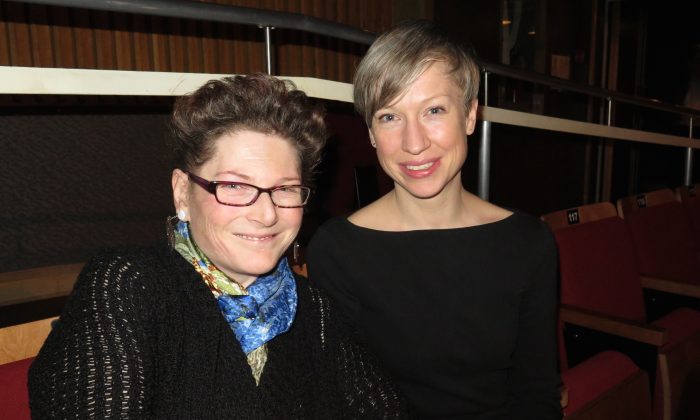 VANCOUVER, Canada— Shen Yun Performing Arts’ promotional materials describe classical Chinese dance as “the epitome of China’s traditional aesthetics.” The ancient art form was passed down and honed over thousands of years, eventually developing into one of the most comprehensive dance systems in the world.

It’s no wonder then that medical technologist Jordan Lewis, a former professional ballet dancer, was highly impressed by the classical Chinese dance she witnessed during Shen Yun’s matinee performance at the Queen Elizabeth Theatre in Vancouver on Jan. 23.

“I like Shen Yun because I danced ballet for 16 years so I have a great appreciation for dance in general, but also because the Chinese dance in particular has some very complex motions and movements to it,” she said.

“And they do a wonderful combination of real-life dance and using electronics [animated backdrops] to enhance the show. It’s really something that you don’t see anywhere else.”

“I love it,” she said of classical Chinese dance. “It’s very beautiful to watch, and emotionally intense to experience.”

Shen Yun, whose mission is to revive the essence of traditional Chinese culture, says classical Chinese dance is “the perfect medium for sharing the wisdom and values of five millennia of Chinese civilization.”

As an experienced dancer, Ms. Jordan had a keen eye for the differences between the male and female dancers.

“The drum dance is lovely. Most of the male dances have a very distinctive, masculine form to them. The format is so much more succinct. The female dances have this long, poetic movement to them and the men’s dances don’t have that, so it’s a nice juxtaposition,” she said.

“And I just love the representation of the—even the hairstyles with the costuming, the Tibetan costuming, they all had braids. It was wonderful. The little details don’t escape the choreographers and stylist who work on Shen Yun and I appreciate how much effort they put in. Everything’s so pleasing to the eye.”

She added that she loved the colour combinations in the wide array of costumes, which are all originally designed and handmade.

“They’re so appealing, so beautiful to see,” she said. “Like green and orange—I would never put that together in my own life, but it’s so beautiful, and it’s reflective of nature. I mean, that’s how an orange tree looks like but you don’t think about it until you see it for real, on stage or in life, so it’s easy to overlook.”