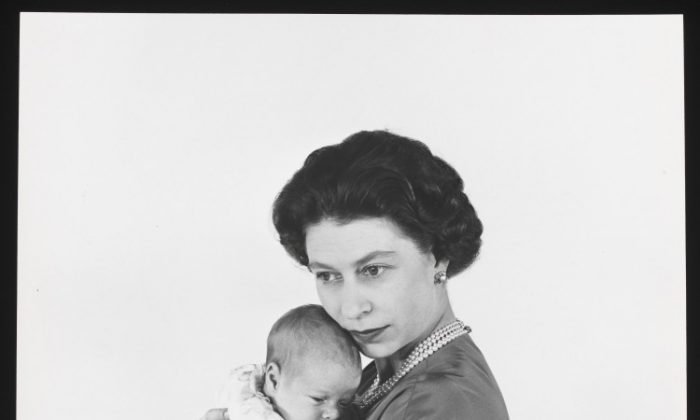 In Celebration of Her Majesty the Queen

It was a challenging task for Susanna Brown, curator of photographs at London’s Victoria & Albert Museum, to sift through Cecil Beaton’s entire archive of royal portraits, some 18,000 photographs and negatives. Beaton captured the royal family so wonderfully on many different occasions.

The current photographs on display in the exhibition “Queen Elizabeth II by Cecil Beaton” have been carefully refined to around 100 portraits. She says her selection was led by a desire to tell the story of Beaton’s long and enduring relationship with the monarchy, while capturing some of the key moments in the life of Her Majesty Queen Elizabeth II.

The portraits are arranged in five parts, showing a distinct shift between Beaton’s photographic styles. The early portraits of princess Elizabeth are romantic and painterly, with rococo-inspired backdrops, and sometimes incorporate flowers picked from his own garden. His later images were much more simple in composition, and included the natural and intimate moments of the Queen with her children. These tender portraits became particularly iconic.

“I think the later pictures reflect the royal family’s desire to appear more accessible and modern,” says Brown in an e-mail. These moments were captured perfectly, making the Queen become a figure many parents could easily relate to. The Queen Mother was greatly inspired by his photographs, and wrote to Beaton in a letter, “As a family, we must be deeply grateful to you for producing us as really quite nice and real people!”

He was greatly skilled, as Brown explains: “Beaton was an imaginative and talented photographer, but I think part of his success was down to his personality. He had a great rapport with the sitters (in particular Queen Elizabeth The Queen Mother), and would often tell amusing stories or leap about with his Rolleiflex camera to elicit genuine smiles.”

Apart from the many beautiful portraits, some which have never been seen publicly before, this exhibition also contains letters and extracts from Beaton’s handwritten diaries. The exhibition truly gives us a small insight into the life of the Queen, as a teenage princess, a mother, and a monarch.

A version of the exhibition will tour around the UK to Leeds City Museum, Norwich Castle Museum, and Laing Art Gallery in Newcastle, and internationally to the Art Gallery of Ballarat in Australia, and the Royal British Columbia Museum and the McMichael Canadian Art Collection in Canada.