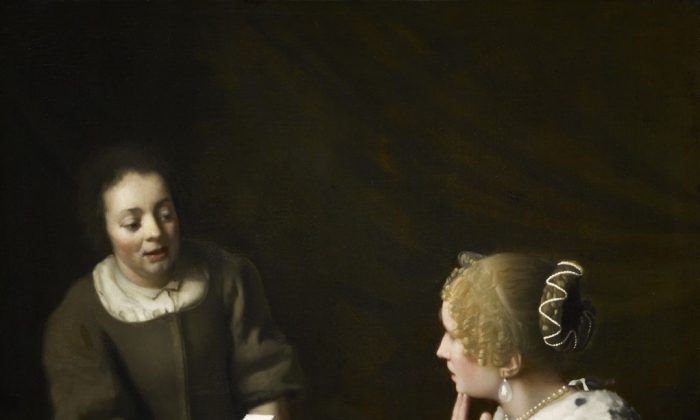 In Admiration at The Frick Museum

When you meander through Henry Clay Frick’s living room, any minute you expect someone to appear with a well-timed silver platter laden with coffee and pastries presented on the finest porcelain. To this day, the living room is the only room in the whole building that has remained exactly the same since the Pittsburgh industrialist and financier lived in it.

We are at The Frick Museum, of course, the institution so familiar to New Yorkers that they may have overlooked re-visiting it for a while.

The latter portraits are none other than the ubiquitously reproduced one of Sir Thomas More, who opposed Henry VIII’s Act of Supremacy over the church, and that of his arch enemy, Thomas Cromwell, who ordered the beheading of Sir Thomas.

As fate would have it, Cromwell, who supported the king’s Act of Supremacy thus gaining high favor from Henry VIII, also lost his head in 1540.

These are just the kinds of details that Henry Clay Frick (1849–1919) would have relished and presented to his guests when showing his art collection.

Curator Nathaniel Silver explained that at the time Frick was collecting, the vogue was to acquire old masters’ paintings, sculptures, and decorative arts.

“He really embraced that trend, and he sought out only the finest examples,” Silver explained. He also mentioned that there was no emphasis on any particular school such as the Italian school, the Dutch, German, Baroque, or Renaissance, “but what you see are examples of the very best works by some of the groundbreaking artists of their time.

Recommended: Piero della Francesca and I

“The Rembrandt 1658 portrait, the Velasquez, the portrait of Phillip the IV, Bellini’s ‘St. Francis in the Desert,’ these are not just representative works by these artists, they’re iconic works. They’re some of the greatest masterpieces,” Silver said.

We also get to see seminal points in the artists’ own creative journeys.

Rembrandt’s portrait of fur merchant Nicolaes Ruts was the artist’s first commission and one that propelled his fame as a portrait painter when he was 24 years old. As a result, he painted no less than 40 portraits between 1631 and 1635.

Another happy find was Anthony van Dyke’s astonishing portrait of his friend, Frans Snyders and his wife, Margareta de Vos. Snyders; the two companion works had been separated since 1793 but were reunited due to Mr. Frick collecting prowess and deep pockets.

Time travel may not be on your mind as you make it out of the subway on 68th Street and Lexington Ave. and head towards The Frick. But staring at Margareta de Vos. Snyders’s bemused and penetrating eyes, you’re in the 1620’s and wondering if the lady’s embroiderer went blind or if she could squeeze in another order—gold thread a must.

Then there’s John Constable’s own favorite painting (according to the audio guide) meekly titled “The White Horse.” It invites you to sit down on the lush grass and wonder just how deep is that wee loch, and couldn’t the horse just swim through or even walk across rather than being laboriously transported? Maybe I’m just being picky.

In any case, if the ferryman’s fee to transport me to 1819 is paid in lingering admiration, I’m all there.

By now the problem you might have is something like a Bridget Jones’s diary scenario—clumsy, over-enthusiastic protagonist (let’s just say, writer) gets too close to art works, making the ushers very nervous. The only solution is to retreat and come again with fresh eyes and perhaps more self-composure.

So the permanent collection is just that, but Silver points out that The Frick Collection is, in fact, constantly changing with temporary exhibitions showing works on loan.

We have the benefit that not even Henry Clay himself had, in that he could only enjoy his house and art collection for five years, before he passed away in 1919. Luckily, because he stipulated in his will that nothing in his collection should leave the building, there is time to re-visit it and get immersed another time, now and then.

And one last thing: watch out for The Fragonard Room, you may get a bit dizzy and reach to loosen your corset, unless of course your smelling salts are at hand. Just don’t try to sit down, you may get a rude awakening.