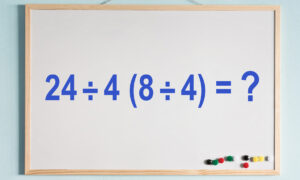 There Are Several Solutions for This Tricky Math Problem–Can You Get the Correct Answer?
0 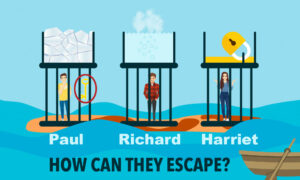 Three Friends Are Locked in Cages: Can You Solve This Nail-Biting Survival Riddle?
0 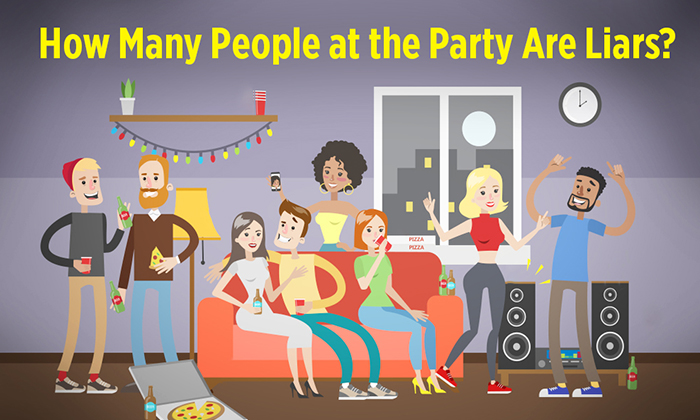 ‘Impossible’ Logic Puzzle: Can You Tell How Many Liars Are at the Party?

Imagine you are at a party with 100 people, and those partygoers are one of either two types of people: either truth tellers who always tell the truth, or liars who always lie.

Can you determine how many liars there were at the party?

This may seem like an impossible problem, as we do not know how many of them shook hands with each other. However, using logic as a tool, there is way to determine how many are liars. Take a moment to figure out the solution, and when you think you have it, or if you’ve hit a dead end, scroll down to see how to unravel this logic problem.

Let’s take a closer look at each person who attended the party and see what logic tells us: first, label each person according to how many truth tellers they claimed to shake hands with:

Which includes Person 0, who claims to have shaken hands with 0 truth tellers.

From this, we can deduce that it’s not possible for Person 99 to be a truth teller.

Now, following this pattern, we can make a similar deduction for Persons 97, 96, 95 … all the way to Person 1, and logically deduce the same conclusion: that they are all liars.

Since everyone else at the party is a liar, there are 0 truth tellers for Person 0 to shake hands with, regardless of how many people’s hands he shook. Therefore, we can deduce that person 0 is telling the truth.

So, the answer is there are 99 liars at the party.

Based on a problem originally published by Mind Your Decisions YouTube channel.