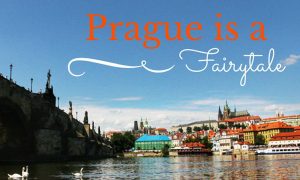 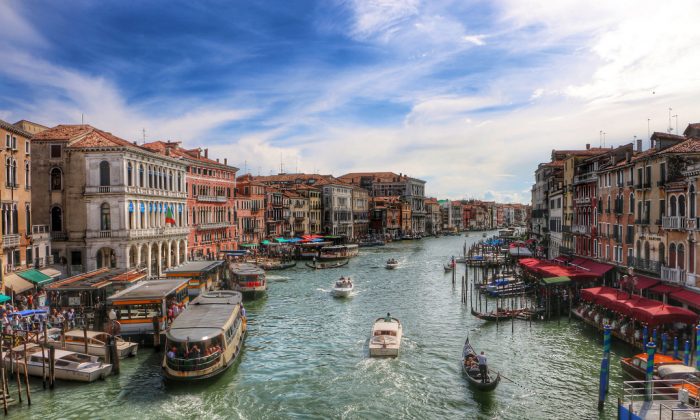 If Prague Is a Fairytale, Venice Is a Painting

I’ll admit our trip to Italy started out pretty rough.

Stepping onto my first-ever overnight train in Vienna, we looked at the seats in our sleeper car puzzled. How exactly do these fold out into beds? Tugging on the seats, we soon realized they didn’t. Pulling out another 5 inches or so, you’d have to be severely vertically impaired or a young child to be able to lay down on one of these things.

If no one else was in our cabin, then it would be no problem to lay down across the whole row of seats. Of course my dream of a semi-decent night’s sleep came crashing down as we were squished between four large Italian ladies.

It was like we were in a bad comedy.

These ladies, who could barely fit in the cabin themselves, each brought an overseas suitcase. They, too, looked puzzled and began playing a game of Tetris to make everything fit. It was hard not too laugh as these ladies as the smaller of the two, who were also very short, began climbing on one another and the couchette to hoist their luggage overhead.

Squished like sardines the train began to pull away from the station. Around an hour later at 11:30pm, we arrived in Linz. I expected us to pick up a few more people before carrying on our way to Venice. Instead we sat, and sat, and sat some more. Over an hour had passed and we were still sitting.

A bunch of people who looked my age began getting on board asking if they could share our cabin. Uh, did they not actually look in our cabin?? Where were they supposed to fit?

They pleaded with us, saying that this was the only train heading to Venice for days that would allow them to get home.

With literally not an inch of space to spare we had to send them on their way to the next cabin. Minutes later another person appeared pleading with us the same as the person before, only this time, they added one little detail–

No wonder things were a mess. The Italian trains were on strike once again, and this Austrian train was the only one making it into Italy that week. We were lucky we had booked this train over the others we were looking at.

Finally, at around 8am, our train slowly pulled into Venice.

Having little to no sleep, we were tired, hungry and just wanted to find our hotel.

After a short nap to refresh, we forced ourselves to go out and explore the city. We only had two days here so we had to make the most of it. Plus it was supposed to rain.

Riding the vaporetto through the canals, suddenly I didn’t feel so tired anymore and the troublesome journey felt all worthwhile. I know I raved on and on about the beauty of Prague, comparing it to being stuck inside a fairytale, but I think the beauty of Venice blew Prague out of the water.

With bright blue skies, the water glowed an emerald green color. I felt like I was stuck inside a watercolor painting.