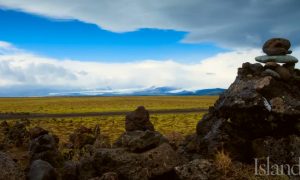 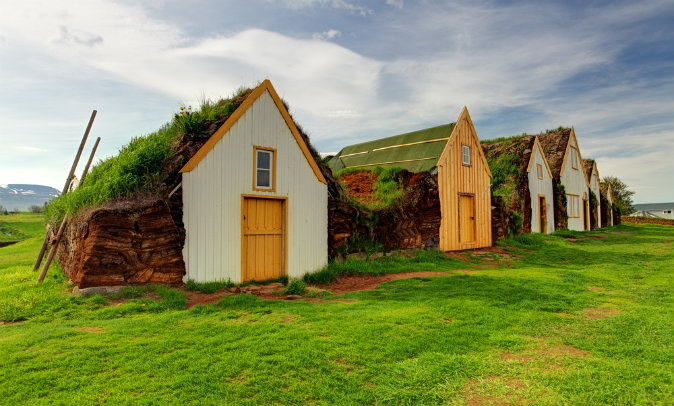 REYKJAVIK, Iceland- I have perhaps been the recipient of more regularly given small acts of kindness in Iceland than in any other country that I have ever traveled in. For a friend to do something nice for another friend is to make an investment into the friendship — this is normal everywhere — but for a complete stranger to do something nice or go out of their way, unprovoked, for someone they know they will probably never see again is truly a remarkable act. My travels in Iceland have been riddled by such remarkable acts, as many people have taken the time, effort, and, perhaps most importantly, initiative, to do a little extra for a man who is simply passing through. It is these small acts of kindness — things that don’t really require much effort but someone does them anyway just to be nice — that can really make a place and a people seem much brighter to the traveler.

Medium pizza instead of small
“What does this say here, that I can get a small one topping pizza for 500 krona?” I asked a worker behind the counter of a Domino’s pizzeria in Reykjavik. I could just barely guess what the Icelandic language specials menu said, and wanted to be sure before ordering (and not risk ending up with a container of celery or something stupid like that).

“Yes,” the young guy replied, “but we have another special that you may be interested in.” He pointed to the specials menu. “You can get a medium size, three topping pizza for 1,000 krona.”

He showed me the size difference between a small and a medium. I went for the small. “I don’t think I could eat a medium pizza by myself,” I explained.

“Ok, I am not trying to push you into anything,” he replied with a smile, “so that is a one topping small pizza then, right?”

The guy then went and made me a three topping medium pizza anyway.

Wrong directions correction
I was walking down near the industrial port of Reykjavik looking for the ferry to Videy Island. I checked the maps and a guidebook and determined that the ferry picked up passengers nearby. I asked an older bearded man who was standing outside of a fish processing plant where it was. He told me that I was way off, that the ferry for this island only left from downtown, that where we were was just a bunch of docks for fishing and merchant ships.

[adsense]Knowing well that print guidebooks tend to be outdated by the time they are published, I regarded the new directions that I received highly — this guy was obviously either a fisherman or an employee at the fish processing plant, he should know what boats stop at what docks. I began walking along the coast towards downtown.

After around fifteen minutes of walking I heard a truck honking its horn behind me. At first — as is habit — I ignored it. The truck then pulled right up next to me, the old bearded fisheries worker was in the passenger seat.

I looked out to where he pointed, it was right were the guidebook had the dock marked off on the map.

This guy could have easily just shrugged, chuckled, and said “Oh well” upon realizing that he gave me incorrect directions — as so many people in this world would do. But he didn’t. Instead, he took responsibility for me (a tourist) and his own actions, and took the time to correct his error and to be sure that I arrived to where I was going. This is called hospitality.

Room for price of campsite
After cycling through the night in a ceaseless windstorm in a landscape that provided vivid snapshots of hell interspersed with those of the moon I arrived at a little farm that had a sign out front advertising their camping facilities. I was beat, I guessed that it was around midnight.

I knocked on farmhouse door and a young woman appeared. I requested accommodation, I asked what types she had available — thinking all the while how difficult it would be to set up a tent in the 50MPH winds. She told me that she had rooms available for 3,500 krona (30 USD) and that camping was half that much.

Knowing that I could not drop the cash for a room I selected the camping option with a distinct lack of enthusiasm.

“Would you like to stay in a room?” the girl asked suddenly.

“Of course, but I can’t really afford it,” I replied

“It is OK,” the girl spoke, “for tonight you can have a room for the price of camping. It is too windy out there to set up a tent.”

She then handed me a key.

Tourist information saves bicycle journey
In Borgarnes, on my fifth day of my bicycle journey out from Reykjavik, I realized that I had WAY too much gear with me. I had two tents,  as the Hennessy Hammock that I brought with me proved to be unsuitable for Iceland (and it was something I was not prepared to ditch). I had a mountain of clothing, as I mistakenly thought that Iceland would be far colder than what it ended up being. I had a week+ supply of food that I was not willing to part with, six liters of water, a sleeping bag, and a messenger bag that was laden with nothing else besides my webmastering and writing gear.

With all of this stuff piled onto a bicycle, I not only looked ridiculous, but I was severely impeded in movement as well — and the load, essentially, served as a big sail for the wind to catch. The back wheel of the bicycle was also becoming bent up and disfigured under all of this gear. I tend to think ultra-light camping/trekking/ biking is a very stupid, trendy endeavor — rather than intentionally not carrying what you need, why not just get stronger? — but I was pushing the bounds of even maximalist travel packing. I had over 100lbs of gear.

In point, my excessive load was not only making bicycle travel in Iceland more difficult and less enjoyable, but also made the journey vastly more dangerous — I was being pushed out into the road in gusts of wind, the back wheel was showing signs that it could break at any time. I needed to drop some gear to salvage this trip.

Upon proclaiming that I would not spend another night in the Borgarnes campground — no matter what — I realized that I would need to leave town. The next sizable town where I could perhaps leave some of my bags was over 400km away. I needed to either drop some weight in Borgarnes or take a bus back to Reykjavik to put some gear in storage or hide it in the bushes of a park. I generally have no qualms about throwing out some unneeded gear minimalist travel style, but, in this case, I had a lot of long term gear: I wanted to keep it.

An old travel adage rang out: When no other option presents itself, go to tourist information.

“I am traveling by bicycle, and I have way too much gear. It is way too heavy on the back wheel, it is going to break, I am in trouble,” I explained to the young guy behind the counter. “I need to leave some things somewhere in order to continue my bicycle travels. Do you know of anywhere that I can leave a backpack for around two weeks?”

The tourist information guy’s name was Johann, and he thought hard for a moment, suggested a couple of not very good possibilities, said that they were not very good, and then replied that he had no idea where I could store a backpack.

I looked at the tourist information guy squarely, and asked directly, “Could I just leave a backpack here?”

He looked at me squarely, thought for a moment, then — to my surprise — said, “Why not?”

The trip was saved, I handed over a large backpack, he stored it in the tourist information office.

Two weeks later I was on my way back to Reykjavik on a bus. It had a scheduled layover in Borgarnes. I called ahead to Johann at the tourist information office to see if they would still be open when I got there. The bus was arranged to get in at 6:20 PM, but the tourist info shop closed at six. Almost unbelievably, Johann offered to wait for me with my backpack so I could pick it up en route to Reykjavik rather than needing to make a separate trip. When I arrived in Borgarnes Johann was waiting for me at the bus stop with my backpack.