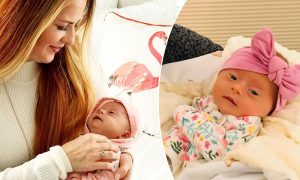 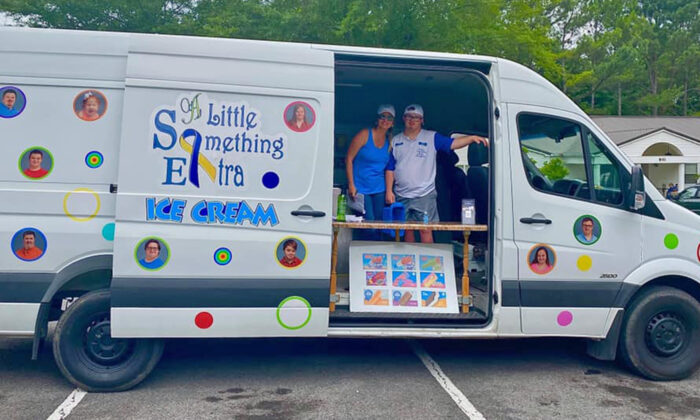 A mother from Alabama started a mobile ice cream truck so that she could create a job opportunity for her son with Down syndrome. Now, this one-of-a-kind business is “changing the world one ice cream at a time.”

Michelle Norwood, a special education teacher, had dreamed of starting an ice cream truck. However, only in 2017 while visiting her sister in Memphis did she patronize her first ice cream truck. But this time, she wanted to open one that could employ her son, Hunter Norwood, and those with other disabilities, according to AL.com.

In small rural communities like Dawson, where Michelle’s family lives, it is hard for people like Hunter to find job opportunities, according to Michelle. Thus, the mom was worried that her son “would never experience things that bring gratification, such as a paycheck and a job title.”

After one year of research, in August 2018, the ice cream truck “A Little Something Extra” was launched. The special name refers to an extra chromosome that causes Down syndrome. According to Michelle, it is “the first ice cream truck of its kind in America.”

Hunter, 19, is the CEO of the noteworthy truck, which operates from March through October serving nursing homes, golf tournaments, schools, birthday parties, and other special events.

The truck, which trains and employs others with intellectual and physical exceptionalities, first teaches its employees social, life, and employment skills that are then followed by a certification program to become “ice cream experts,” notes their website.

The specially crafted truck carries prepackaged Blue Bunny Ice Cream. However, apart from selling its delicious treats, the beautiful truck features images of young adults who have “various exceptionalities” for its artwork, and Hunter and his siblings, Hope, 22, and a younger brother, Brodie, 14, on the back.

Since the inception of A Little Something Extra, over a dozen youngsters have been trained to sell ice creams on the truck. “I had high expectations, but each worker has come in and blown me away with their ability,” Michelle says. “It really has been amazing.”

Needless to say, a lot of people who visit the truck are more than happy to be served by their special ice cream experts. “You might get a brain freeze, but your heart melts. It has restored my faith in humanity,” Michelle added.

For Michelle, the ice cream truck has become an innovative medium to provide awareness and teach the value of diversity and acceptance.

“I can remember when Hunter was born, no one wanted to talk about what he could do. They wanted to say all of these things that might hold him back. No one wanted to say, hey, he could be a CEO one day. Well, guess what? He is,” Michelle told The Sand Mountain Reporter.

Explaining Hunter’s childhood days, Michelle said that her son was a bit delayed in growing up. While other kids his age were already playing T-ball or going to Vacation Bible School, Hunter was still learning to take his first steps or even potty train. However, A Little Something Extra has given the youngster, who graduated from Geraldine High School, a spot to shine.

“He takes pride in telling people that he’s the CEO and this gives him the perfect opportunity to spend with his friends as well,” Michelle said.

As for what the future holds, Michelle explains that if things go according to the plan, A Little Something Extra will be selling ice creams and spreading joy to people at Auburn University, reports AL.com

As for Hunter, who is currently in his Year 13 program at his high school, he wishes to attend Auburn someday.