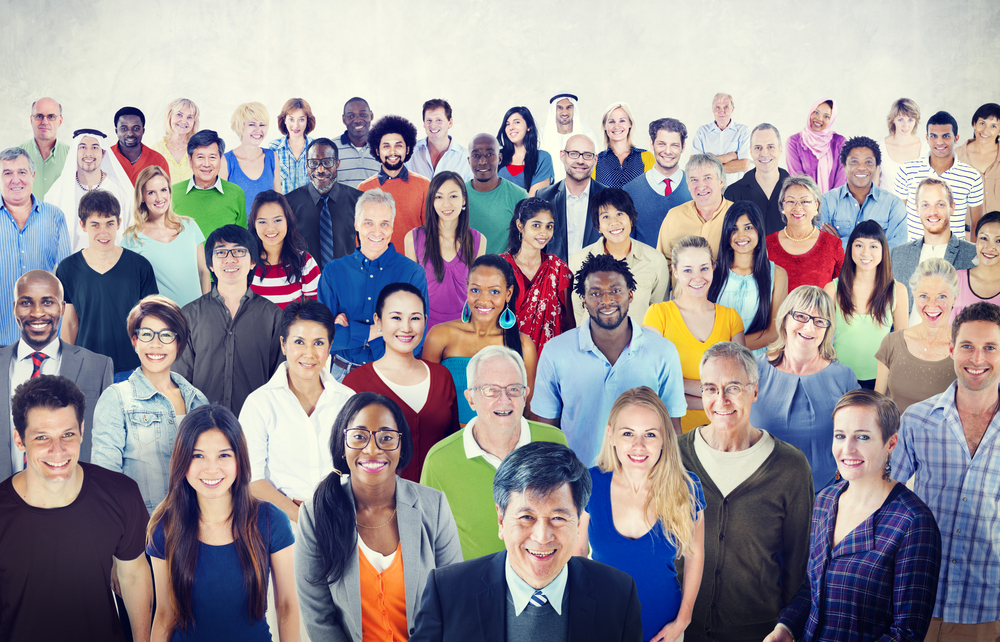 ll people have prejudices, but learning more about them could help keep them in check. (*Shutterstock)
People

Humans are highly social creatures. Our brains have evolved to allow us to survive and thrive in complex social environments. Accordingly, the behaviors and emotions that help us navigate our social sphere are entrenched in networks of neurons within our brains.

Social motivations, such as the desire to be a member of a group or to compete with others, are among the most basic human drives. In fact, our brains are able to assess “in-group” (us) and “out-group” (them) membership within a fraction of a second. This ability, once necessary for our survival, has largely become a detriment to society.

Understanding the neural network controlling these impulses, and those that temper them, may shed light on how to resolve social injustices that plague our world.

Prejudice in the Brain

In social psychology, prejudice is defined as an attitude toward a person on the basis of his or her group membership. Prejudice evolved in humans because at one time it helped us avoid real danger. At its core, prejudice is simply an association of a sensory cue (e.g., a snake in the grass, the growling of a wolf) to an innate behavioral response (e.g., fight-and-flight). In dangerous situations time is of the essence, and so human beings adapted mechanisms to respond quickly to visual cues that our brains deem dangerous without our conscious awareness. The rub in all of this is that our brains have inherited the tendency to erroneously deem something dangerous when it is in fact benign. It is safer to make false-positive assumptions (avoid something that was good), than to make false-negative assumptions (not avoid something that was bad).

Neuroscience has begun to tease out the neural underpinnings of prejudice in the human brain. We now know that prejudiced behavior is controlled through a complex neural pathway consisting of cortical and sub-cortical regions.

A brain structure called the amygdala is the seat of classical fear conditioning and emotion in the brain. Psychological research has consistently supported the role of fear in prejudiced behavior. For this reason, the vast majority of brain research on this topic has focused on the amygdala and the cortical regions that influence it.

Focus on the Amygdala

In one study by Jaclyn Ronquillo and her colleagues, eleven young, white males underwent functional magnetic resonance imaging (fMRI) while being shown photographs of faces with varied skin tones. When they viewed black faces, it resulted in greater amygdala activity than when they viewed white faces. Amygdala activation was equal for light and dark black faces, but dark-skinned white people had greater activation than those with lighter skin tone. The authors concluded that Afrocentric features drove an unconscious fear response in white participants.

More recent imaging research has supported the intractable nature of prejudice in the human psyche. Chad Forbes and colleagues found that even self-reported non-prejudiced subjects could be prejudiced in some situations. White study subjects had increased amygdala activation while viewing images of black faces when they were listening to violent, misogynistic rap music, but not when listening to death metal or no music. Interestingly, they found that a region of the frontal cortex – an area of the brain expected to tamp down amygdala activation – was also activated.

The researchers speculated that the music reinforced a negative stereotype about black subjects, creating a situation in which the white subjects were not able to temper their prejudiced emotions. In fact, the authors speculated that the frontal cortices – generally thought of as areas of “higher” brain function – were instead recruited to help justify the feelings of prejudice felt by the participants listening to rap music.

Other research has shown that the amygdala response to out-group faces is not strictly bound to characteristics such as race. The amygdala responds to any out-group category, depending on whatever someone deems is salient information: your sports team affiliation, gender, sexual orientation, where you go to school, and so on.

Brains Can Control Bias Too

The Forbes et al study highlights that our ability to control reactionary implicit bias is dependent on the frontal cortices of the brain. A particularly important region of the cortex is the medial prefrontal cortex (mPFC).

The mPFC is the seat of empathy in the brain. It forms impressions about other people and helps us consider other perspectives. A lack of mPFC activity is associated with prejudice marked by dehumanization and objectification of others. For example, it is known that mPFC activation increases when we view a person of high esteem or prestige – for example, firefighters or astronauts – but not when we view someone marked with disregard or disgust, such as a drug addict or homeless person. Men with highly sexist attitudes have less mPFC activity when viewing sexual images of female bodies. These men also believed sexualized women have “less control over their own lives.”

Taken together, it seems that though the frontal cortices are able to reduce our innate prejudices about certain people, they are greatly influenced by context. In other words, our desire to not be prejudiced may sometimes get trumped by exposure to media supporting stereotypical portrayals of certain groups. Moving forward, it is essential to take into account not only the neural architecture of prejudice, but also the context in which we humans live.

Current questions being addressed in this field of research include whether or not amygdala activation in response to those of other races is something we’re born doing or a learned phenomenon. So far, research suggests that amygdala activity in response to out-group members is not innate, and develops later in adolescence. Also, studies support the notion that childhood exposure to diversity can reduce the salience of race in adulthood.

In today’s world people are more connected than ever – from social media to Skype, to the never-ending news cycle – people are exposed to increasing diversity. Due to these advances, we as a global community are also faced with the knowledge that prejudice-based discrimination and violence still exist. It’s become a human imperative to transcend divisive impulses which no longer serve our survival. Neuroscience has started to educate us about innate human drives. It’s now up to all of us how to use this information.

*Image of a crowd via Shutterstock