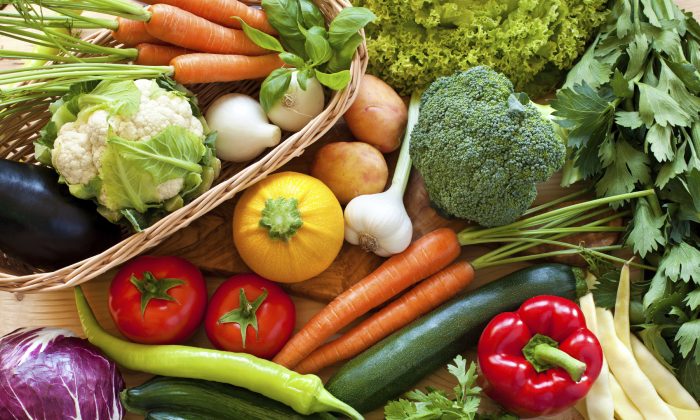 Researchers have found evidence that a vegetarian diet has led to a genetic mutation that may increase people’s risk of heart disease and colon cancer.

In a new study published in the journal Molecular Biology and Evolution, researchers compared a primarily vegetarian population from Pune, India to a traditional meat-eating American population, mostly from Kansas. The researchers found a higher frequency of the mutation called “rs66698963” in the Indian population.

However, arachidonic acid is also known for its pro-inflammatory and pro-blood clotting properties. Today, this genetic mutation can be a problem because omega-6 fats are readily available in an increasing number of foods and oils. Consequently, people with this mutation are retaining higher levels of arachidonic acid in their blood and tissues.

We spoke to lead author Tom Brenna from Cornell University about his study and the consequences for traditionally vegetarian populations.

ResearchGate: What were the results of your study?

Tom Brenna: In 2012 we discovered a genetic variant called “rs66698963” in the part of the human genome that influences the ability of a particular human to convert the plant polyunsaturated fatty acids (PUFA) into the much more functionally important long chain PUFAs (LCPUFA) such as omega-6 arachidonic acid closely associated with animals. In cell culture, we showed that rs66698963 appears to be important for synthesis of the omega-6 fatty arachidonic acid, known for its pro-inflammatory, pro-blood clotting properties.

In the present study, we show that rs66698963 controls the basal levels of omega-6 arachidonic acid in humans. Moreover, and forming the bulk of the results reported in the current study, lead co-author Alon Keinan and post-doctoral fellow Kaixiong Ye revealed that the genotypes of rs66698963 are selected by evolution in a manner predictable based on the traditional diets in several populations around the world. Vegetarians for instance would favor the genotype that produces higher arachidonic acid, whereas fish and meat eaters favor the one that produces less.

RG: Can you explain your study’s design? Where did you get your data?

Brenna: We first looked at the genotypes and fatty acid profiles of about 200 (human) participants and found the relationship between genotype and arachidonic acid levels using data from our co-author Professor Susan Carlson at the University of Kansas. We then used the publicly available 1000 Genomes database to investigate the frequency of the genotypes in various parts of the world. Using a battery of calculations, Keinan and Ye developed strong evidence that the genotype is evolutionarily adaptive in specific populations that have very different traditional diets. Arachidonic acid is found at trace levels in plant foods but is present in animal foods, especially meat and fish. This well-known nutrition fact led naturally to the now-supported hypothesis that the variant would be a key functional variant.

RG: What is the mutation’s relationship to heart disease and colon cancer?

Brenna: Both heart disease and cancer are increasingly recognized as diseases enhanced by chronic low level inflammation. Omega-6 arachidonic acid mediates and enhances inflammation and thus may well be a contributing factor to the decades long development of heart disease, as well as accelerating the development of cancer cells and tumors.

RG: Over how many generations did this mutation form?

Brenna: The mutation occurred once or twice perhaps a million years ago, we don’t really know when, and then evolution based on diet took over. It made individuals carrying the variant more or less fit, in the evolutionary sense, depending on their diet, whether it was vegetarian or included meat and fish.

RG: What implications does your study have for vegetarians in developing and developed countries?

Brenna: Persons with one of the genotypes that we call the I/I genotype, have on average higher omega-6 arachidonic acid levels, probably because of increased synthesis from plant fatty acids. The I/I genotype is favored in traditional vegetarian populations.

Should You Go Vegetarian to Control Your Blood Pressure?

The plant omega-6 linoleic acid – from which the arachidonic acid is derived – is normally at low levels in traditional whole food diets as well as in fruit oils such as olive oil and avocado oil, or in dairy fat. However, it is a factor of 10 or more higher in industrially produced oilseeds such as traditional sunflower, safflower, corn, soy and peanut oils. The increasing availability of high omega-6 seed oils in the developing world will be most pro-inflammatory and pro-clotting for those persons with the genetics of traditional vegetarians because their genotype will maintain higher omega-6 arachidonic acid in their blood and tissues.

Omega-6 arachidonic acid also suppresses omega-3 docosahexaenoic acid needed for brain development starting in pregnancy and through 20 years of age. These are major issues as the fat content of the diet for well-nourished persons is from 15 percent to 45 percent of calories and much of this is cooking and salad oil.

In the U.S., the situation is different. The U.S. oilseed industry is now shifting production of the oilseeds I mentioned, sunflower, safflower, corn, soy and peanut, to high oleic varieties that have similar omega-6 linoleic acid composition as the fruit oils I mentioned, olive and avocado oil, and milkfat as well. As that shift continues, the effects are expected to become less pronounced. My sense is that it is of the utmost importance to introduce these high oleic oils into traditional vegetarian populations.

RG: Will you study the effects of this mutation further?

Brenna: We very much hope to attract support to do studies in Africa on brain development and the use of these industrially produced oils, and the relevant genotypes. We want to translate our current findings into precision medicine and precision nutrition, in vulnerable children in central and east Africa. These studies will also have important implications for child development and brain health in the developed world.