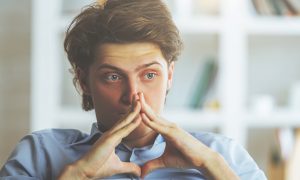 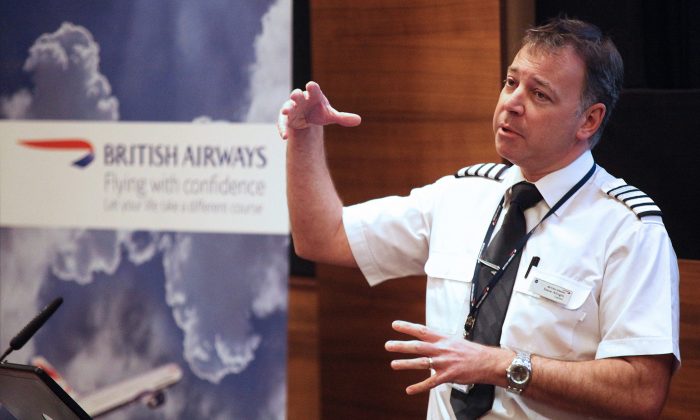 How to Overcome Fear of Flying: Tips from Pilots

If you’ve ever wiggled your way out of a long-distance trip, neglected to visit faraway loved ones, or passed up a vacation because you didn’t want to have to board a plane to get there, you may have a fear of flying.

Fear of flying is relatively common. Estimates say just 2.5 percent to 6.5 percent of Americans have a full-blown phobia of flying, but general anxiety or nervousness around flights is more widespread.

While the concept of boarding a giant metal tube and ascending 30,000 feet into the air does seem a little wild, in truth, flying is a prudent and reliable way to travel. Steering clear isn’t keeping you any safer—just holding you back from experiences and trips you might love.

When it comes to overcoming the fear of flying so you can say “yes” to taking to the skies, who better to advise you than a professional who operates multiple flights a day, with thousands upon thousands of hours in the air? Tips from pilots prove sound, insightful, and trustworthy for people who avoid planes like the plague.

As one pilot points out, a fear of flying doesn’t have one single root cause, and thus there’s no one-size-fits-all solution.

“One person might be afraid the maintenance hasn’t been done correctly, another is bothered by turbulence, and somebody else wants to know the experience levels of their pilots,” says Brett Manders, international airline pilot and author of the book “Behind the Flight Deck Door: Insider Knowledge About Everything You’ve Ever Wanted to Ask a Pilot.”

Because every person’s fear stems from a different concern, it’s important to reflect on what, exactly, you’re afraid of, and then tackle the fear from there.

What some fear is not the experience of flying itself, but the possibility that they will panic or be overcome by anxiety during a flight—a deeply unpleasant, even traumatizing, experience with no way out. The enclosed space, lack of freedom, occasional turbulence, and decidedly unluxurious environment all feed into that fear, creating a perfect storm that can cause people to eschew flying altogether for years or even lifetimes. (And that’s not to mention the dramatic headlines of rare crashes and catastrophes.)

It’s true that once you’re in the air, it’s not up to you whether you land, fly, sit, or stand. But what is within your realm of control is you. Practicing meditation, receiving therapy for the phobia, conducting breathing exercises, or having some sort of comfort—be it religious or secular—to which you can cling is essential in combating anxiety and panic. For some, medication may be required; a medical professional will be able to advise specific routes of treatment.

In other cases of aviophobia, approaching the situation rationally, equipped with a toolbox of fear-fighting strategies, can help.

Tom Bunn, a retired captain and licensed therapist, cites some indisputable facts. “We pilots would not be doing this job unless it was safe enough,” he says. “And insurance companies are no fools; they sell pilots insurance at the same rates as non-pilots.”

Bunn has been helping nervous flyers overcome their fear for more than 35 years through his program SOAR and website FearOfFlying.com. His top tip is something he calls the 5-4-3-2-1 Exercise, a meditative method that helps passengers self-soothe and intensely focus on something other than their fear.

Start by saying “I see” and then name something in your peripheral vision; make five of these statements before moving on to “I hear” and naming five things you hear. Your final round is saying “I feel” and naming something you feel—something external, like your leg touching the seat, rather than something internal, such as your racing heart. After you complete a cycle of five statements for each, begin again but make four statements for each sensation, then three, and so on. When you complete the exercise, you can begin again and keep going until you feel calmer and see that your nervousness is manageable.

You can also download the SOAR app for informative videos and advice for getting through the flight, including Bunn’s “Take Me Along” recording that coaches you through a flight, which he says is “like having your own pilot with you.” The app also has a built-in G-Force meter to prove that the plane remains within its mechanical limits, as well as links to turbulence and weather forecasts for your trip.

Tracking turbulence may help ease anxiety for some travelers, as they prefer to know what to expect and when to expect it. Many people are terrified when turbulence hits, imagining that the quick lifts, drops, and shudders signal that the plane is losing control or is in danger in some way. While bumpiness in the air can be an uncomfortable feeling, it’s important to know that turbulence is not a risk to the plane or to the flight.

Captain Steve Allright, a British Airways training captain and director who has run the airline’s Flying with Confidence courses for 24 years, says, “Remember that turbulence is uncomfortable but is not dangerous. It is a perfectly normal part of flying, caused by nature.”

Planes do not crash because of turbulence; it’s merely aberration in airflow, and it doesn’t bother the plane in the slightest. Still, you can opt for a seat at the front of the plane or over the wings to limit how much turbulence you feel.

British Airways has offered the Flying with Confidence course for more than three decades; the one-day program has helped more than 50,000 nervous flyers overcome their fear. It is held regularly at venues around the world and ends with a short flight aboard a British Airways jet, accompanied by a team of pilots, cabin crew, and psychologists. An extra pilot on board provides a commentary on the various phases of the flight.

Lastly, remember that pilots are humans, too—in fact, some of them once battled flying fears of their own before embarking on an airborne career path.

Charles Cunningham, who works at aviation technology company ARGUS International and has 15 years in the aviation industry, says, “I used to fear flying before I became a pilot, and I have a brother who fears flying, who I have to coach every now and again.”

“For me, education was the biggest help with overcoming the fear of flying. Once I understood how an airplane works, many misconceptions related to safety and risk went away,” he says.

Knowing what to expect and getting educated on the flight process can make a world of difference. However, he points out, subduing fear requires working in accordance with your personality and specific fears around flying.

For the number-driven and analytical, looking at the statistics, facts, and science around flying might help, while a person who likes to be in control may be helped by being able to choose their seat, paying attention to what’s going on around them, or even talking to the pilot and seeing the cockpit.

“If all else fails, having good distractions that are immersive or require a high level of concentration nearby, such as movies and games, helps almost everyone,” says Cunningham.

Whatever your fear, there’s one thing you can know for sure. At the end of the day, Manders advises, “Remember your pilots; we have family and friends we want to get home to see also. We are not going to fly an unsafe aircraft or let anything bad happen.”