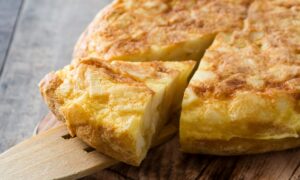 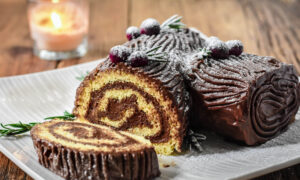 How to Make The Perfect Bûche de Noël
0 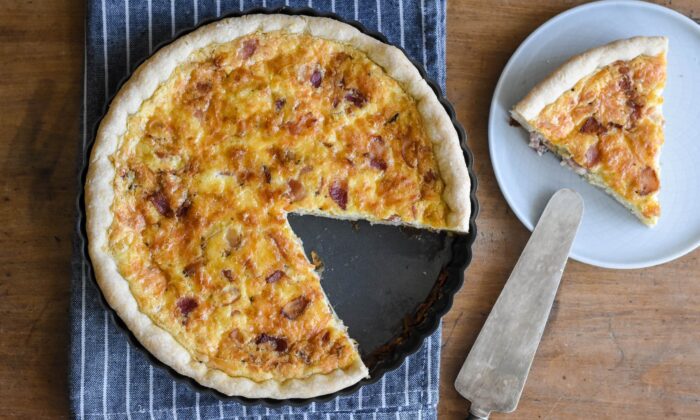 How to Master the Classic Quiche Lorraine

Rich with eggs, cream, bacon, and cheese, this savory French tart is a classic for a reason
By Audrey Le Goff
Print

With a buttery crust and silky custard filling, full of cheese and studded with bits of smoky bacon, the quiche Lorraine is classic French cooking at its best.

Born in the historical Alsace-Lorraine region of northeastern France, this savory tart is today one of the cuisine’s most highly sought-after recipes. But like many popular European dishes, it began as humble peasant food.

It’s said that local bakers used to test the temperature of their ovens by throwing a disk of bread dough inside and seeing how long it took to bake. To not waste anything, the baked test-bread would then be topped with a mixture known as “migaine,” made from eggs, milk, and cream, and speckled with dots of butter, then placed back in the oven to finish cooking. The finished result was an early version of quiche Lorraine.

In 1871, after the Franco-German War, the Alsace-Lorraine territory was ceded by France to Germany, pushing a part of the local population to migrate to Paris and other French cities. Alsatians brought with them their culture and local recipes, including the quiche Lorraine, contributing to building its national popularity.

Today, the quiche Lorraine is a cornerstone of the classical French repertoire—so much so that a special organization exists to protect and promote its traditional recipe. According to the Syndicat National de Défense et de Promotion de l’Authentique Quiche Lorraine (National Society for the Protection and Promotion of the Authentic Quiche Lorraine), an authentic quiche Lorraine may contain only shortcrust pastry, eggs, bacon, crème fraîche, pepper, and nutmeg.

Modern takes on the quiche Lorraine sometimes use milk as a lighter substitute for crème fraîche, and we often add cheese as well. I opt for a combination of both milk and cream—you can’t skip out on good old crème fraîche, in my opinion—so that the filling isn’t too heavy but still tastes rich and creamy. Good quality Swiss cheese provides the final touch.

Essentials of a Quiche Lorraine

This recipe is a home cook’s favorite, as it’s an all-in-one-meal that’s a welcome addition to any table, be it for brunch, lunch, or dinner. Bonus points if you make the pie crust from scratch!

If you are new to making quiches, know that there is nothing to be afraid of here. A quiche simply consists of a crust encasing a savory custard made of egg, cream, and extra fixings—namely, bacon and cheese, in the case of a quiche Lorraine.

There are no difficult techniques or special skill sets involved; success relies more on the choice of good ingredients, and how to properly prepare them before you start assembling the quiche.

Make your own crust, if you have the time. Although you can use a store-bought pie crust for convenience, making your pie crust from scratch will go a long way. My recipe only takes about 15 minutes to make, and guarantees a flaky, buttery crust that will be the perfect vessel for the creamy custard.

In France, home cooks commonly make quiche Lorraine with lardons, pieces of thick, smoked bacon cut into matchsticks. Lardons can be found in any grocery store in France, and are popular in French cooking as they are convenient to use and packed with flavor. But for some reason, they are much harder to find in North America, where large bacon strips are more common.

So to make your own “lardons,” simply slice thick-cut bacon or pancetta into 1/4-inch-thick sticks, then cook them slowly over medium heat until most of their fat has been rendered out. But don’t go overboard—you want your lardons to be cooked but still with a tender bite, not as crisp as bacon bits.

Sometimes, the two ingredients are interchangeable—if you plan on using them uncooked to top off a baked potato, for instance. But since sour cream has less fat and more protein, it is less stable than crème fraîche when heated and can curdle. For quiche Lorraine, using crème fraîche ensures that the filling will be smooth and creamy, and won’t separate when baking.

Be sure to use a hard Swiss-made cheese such as Gruyère or Emmental, both of which should bear an AOP (Appellation d’Origine Protégée) seal. This sign on the label shows that the cheese was made according to strict government-mandated rules and quality standards.

Both cheeses are subtly salty with lovely nutty notes. They are pricier than cheddar, but well worth it as the finishing touch to a quiche Lorraine.

The amount of filling in this recipe is just right for a shallow 9-inch tart pan. Do not fill the crust to the rim; the filling will puff up as it bakes, and then deflate slightly as it cools down. It is best to use a tart pan with a removable bottom, which will support the crust when you lift out your tart.

Quiche Lorraine can be enjoyed hot from the oven or served in cold slices. It also freezes very well, and can be quickly reheated in the oven. Serve it for brunch, lunch, dinner, or anytime in between. It is especially good paired with a fresh green salad.

For the pie crust:

To make the crust: Mix the flour, salt, and butter with your fingers in a large bowl, or pulse in a food processor, until you get a crumbly consistency, with pea-size bits of butter still visible.

Add the water, one tablespoon at a time, and mix until the dough roughly comes together into a ball; do not overmix. Add a few more splashes of water if you feel the dough is too crumbly and dry. Wrap the dough in plastic wrap and chill for at least 30 minutes.

Grease and flour a 9-inch tart pan. Transfer the dough onto a floured working surface and roll it out to a 12-inch circle.

Transfer the crust to the tart pan. Cut any excess crust that hangs over the edges, and poke the bottom of the crust all over with a fork (to prevent it from puffing up when baking)

Preheat the oven to 350 degrees F with a rack in the middle.

In a frying pan, fry the bacon strips for 3 minutes, until just cooked (but not too brown). Drain on a paper towel-lined plate.

Pour the mixture into the crust. Sprinkle the top evenly with the rest of the bacon and cheese.

Bake for 45 to 55 minutes, until the crust is beginning to turn golden. The middle of the filling will be slightly wobbly and puffy, and will firm up and deflate as it cools down. Let cool at least 15 minutes before serving.

Audrey Le Goff is a French food writer, photographer, and creator of the food blog “Pardon Your French,” where she shares recipes and stories from her beloved home country, France. She is the author of the cookbook “Rustic French Cooking Made Easy” (2019). She currently lives in Niagara, Canada. Follow her on Instagram @pardonyourfrench