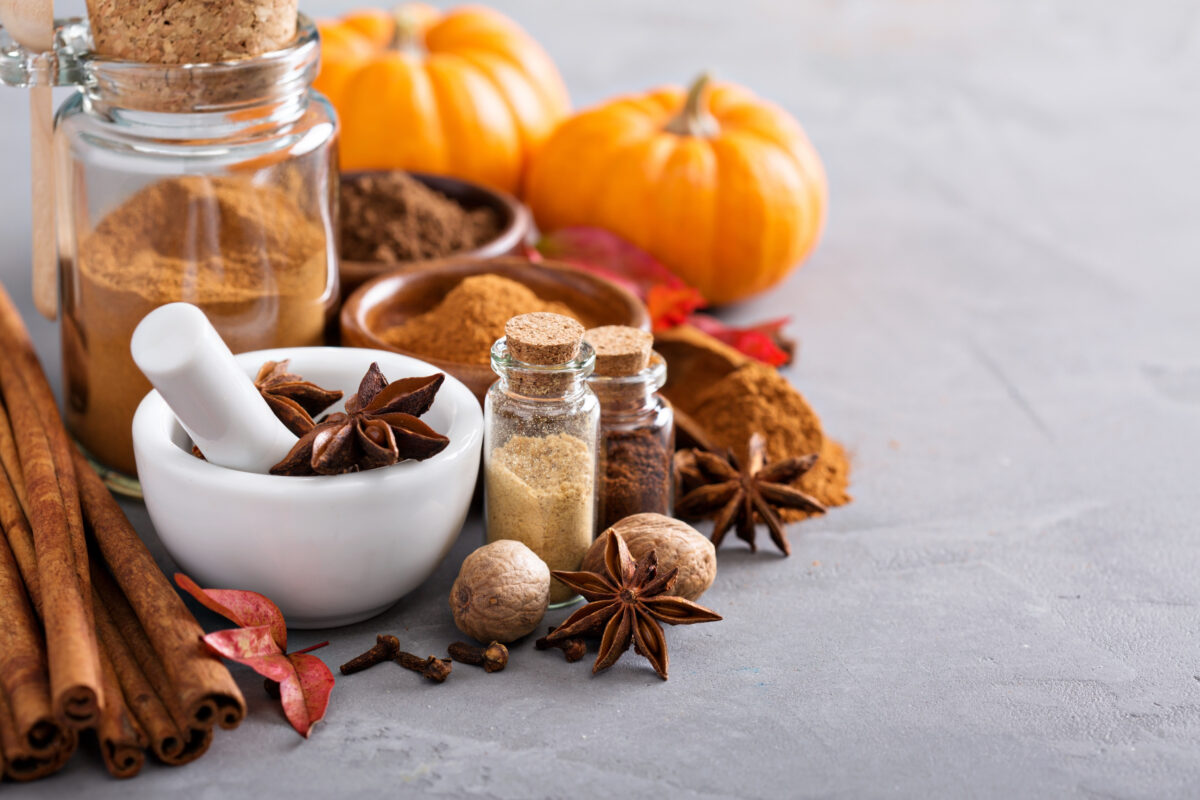 How to Make Your Own Pumpkin Spice

It’s that time of year, when “pumpkin spice” becomes ubiquitous for everything from coffee to the candle burning on your bedside table. Let’s take a closer look at the warmly aromatic spice blend that has become synonymous with fall

Pumpkin spice, often sold as pumpkin pie spice, is a convenience blend of the different spices called for in a traditional pumpkin pie recipe. A combination of cinnamon, ginger, nutmeg, cloves and sometimes allspice, these warm, aromatic spices bring out the subtle sweetness of pumpkin, a type of squash used not just in pies, but in breads, cookies, drinks and other recipes that mark the autumn season in North America.

Especially popular around Thanksgiving, the first sign of fall is no longer the changing of the leaves, it’s the return of seasonal pumpkin spice lattes to your favorite coffee shop. And while the spices that make up pumpkin spice are concentrated superfoods, the health effects of many popular pumpkin spice products are borderline disastrous. So, let’s separate the good from the bad and the downright ugly when it comes to pumpkin spice.

Cinnamon has been used to flavor foods and beverages for thousands of years. There are many types of cinnamon, but the most common varieties are Ceylon or “true” cinnamon (Cinnamomum verum), grown primarily in Sri Lanka, and cassia cinnamon (Cinnamomum aromaticum), which is grown throughout southeast Asia. The bark is stripped and peeled to harvest spice-grade cinnamon, while the leaves, flowers and fruits of the plant are used in cooking as well as traditional herbal remedies.

The type of cinnamon plant as well as the method of harvest are important factors in both taste and health effects. Rich in antioxidants, Cassia cinnamon has been used topically as an insect repellent, while Ceylon cinnamon is promoted as a dietary supplement for gastrointestinal upset.

While most people are unlikely to overconsume cinnamon, when taking supplemental quantities it’s important to ingest only the Ceylon variety, preferably organically grown. Cassia cinnamon contains a chemical called coumarin, which can be harmful to the liver.

One of the most studied health conditions for which cinnamon has shown promise is Type 2 diabetes mellitus. A 2011 meta-analysis published in the Journal of Medicinal Food determined that cinnamon intake results in a statistically significant lowering of fasting blood glucose levels for people with Type 2 diabetes and/or prediabetes.

Another benefit of cinnamon for diabetics and prediabetics is cinnamon’s ability to lower systolic and diastolic blood pressure.

Used in sweet and savory dishes around the world, nutmeg (Myristica fragrans) is a spice that has been valued for centuries. Closely related to mace, nutmeg is the seed of the plant and mace, the dried covering around the seed. Native to Indonesia and a fundamental commodity on the Silk Road spice trade, nutmeg is now widely grown across the tropics.

Nutmeg has a unique flavor profile, mixing warm, exotic notes with an aromatic pungency; it’s so potent, nutmeg was once thought to ward off the plague. Other purported health benefits have been substantiated in modern times, making this spice a truly valuable component of both your spice cabinet and your herbal apothecary. Some benefits of nutmeg that are backed by science include:

Be careful not to overdo nutmeg; large amounts (more than 2 tablespoons) may have severe toxic effects, including tachycardia (rapid heartbeat), nausea, vomiting, agitation and hallucinations.

A powerful health ally, ginger is the versatile root of the plant Zingiber officinale. A staple in kitchens for hundreds of years, powdered ginger adds a fruity, zesty brightness to desserts, drinks and holiday dishes. With 355 scientific abstracts and more than 100 known pharmacological actions on GreenMedInfo.com’s research database, ginger is also a treasured traditional herbal medicine.

An effective antiemetic, ginger can safely relieve nausea and reduce gastrointestinal upset. But there are many more powerful health benefits of ginger. Studies have shown that ginger may help with conditions such as:

While fresh ginger root is preferred in savory and spicy dishes, most desserts and pumpkin spice blends call for ginger in dried, powdered form. Supplements are generally available as capsules and liquid extracts.

Cloves are the curiously shaped flower buds of the Syzygium aromaticum tree. Available in whole or ground form, this warm, aromatic spice is reminiscent of holiday traditions across the globe. A scented pomander made by inserting whole cloves into an orange is a traditional holiday gift in many parts of the world, and cloves are a distinctive facet of the warm, sensual aromas that make the holidays so enjoyable.

Native to Indonesia, cloves are now cultivated across the world with a concentration in South America.   Cloves are rich in fiber, vitamins and minerals, and are one of the richest sources of phenolic compounds, the plant-based phytochemicals used in numerous pharmaceutical, cosmetic and agricultural products.

In recipes, cloves are generally used in small amounts in combination with spices such as cinnamon and nutmeg. As a health and beauty aid, cloves are available in a wide array of products and forms, including capsules, tinctures, ointments, salves, creams, soaps and toothpastes.

Therapeutic uses for cloves have been documented for centuries, so it’s not surprising that modern medical science has sought to confirm claims of beneficial properties. A 2006 study found that a homemade clove gel applied topically to the soft tissues of the mouth was as effective as benzocaine for pain relief. In a 2012 study, a hydroalcoholic extract of dried clove buds was shown to preserve bone density in mice over a four-week period, signaling a potential dietary ally in the fight against age-related osteoporosis.

Allspice is the dried, unripe fruit of the tropical tree Pimenta dioica. Brought to the modern world during the voyages of Christopher Columbus, allspice is universally prized for its warm, aromatic properties. Commercially available allspice is often made from a related species, Pimenta racemose, with Jamaican allspice considered superior due to higher concentrations of essential oils. Allspice is the most popular spice in Jamaica and a key ingredient in holiday feasts the world over.

Therapeutic properties of allspice are attributed to two of the known isolated compounds, eugenol and gallic acid. Shown in human and animal trials to have selective antiproliferative and antitumor properties, these potent polyphenols can be extracted from both the fruit and the leaves of the Pimenta dioica tree.

Allspice has demonstrated a potent blood-pressure lowering effect in rats and, interestingly, has been shown in a clinical study to help stem the hemorrhaging associated with venomous snake bites.

Buyer Beware: When Pumpkin Spice Isn’t What It Seems

Despite the superfood status of the spices in real pumpkin spice, most of the commercially available pumpkin-spiced products do not provide therapeutic benefits. Instead, they are an effective ploy to engage consumer muscles by evoking festive memories of holidays-past. This, on its own, would not be problematic for your health. However, pumpkin spice-flavored products are often brimming with artificial flavors and mega-dosed with sugar.

Take the perennial favorite, Starbucks’ Pumpkin Spice Latte. The “PSL,” as it is referred to by fans and baristas, is so popular it even has its own social media account: @TheRealPSL. Setting the hype aside, what’s really in the cup?

To make your own healthy version of pumpkin spice, combine the following spices in a sealable glass jar and store in a dry place.

To enjoy a healthy version of this festive holiday drink (caffeine is optional), combine a heaping teaspoon of pumpkin spice mix with 8 ounces of your favorite organic, grass-fed milk or milk substitute. Warm to just below boiling and turn off the heat. Stir in your choice of raw honey, stevia or organic cane sugar to achieve the desired level of sweetness and top with a sprinkle of pumpkin spice mix. Garnish with a cinnamon stick and enjoy! 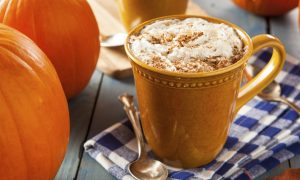 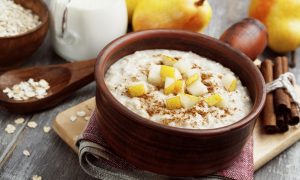 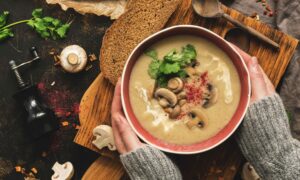 Mind & BodyBy GreenMedInfo
Winter’s Arrival Is a Time to Bask in the Sun, Eat Plenty of Ginger, and Recharge
12-9-2021
sharecomments 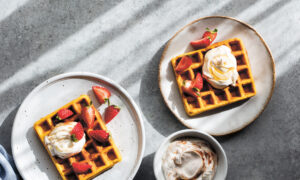