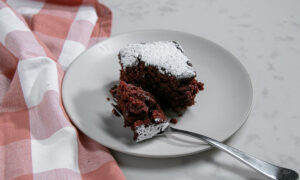 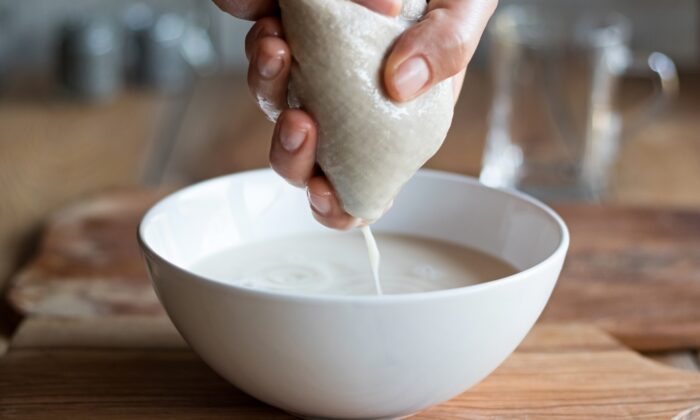 How to Make Coconut Milk at Home

I use coconut milk often and liberally in my kitchen. Its flavor packs a punch and enhances a myriad of dishes, from soups and stews to curries and baked goods. I also love using it in smoothies or simply sipping it on its own with a dash of cinnamon.

Up until recently, I was tethered to buying it in a can. But did you know you can easily make your own coconut milk at home with only two ingredients? It’s so easy! Let me show you how.

While I really love to use coconut milk in my cooking, I don’t always love the additives I find when reading the back of the can labels. I’ve been known to compare all the various cans at the market in order to find the one that does not contain any gums or other things I can’t pronounce. Straight coconut milk is surprisingly difficult to find, so I usually just opt for the can with the least amount of added extras.

This was why it was a real game changer when I was tipped off to the fact that I could easily make my own coconut milk at home. Now I know exactly what’s going into my coconut milk. There’s no comparing of labels and no sneaky extras.

Nut milk bags make easy work of straining the milk, and you can find them at many natural food stores or on Amazon. But if you don’t have one, a fine-mesh strainer lined with cheesecloth is an effective and easy alternative. You can also use a clean tea towel—something thin with a loose weave like linen works best.

There are so many ways I love to use coconut milk in my kitchen! Most often, I use it as a substitute for regular milk. You might find me dunking the corner of a brownie into a glass of this stuff, or simply drinking it plain.

However, its uses are vast and variable. You can use it in curries or in other Asian fare, or to flavor a pot of rice. Add it to a smoothie to make it rich and thick or use it in place of milk when baking. The possibilities are endless.

Place the coconut in a blender. It may seem like a lot of coconut, but it is just enough to get the job done. Pour the water over the coconut.

Let the coconut and hot water sit in the blender for a few minutes to give the coconut time to soften before continuing onto the next step.

Blend on high until the coconut is pureed and the mixture looks milky, 1 to 2 minutes. You will still have flecks of coconut in the mixture.

Take the bag in both hands and squeeze it out over the bowl. The finished milk should easily pass through the bag. Continue to squeeze and wring out your bag until you’ve extracted as much of the milk as possible. You can discard or compost the leftover coconut pulp in the nut bag; if you have a dehydrator, the pulp can be dried and used as coconut flour.

Transfer the coconut milk into a storage vessel of your choice, like large mason jars, swing-top jars, or other air-tight containers. This milk can be used right away.

Gina Eykemans is a contributor to TheKitchn.com, a nationally known blog for people who love food and home cooking. Submit any comments or questions to editorial@thekitchn.com. Copyright 2021 Apartment Therapy. Distributed by Tribune Content Agency, LLC.