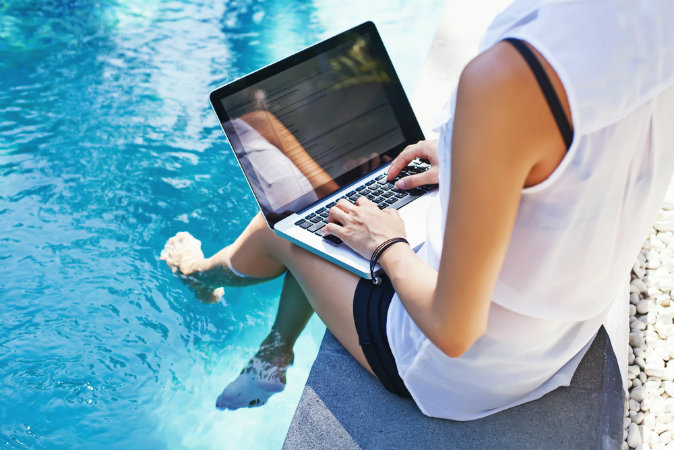 How to Learn Foreign Languages When Doing Nothing

A funny thing about travel is that you’re going to spend a huge amount of time doing just about nothing. When you think about a journey you probably see yourself checking out new things, eating interesting food, meeting new people, but I’m willing to bet that you generally don’t see yourself sitting around doing nothing for hours each day. But this is the reality of travel. All too often, this profession is an exercise in waiting.

I used to carry around a little notebook with me at all times that I reserved just for language learning. I would write down a short list of new vocab words each morning and then break it out and study whenever I had a free moment throughout the day. When I would discover a word or phrase that I did not know how to say I would make a note of it, translate it later, then add it to my list the following day.

These days I’ve been using Google Translate on a mobile phone in place of a notebook. This technological upgrade has made my previous paper and pencil method seem overtly archaic. Now I just type in the word/ phrase/ sentence that I want to know and it produces a good translation in the language that I’m working on. I still compile lists of vocabulary, but I now do so with Google Translate’s “star” function. Next to everything it translates there is a little star icon. If you press it it will add whatever you just translated to a list that you can later go back and refer to. Now instead of writing down my vocab lists I compile them digitally on my phone, a device that I carry with me pretty much all the time, and break it out dozens of times a day for short jaunts of language study.

So when I’m waiting for a train, riding in a taxi, bored on a long bus ride, sitting idle as a restaurant prepares my food, I take this passive, do-nothing time and make it active, learn-something time. I take out my mobile phone and study. I review my vocab list and look around at my surroundings for anything that I don’t know how to say in the language I’m studying, then translate and learn it. Sometimes these language study sessions last 15 minutes, sometimes 15 seconds, sometimes over an hour — it all depends on what’s going on around me.

To be honest, I spend so much time already tucked away alone in rooms writing that if I added language study to this mix I’d probably turn hermetic. I need to learn language on the move, in the streets, in the situations that I use it, and utilize my time as effectively as I can.

*Image of woman working on laptop computer via Shutterstock