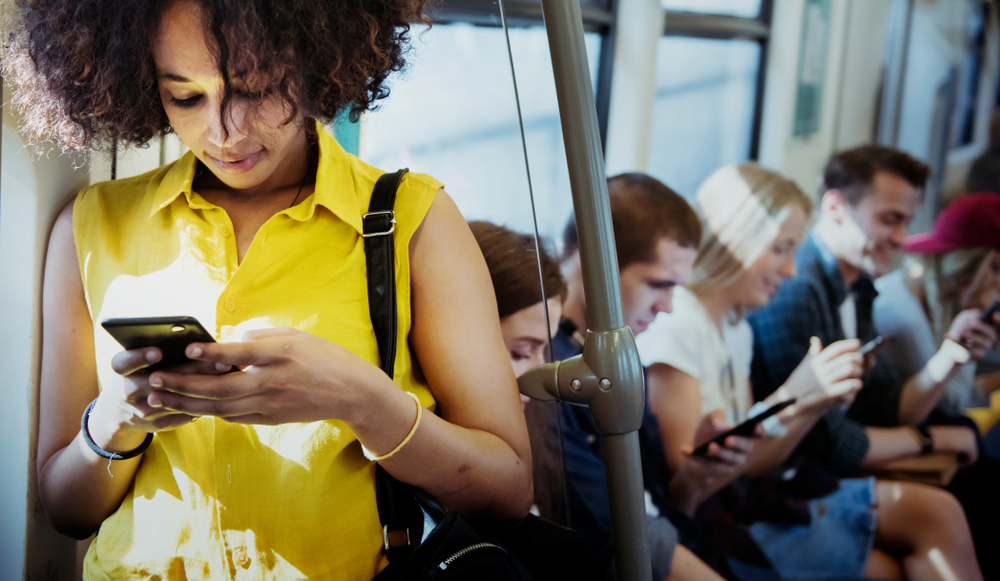 Telling [social media] companies not to distract people is like telling an oil company not to drill for oil. (Rawpixel.com/Shutterstock)
Books

How to Defend Yourself Against Deadly Weapons of Mass Distraction

A life buzzing with social media inputs is a diminished life
BY Tim O'Sullivan TIMEMarch 22, 2022 PRINT

Johann Hari’s book on the attention crisis was prompted by his godson’s addiction to his screens and his inability to focus and by the author’s own struggles with attention and distraction.

Hari is a British-Swiss journalist who has written books on depression and the war on drugs and has given hugely popular TED talks on addiction and depression. He was involved around 2011 in a controversy about plagiarism and anonymous Wikipedia edits but he has acknowledged his ethical failures.

The author contends that, at an individual level, a life full of distractions is diminished—when we’re unable to pay sustained attention, we can’t achieve the things we want to achieve. At a social level, such a life diminishes our collective capacity to understand and respond to the problems of today. Finally, he argues, if we understand what’s happening in our world, we can begin to change it.

Go With the Flow

Hari reflects on the phenomenon of “flow”—when we’re deeply engrossed in something, like an artist absorbed by his painting. He sees “flow” as a deeply fulfilling experience, in contrast to the fragmentation involved in constantly checking one’s devices and phones.

There’s a chapter on the importance of sleep and the problems caused by sleep deprivation, and another on the “collapse of sustained reading.”

In practice, the new media platforms tend to work against the effort involved in reading and to favor superficiality. Twitter seems to imply that the world can be interpreted and confidently understood very quickly and what matters most is whether people applaud your short, simple, and speedy statements. Facebook conveys the impression that your life exists to be displayed to other people and you should be aiming every day to show your friends edited highlights of your life.

Hari maintains that the business model of Silicon Valley, where many global social media companies are based, involves dominating the attention span of the wider society. Telling such companies not to distract people is like telling an oil company not to drill for oil.

Social media companies benefit financially when we maximize screen time. More engagement by us is good for them because it means more advertising aimed at us and more knowledge on their part of our interests and usage patterns. The more time we spend on our screens, the more money they make and the more data they gather about us.

For example, the Facebook feed draws on an algorithm or calculation based on our interests and usage and shows us posts that will keep us looking at our screens. In my own case, when I turn on Facebook, I am often presented with an article from a publication that I enjoy and am therefore likely to want to read.

As Hari notes, the Harvard academic Shoshana Zuboff coined the term “surveillance capitalism” to describe companies that monitor everything we do online and target their advertising with extraordinary accuracy.

The book offers many practical suggestions for fighting addiction to social media. Hari lists some of his own approaches in his conclusion, such as going off social media for six months of the year, in chunks of a few weeks at a time, and sticking to a daily walk.

Nevertheless, a key argument of the book is that our distractibility is not just a matter of personal discipline. Instead, he argues, social media sites are actively downgrading our ability to come together as a society to identify problems and resolve them. Collective solutions are therefore needed.

Hari makes a case for new funding arrangements for social media, that is, replacing the current advertising model with a subscription-based approach or with a public service model like the BBC. Some platforms could develop into quasi-public services, although this evokes the specter of Big Brother.

A recent article by Samuel James in the publication First Things argued that social stigma needs to be applied to excessive use of social media and called for age-based restrictions. Everyone now accepts that spending hours in front of a TV makes no sense and the same social disapproval should apply to hours spent on social media, particularly by the young.

I’m not an expert on the digital world, but Hari’s well-researched book is quite stimulating. It draws on over 200 interviews conducted across the world with scientists who study attention and distraction, sleep and dreams, and social media.

The Power of Big Tech

On the other hand, the book doesn’t offer an in-depth economic or geopolitical analysis of Google, Amazon, Facebook, Apple, and Microsoft. The author might have placed Big Tech more firmly in the context of globalization, of huge speculative investment in these companies after the financial crash of 2008, and of enormous, if declining, US economic and political power.

The book is written from an Anglo-American perspective, and there’s no analysis of China’s huge importance in the digital world.

Problems for democracy might also have been teased out more thoroughly. It seems quite wrong that decisions influencing the conduct of public debate in Ireland (or France or Spain) are being made in California.

For example, Google’s decision to ban social media advertising in May 2018 in the run-up to the Irish abortion referendum significantly benefited the pro-choice side, which was already receiving very positive coverage in mainstream media, and disadvantaged the pro-life side. It arguably constituted unwarranted interference by an American company in an Irish referendum.

Journalists like Hari tend to focus on how political conservatives like President Donald Trump or Brazilian President Jair Bolsonaro have exploited social media, but they ignore the progressive bias of Big Tech, as manifested in the deplatforming of some conservative voices.

Journalists’ distaste for the power of social media tends to imply that mainstream media are scrupulously objective. Yet media groupthink on issues such as abortion has undoubtedly fueled the desire of ordinary citizens to bypass mainstream media.

This thought-provoking book might have benefited from greater openness to the wisdom of faith. There’s a brief reference to mindfulness, but nothing on how a focused and non-distracted approach to life can be nourished by prayer and adoration.

Hari engages with many interviewees and focuses on the perils of a distracted lifestyle but doesn’t look into the Christian monastic tradition, which, for centuries, has nourished the lives of those seeking to take a step back from worldly distractions and interruptions. While writing the book, Hari spent three months in Provincetown on Cape Cod, without access to the internet—a quasi-monastic retreat!—but an interview with a Cistercian or Benedictine monk might have enriched his reflections.

This article was originally published on MercatorNet