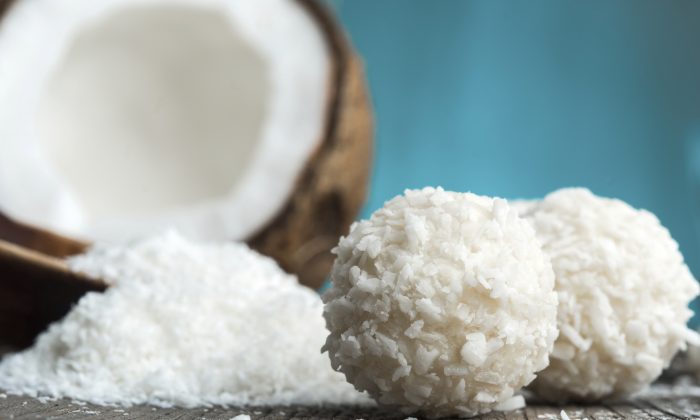 Coconut flour is a great addition to a healthy diet. (Rozmarina/iStock)
Fitness & Nutrition

How to Cook With Coconut Flour

Coconut has been traditionally cultivated for its raw coconut meat, oil, milk, water, and most recently for its flour. The Philippines is now the largest coconut-producing country and was first to produce flour as a byproduct from its production of coconut milk.

The growing demand for the use of natural, non-toxic plants as medicinal aids to prevent and treat illness has highlighted the various health benefits of consuming coconut products.

Many researchers now recommend the addition of coconut flour to supplement any healthy diet because of its many benefits including antibacterial and antifungal properties. Whether you are on a strict paleo diet, seeking an allergy-free flour source, or you simply desire to stimulate your digestive and immune system, coconut flour is an excellent addition to your meals and a pantry staple.

What Is Coconut Flour?

Producers of coconut flour originally sold the nutritious coconut milk byproduct to farmers in the form of coconut meal. Farmers understood that coconut meal was an excellent source of organic fertilizer and animal feed supplement. In the past few decades, as more research emerged supporting the numerous health benefits of coconut flour, human consumption of the valuable superfood also increased.

Coconut flour is derived from grating the meat of fresh coconuts. The meat is then dehydrated and defatted which means the oil is extracted. The result is a fine powder that looks and feels similar to wheat or grain flours. The most pure and organic form may even fool a seasoned foodie because of its lack of coconut flavor.

Coconut flour has different health benefits from those of other coconut products such as the oil, and it offers a great alternative to conventional flour. Considered a functional food, coconut flour exhibits properties that significantly benefit health, and it is a valuable source of nutrition. This functional food is a great source of dietary fiber, is high in protein, does not contain gluten and has a low glycemic index (GI).

How to Use Coconut Flour

Despite the fact that coconut flour may look, feel, and perhaps even smell like conventional refined flours, coconut flour can be frustrating and costly to cook with without some guidance. Coconut flour is like a sponge, and cooking with such an absorbent food provides its own challenges to be overcome.

A few tips follow on how to achieve success in substituting 100 percent coconut flour in recipes for wheat flour:

Use as a Thickening Agent. Due to the high absorbency, coconut flour is an excellent thickening agent for soups, stews, and even smoothies. For this reason, it is also recommended to store coconut flour in an airtight container in the fridge or freezer to avoid moisture clumps.

Experiment to Find What You Want. In general, for every 1 cup of traditional flour, you need only approximately 1/4 cup to 1/3 cup of coconut flour. You may like it with a little more or less flour, so try experimenting to see what gives you the desired texture you love.

Binding Ingredients. Recipes commonly include an additional protein source such as extra eggs or hemp powder to make up for the binding properties that gluten normally would provide. Flax seed is also an excellent binder and contributes it own health benefits to your coconut flour recipe.

Do you enjoy, cookies, pizza, bread, blueberry muffins, and donuts? Try making them with coconut flour next time. Some of my favorite coconut flour recipes include the following: