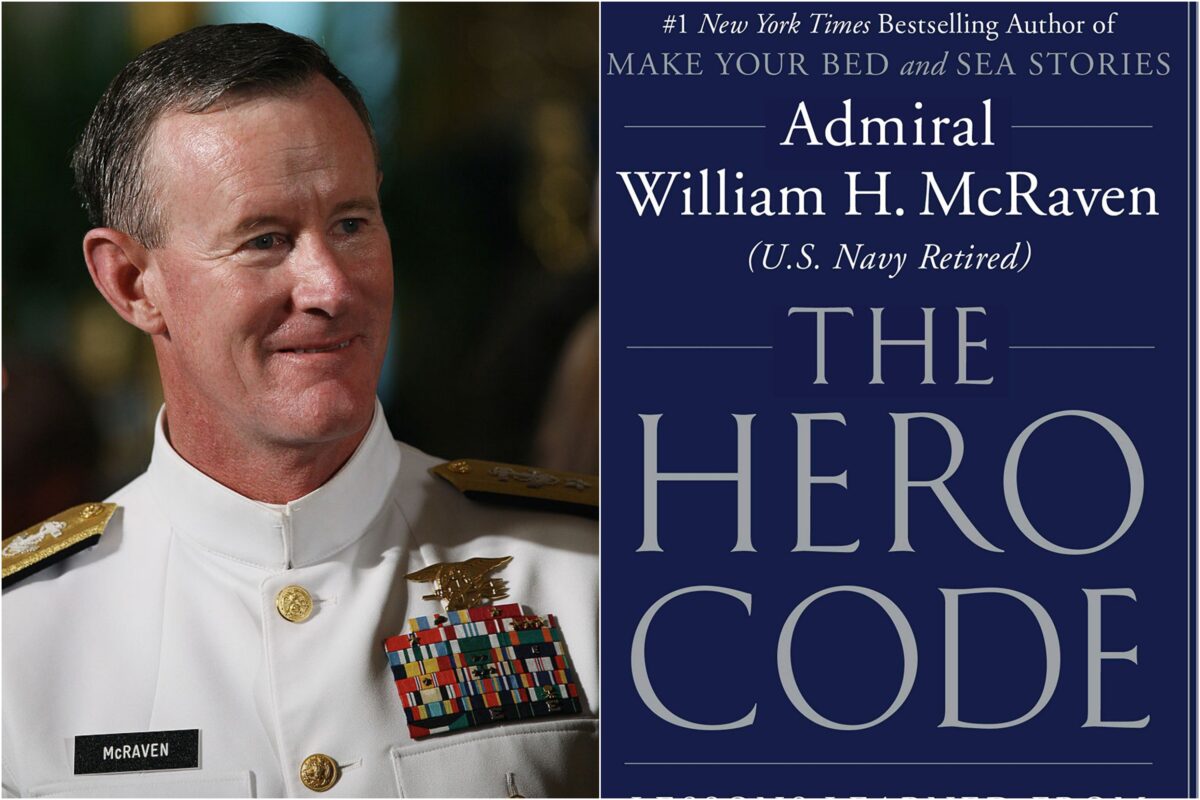 How to Become a Hero, in 10 Simple Steps

William H. McRaven’s “The Hero Code” is a fantastic distillation of what it takes to be a hero—or better yet, a good person. It’s a treatise on timeless virtues, but every bit applicable to our day.

It’s the kind of life wisdom I’d hope as a grandfather I might be able to impart to a child one day, after a life well lived on this earth. I’d be proud if I could do it half as well.

The book brims with insights well worth savoring, and I found myself several times thinking, “This is really worth reading again,” and “That’s something I should reflect on in my journal.” It would be great material to include in a homeschooling curriculum, perhaps starting around the eighth or ninth grade. I plan to use a chapter in my next Language Arts class.

The book draws upon McRaven’s remarkable 37-year career in the Navy, and it’s divided into 10 short, memorable chapters. Each one is devoted to a different virtue.

The chapter on “Duty” particularly stood out for me, in part because it’s a virtue that’s so little taught or appreciated in this day and age.

McRaven illustrates the idea with several vivid stories, recounted from personal experience. One episode particularly stood out for me. He tells of a meeting he was summoned to—on extremely short notice—with the president of the United States, while stationed in Afghanistan at Bagram Air Base.

Rushing across the base by car with just minutes to spare before his meeting, McRaven and his team were stopped short at the gate by a young female airman dressed in battle fatigues with “an ill-fitting Kevlar helmet, oversized body armor, and carrying an M4 assault rifle.” (The book’s prose sparkles with sensory details like these.)

Two sergeants from McRaven’s convoy, one after another, got out and tried with every ounce of strength to convince the woman, who was guarding the gate, to let them through. No amount of yelling, gesturing, or reasoning things out could change her stance. They didn’t have the proper authorization, so it was a no-go.

With minutes ticking by and the president waiting for his briefing, McRaven—by then a three-star admiral—himself got out of the vehicle and gave it a try. He got no further than the others.

“Sir, I know you have your job to do, but I have my job to do as well,” she said. “I have the responsibility to guard this gate. And my orders are clear. No one is to enter without permission.”

There was no budging her. She knew her duty and would uphold it no matter who or what.

McRaven eventually got the clearance he needed and made it to the meeting. Tellingly, on the way out afterward, he stopped again at the gate, but this time for a different reason. He wanted to commend the airman for her exceptional service. He gave her a Command Challenge Coin.

The story itself was instructive, I found, for it reflected a quality that I noticed running throughout the book: seeing the good in others, even if it’s not convenient for you or things aren’t going your way. It’s a wonderful character trait, and something most of us can aspire to get better at.

Readers need not be interested in military literature to find the book compelling. The illustrative stories and cases it features are drawn from all walks of life, not just battlefields of brawn, as I had expected. You’ll meet a remarkable cast of figures along the way, ranging from courageous medical researchers to historical personages, such as John Adams.

Ultimately the collection of episodes, taken as a whole, does a lot to restore one’s faith in humanity. It’s amazing what goodness people are capable of—and have showcased. We just might not have spotted it.

There’s an underlying positivity that reminds a person of the best of coaches, the type who elevate everyone’s game.

It’s an achievement that, for all its life lessons, the book never feels preachy or didactic. It’s not telling you to be your best; it’s showing you how.

When I finished the last page, something struck me in particular: This is a book I could give to anyone, whatever their faith, line of work, or political persuasion—a rarity in today’s ever-polarized world.

The code to the hero in all of us is, it turns out, something so deeply human, it’s universal.

“I came to realize that there is a hero in all of us,” McRaven wrote. “For some, living the Hero Code comes more naturally. But for most of us, we must learn how to bring forth these virtues. We need to see them in the lives of others and try to mirror them in ourselves. We need to build those qualities through small steps that eventually become the foundation of our character.”