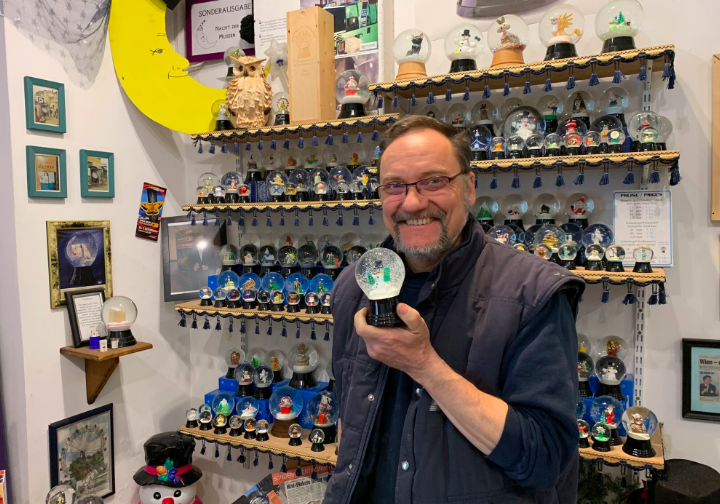 How the Snow Globe Was Invented

When he talks about his work, the smile on Erwin Perzy III’s face grows wide. It’s obvious that he’s passionate about what he does. After all, this work has been part of his family since 1900.

Perzy I, who was only 24 years old at the time, specialized in designing and repairing medical tools. He liked experimenting and trying new designs, so when local doctors asked him for a better light in their operating rooms, he got to work.

Although doctors had electric lightbulbs at that time, this newly invented product didn’t produce much light. Perzy needed a way to make the light brighter. He noticed that shoemakers were using water-filled glass balls to magnify the light of a candle. Perzy tried this too, but saw the light was still not bright enough.

But what if he added something to the water that could reflect the light? He tried flakes of metal, but they sank too quickly. After testing many different materials, he tried semolina flakes, which were used in baby food. This worked!

It also reminded the young inventor of falling snow. One day, for fun, he put a pewter model of a tiny church into the water-filled ball, then added the white semolina flakes. The result was a snowy scene that delighted those who saw it. A friend took the invention to his store, where it sold immediately. The snow globe was born.

Perzy called his invention a “Glass Ball with Snow Effect” and applied for a patent. He and his brother started production of the small “decorative article,” as the Viennese categorized it, five years later. In 1908, Perzy received an award from Kaiser Franz Josef I for his work.

Then, two world wars consumed Europe and took their toll on the family business. No one had money for such whimsical creations.

As the wounds of war began healing in the 1950s, Erwin Perzy II took over the family business. He worked part-time on the snow globes and part-time at the Kurier, a newspaper that was started by U.S. forces in Austria during the occupation.

The Americans, it seemed, liked the Perzy family snow globes, but they suggested replacing the churches inside for something else. Soon Perzy II was creating snow globes with snowmen and Christmas trees, and importing them to the United States.

Erwin Perzy III is the third generation to run the family’s snow globe business. He was just 5 years old when he started helping his father at the factory, and took over the business in 1987.

“I love my work,” he says with a grin. His daughter now works alongside him in the family business. One day soon, Perzy says, she’ll run the show.

Today, the company produces more than 300,000 snow globes each year. All parts are produced and manually assembled in the family’s shop in a former carriage house on the outskirts of Vienna.

The family uses modern techniques, including 3-D printers, to craft each snow globe with care. The snow globes are still made of glass, not plastic like cheaper rivals use, and are filled with alpine water and no chemicals. The recipe for the “snowflakes” is a fiercely guarded family recipe, Perzy says. What makes them unique is that they float—or snow—slowly.

Perzy personally creates the molds for each piece. It’s clear that he is an artist, as he shows visitors some of the pieces he’s designed on the computer.

The company produces more than 350 designs. Many display icons of Vienna, such as its famous St. Stephen’s Cathedral, or its Giant Ferris Wheel. Collectors seek out the family’s work and often ask for custom pieces.

One custom piece of note was designed for President Barack Obama and his family. Inside the globe, tiny figurines of Mr. and Mrs. Obama dance, while their girls watch nearby. After the piece was done, Perzy learned that the Obamas had adopted a dog, so he opened the snow globe and added a tiny dog.

The United States is the company’s biggest market. The snow globes are sold in stores all over the country. You might even have one at home.

Visitors can stop by the Original Vienna Snowglobe Factory to see the snow globe museum and shop (ViennaSnowglobe.at). There’s no company nameplate or neon sign to advertise the location, just a tiny label on the doorbell that says “Perzy.”

In addition, visitors can purchase snow globes in their showroom. They have many sizes and hundreds of designs—from whimsical unicorns and other animals to dancers, snowmen, Christmas scenes, and much more.

In an age filled with social media, technology, and artificial intelligence, there is still a fascination with snow globes. Perhaps they bring us back to the simpler joys of childhood.

Janna Graber
Follow
Janna Graber has covered travel in more than 55 countries. She is the editor of three travel anthologies, including “A Pink Suitcase: 22 Tales of Women’s Travel,” and is the managing editor of Go World Travel Magazine.
SHARE
EmailFacebookTweetCopy Link
You May Also Like 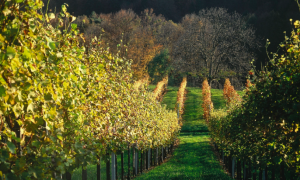 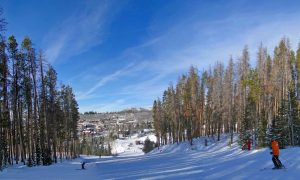 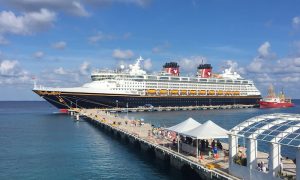 TravelBy Janna Graber
What’s Your Cruise Style? How to Choose the Cruise That’s Right for You
05-22-2019
sharecomments 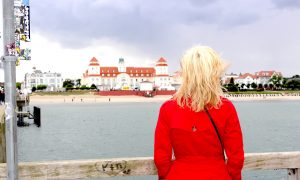