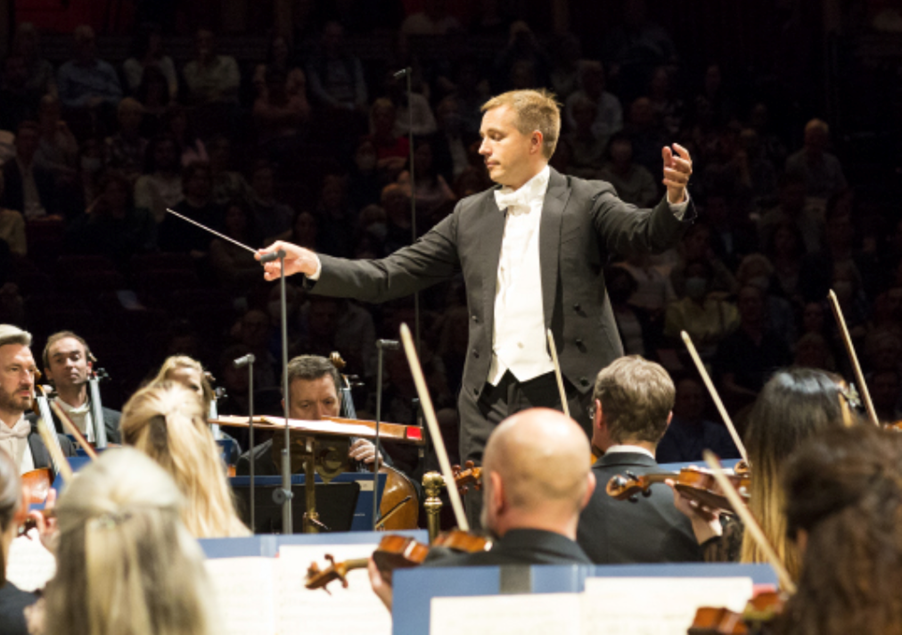 How the Royal Philharmonic Orchestra Kept Its Name

I once had the very good fortune to film the RPO on a previous U.S. tour as part of a documentary I made to celebrate its 50th anniversary and then added to it to mark its 60th anniversary. Titled “Batons, Bows and Bruises,” it enjoyed a six-year run on the Sky Arts Channel in the UK.

The orchestra’s grand title gives the impression that it is a pillar of the British music establishment, but it exists today more in spite of than because of those institutions. Back in 1963, its fate depended entirely on the efforts of one extraordinary American, the “superagent,” Ronald Wilford (1927–2015 ).

Wilford ran Columbia Artist Management Inc. (CAMI) for over 50 years and was known as the ultimate powerbroker in classical music.

He was also famous for not giving press interviews, so I was extremely fortunate to get an invitation to film him at the CAMI offices, then across from Carnegie Hall on 57th Street.

He gave me his time out of respect for the RPO, and I was eager to know more about how he had prevented its crucial 1963 U.S. tour from being canceled. If that had happened, it could have been the end of the orchestra itself.

The RPO had been founded by Sir Thomas Beecham in 1946. It was the fourth and final orchestra that Britain’s leading musical impresario created, one of which was the London Philharmonic Orchestra. But he conducted many others, including the Seattle Symphony, where he was its music director, and the Metropolitan Opera during the wartime years.

To be able to use the “Royal” title in its name, he needed permission from the Royal Philharmonic Society. The conditions it stipulated were that the orchestra could use the title only so long as Beecham was in charge, and that the society would receive royalties from RPO recordings.

For the players who had just survived a war, it was enough to be back playing again, and especially for the biggest name in classical music at the time. None of them thought about what would happen after his death.

The first violinist and orchestral leader from 1959 to 1965, Raymond Cohen, explained what ensued when that sad day came in March 1961: “He left us with a doubtful title—The Royal Philharmonic Orchestra—and without subsidy from the Arts Council, which all the other orchestras had. So, we were really left to fend for ourselves and the whole future of the orchestra was in jeopardy.”

The RPO’s vice-chairman and a member of the viola section, Harry Legge, added: “He [Beecham] had an orchestra that he [Beecham] used, but he never thought about what would happen to it when he left, not really.”

The Arts Council is a UK governmental body that was set up after World War II to fund groups and individuals across all fields of the arts. Beecham, having inherited a fortune from his father whose company later merged to become GlaxoSmithKline, plus having access to independent funding, felt no need for such charity.

After his death, at age 81, the ownership of the RPO went to his third wife and former secretary, 28-year-old Shirley Hudson. But the players soon began to doubt the artistic and business directions that she and her management team were taking, including its decision to cancel a forthcoming U.S. tour, which was being arranged by Ronald Wilford at CAMI.

After Beecham’s death, the RPO’s musical reputation remained in safe hands with world-class conductors such as Rudolph Kempe and Sir Malcolm Sargent. But they too were struggling with the orchestra’s new owners.

Wilford recollected, “I received a call from Sir Malcom Sargent (RPO conductor for the U.S. concerts) saying this tour is going to fall apart.” He added: “So, I was not only going to be working with an orchestra on a tour that might be canceled, but which had a name that might be removed.”

Wilford flew to the UK and was able to persuade the RPO management that the U.S. tour could financially sustain the orchestra. He was also able to convince the Royal Society to allow the orchestra to keep its “Royal” title—at least for the tour.

But there would be one more twist to this story when Lady Beecham decided to give up control of the troubled orchestra. With no experience to draw on, 50 of the players decided to form a self-governing company, “Rophora,” to run the Royal Philharmonic Orchestra.

Without any of the Beecham funds to depend on, the survival of the orchestra really did now depend on the tour’s being a success. Sargent said later, “We were fighting for our lives.” But after six long weeks and 57 concerts, the players reached Alaska, knowing that it had been a triumph.

Wilford reminisced: “I remember the posters. I remember Sir Malcom with his carnation in his lapel, and that most of the impresarios who presented them around the country had great success in their sales, and that the audiences were ecstatic, just ecstatic.”

This wouldn’t be the end of the RPO’s financial difficulties as it would take another two years before it received Arts Council funding, and another year after that before the Labour government of Harold Wilson granted it use of the name “Royal” in perpetuity. Wilford’s tour did, however, get the orchestra through its initial difficulties and, very importantly, galvanized the players’ will to continue.

Throughout his career, Wilford had a business reputation as a hard-nosed negotiator. One orchestral president told Spectator Magazine: “If you were a young artistic administrator, you did not say ‘No’ to Ronald Wilford. If you did, it was curtains for you.”

I can attest that, as a person, he was charming, polite, and very easy to talk to, although I did experience something of the control he had over his artists.

The virtuoso pianist and conductor André Previn was the RPO’s music director from 1985 to 1988 and then its principal conductor from 1988 to 1992.

I really wanted to have him say something about those times in my film, but I was told by his secretary that he had rehearsals and performances booked in Baltimore on the days I would be in New York. So, that appeared to be that.

I mentioned my disappointment in an email to Wilford’s secretary, who must have informed her boss, as a few days later she replied: “No problem. Mr. Wilford has told André to be at the CAMI offices ready to be interviewed by you straight after him.” I remember thinking, now that is one powerful man.

The DVD version of Andrew Davies’s 60-minute film is available at https://ept.ms/BatonsBowsBruises