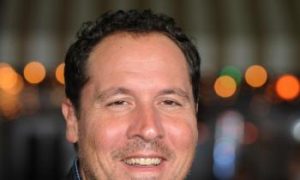 How the Rabbit Became a Heavenly Being

In Chinese people's minds the rabbit is a very friendly and gentle animal. Most people born under the sign of the Rabbit have a serene personality, and are unlikely to have a fierce character. Rabbits move fast and react quickly. Those born in a Rabbit Year are known for being quiet and active, mostly having soothing personalities.

Speaking of rabbits, there are Chinese fairy tales, ancient and modern, related to them, which are interesting to tell in the Year of the Rabbit.

According to a legend in China, the Jade Emperor wanted to find a trustworthy and responsible person of good character to be in charge of producing elixirs. Humans, however, were too clever and too tempted to play tricks. Therefore the Jade Emperor sent three immortals to the human world to select the most suitable animal to take up cultivation and become a god.

The three gods transformed into three elderly men and descended to the earth. They decided to search in a forest. One day, they sat on the forest ground and cried out: "We beg you to, please, find some food for us. We are too hungry to have the strength to find food on our own."

Hearing their cry for help, animals assembled around them one after another. The Fox, the Monkey, and the Rabbit were particularly sympathetic to the three. They split up to search. The Fox found some cassava roots, the Monkey found some fruits, but the Rabbit searched the entire forest without finding anything to eat.

Watching the old men eating cassava and fruits, the Rabbit felt sad and remorseful. Therefore, it jumped into the burning fire, with the intention to roast itself as dinner for the old men.

Seeing the Rabbit’s sincerity, the three old men decided to take it back to heaven. Hearing the story, the Jade Emperor felt that the Rabbit was kind and responsible, so the Emperor asked immortals to teach the Rabbit the methods of making a variety of elixirs.

The Rabbit studied diligently, and soon learned everything. Very satisfied, the Jade Emperor decided to give the Rabbit a brand new look for his ceremony of becoming a god. Its originally white fur became more crystal-clear and sparkling. Seeing the Rabbit’s jade-like pure body, gods in the heaven all called it “Jade Rabbit.”

Sent to the Earth

One year, suddenly a plague spread in the city of Beijing in China. In every household some people were infected. For many, no treatment would work. Seeing the miserable sight on Earth and noticing the fact that people were still kind and believed in gods, out of benevolence the gods in heaven sent the Rabbit as their envoy down to the Earth to offer treatment to people.

Once on Earth, the Rabbit transformed into a girl, rushing from house to house and saved the lives of a lot of people. In order to thank the Rabbit for saving their lives, people gave her many gifts. However, the Rabbit didn’t accept anything.

In order to save more people, the Rabbit even became a beggar. In this way, without a moment of rest, the Rabbit traveled in and out of the capital, saving many people. After completing its mission, Jade Rabbit flew back to heaven