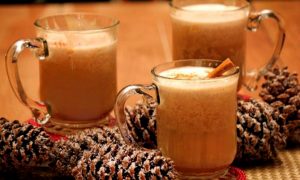 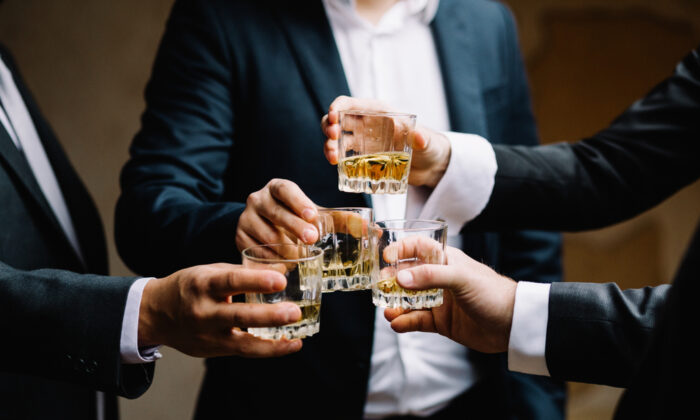 The global whisky market is enjoying a boom. (Shutterstock)
Drinks

How Taiwan Became a Global Powerhouse in Whisky Production

Having only started producing whisky this century, the small island is making millions of bottles and scooping up top industry awards
By The Conversation

Whisky (or whiskey if you’re Irish or American) has a 1,000-year long history. According to legend, Irish monks traveling to Mediterranean countries encountered the fundamentals of distilling and introduced the technique on their return. The Irish and Scots have both staked claim to whisky’s origins, but certainly the Scots were the first to produce it in large volumes from the 19th century onward.

Distillation techniques have been taken up around the world, famously in the United States and Japan. But now Taiwan is making its mark on the industry. Having only started producing whisky this century, the small island is making millions of bottles and scooping up top industry awards.

The global whisky market, like any, can be subject to booms and busts. Right now it is enjoying a boom and many smaller craft producers have appeared in the last decade or two. These smaller producers occupy a relatively small portion of the overall market, with bigger names like Britain’s Diageo, Japan’s Suntory, and Brown-Forman (which owns Jack Daniels) in the United States taking the lion’s share. Overall, the market was valued at about $58 billion in 2018.

The fundamental process of making whisky has not changed for centuries and poses a problem for all producers—the time it takes to mature. For example, both Irish and Scotch whiskies must be aged for at least three years, and many are aged for much longer. This means, in comparison to other industries, a relatively large amount of cash is tied up in inventory.

To give an example, according to their recent annual reports, Suntory had about 242 billion yen (about $2.2 billion) worth of maturing spirits, Diageo 3.2 billion pounds (about $4 billion) and Brown-Forman $950m. That’s around 15 percent to 20 percent of the annual turnover of these companies.

For craft producers and newcomers to the market, this is a serious problem, as adequate financing is needed to keep the business afloat while the whisky matures. The total cost of setting up a craft distillery is in the order of $3 million to $5 million and it may take ten years to turn a profit, waiting on that maturing whisky to turn into actual sales and cover costs. This is why some craft producers produce gin or other less time consuming white spirits to earn cash while their whisky matures.

The success story of Taiwanese whisky is an interesting one. You might not associate the small island with the drink, but its whiskies have won dozens of prestigious awards in the drinks world in recent years. The island’s proximity to large Asian markets, which have a growing taste for the drink, is of course an advantage, but the pace of its growth is still eye-catching.

The first Taiwanese distillery only opened in 2006 and since then the country’s whisky producers have managed to gain success, despite the investment hungry nature of the industry. The island’s subtropical climate has helped, with the whisky maturing two to three times faster than it does in Scotland or Ireland.

On the downside, the warm and humid climate means a higher evaporation loss of about five percent to 10 percent, compared to two percent to three percent for Scotch and Irish whiskies. But the faster aging means the whisky is turned into cash (and profit) faster, and less cash is tied up in inventory.

For the country’s two big producers—Kavalan and Taiwan Tobacco & Liquor Corporation (TTL)—the necessary investment has been readily available. Kavalan Whiskey is part of the unlisted King Car Group, a food and logistics business with an estimated annual turnover of $500 million to $1 billion. Its distillery, which was founded in 2006, can produce nine million bottles a year, well above that of a craft distillery, which would have a typical output of 10,000 to 20,000 bottles.

Having a large group to bankroll the investment certainly helps attain higher levels of capacity and sales. TTL similarly has financial backing, as it is state owned. It commenced distilling in 2008 and previously had a monopoly on tobacco and liquor products in Taiwan.

Thus TTL already had some distillery operations, with its Nantou distillery converted from producing other spirits to produce its Omar single malt. Both Kavalan and TTL also had an established distribution and marketing infrastructure for their products prior to entering the whisky market.

So the rapid success of both these Taiwanese whiskies can, in part, be put down to this available financial support and favorable climate. It meant both were well positioned to cash in on the global boom in whisky sales, as well as a well-established local market. All that’s left now for the rest of us is to try one.

Martin Quinn is a senior lecturer in accounting at Queen’s University Belfast. This article was first published on The Conversation.