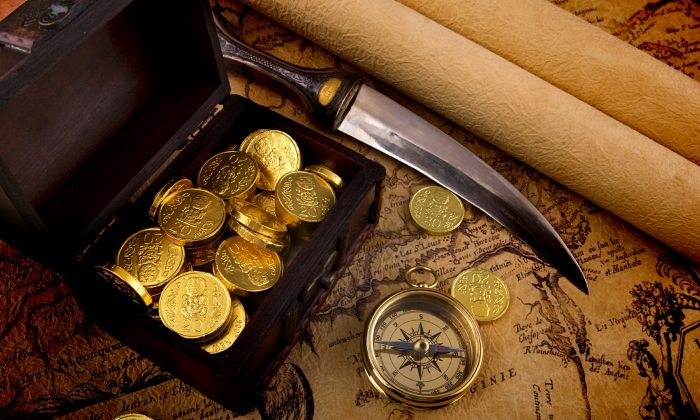 How Stolen Treasure Kick-Started the Bank of England

Most people think that the Bank of England has always been there, a national institution set in stone. The truth is much stranger. It began with the fortunes of a treasure hunter and the scheming of a get-rich-quick entrepreneur—and goes to show how the financial system has always been built on bets and speculations.

The man whose money kick-started the Bank of England was William Phips, originally from New England. Born in 1651, the son of a shipwright in Maine, Phips (who claimed to be one of 26 children) learned his father’s trade. He married a shipwright’s widow, presumably coming into some money, and went to sea. In 1683, he came cap in hand to England to secure financial backing for voyages to search for Spanish treasure.

Phips was a “projector”—we would now probably call someone like this an entrepreneur, although, as Daniel Defoe said in his 1697 Essay upon Projects, Phips’ ideas were usually long shots. After several fairly unsuccessful expeditions which combined a bit of piracy with some exploration and trade, Phips’ tale caught the ear of Christopher Monck, the Duke of Albermarle, a disreputable aristocrat and pioneer of boxing who had squandered his family inheritance on horse racing and gambling. Monck backed the project in one last gamble to repair his fortune.

Phips’s plan was to use the new “diving machines,” a primitive kind of submarine (also one of Defoe’s abortive investments) to search for the Spanish galleon, the Nuestra Señora de la Concepción, which had sunk 50 years before off the Bahamas. But the galleon was elusive—his crew searched in vain and finally in January 1687, Phips gave the order that they were to head for home, empty-handed.

On the last day of the expedition, some of the divers went looking for mementos of the trip. As they explored a relatively shallow reef close to the shore they chanced upon a spectacular plume of coral reef and decided to take pieces of it home. But when they dived to look more closely they saw beneath it the unmistakable shape of a large cannonball. The Señora had been found. And the booty was immense.

The treasure weighed in at 34 tons of silver and gold. Investors were paid 10,000 percent dividends, a sum equal to a fifth of the state’s tax revenue.

One of the investors in the expedition was William Paterson, another projector. Paterson had begun as a buccaneer in the South Seas, an adventurer who became a wealthy merchant. His latest scheme was to establish a new bank in order to provide funds for the king at the time, William III, to fight the French and protect trade routes. This would go on to become the Bank of England.

Paterson’s project was radical. 1,200,000 pounds (the equivalent of more than a billion in today’s money) was to be raised by subscription and paid to the king via the Treasury. The money was to be lent at 8 percent interest and the subscribers would be incorporated in order to manage “the perpetual fund of interest” which would be produced. The interest would be paid out of levies on ships’ tonnage and wine and beer.

The huge bounty from Phips’ voyage acted like a beacon to other projectors, including those from a society started by Paterson who met at the Sun Tavern, close to the Royal Exchange, to discuss the project of the bank. The adventure also flooded the market with bullion, the goldsmiths could not cope, and so it further emphasized the need for a bank.

Phips became the first significant figure in Paterson’s society. The sunken galleon enabled the creation, in 1694, of the Bank of England as a private corporation to act as the government’s banker and owner of the state’s debt. It wasn’t until 1946 that the bank was finally nationalized and the heirs of the original investors were then paid off—though many were difficult to track down. Someone who invested 100 pounds ($141,25) in Bank of England stock in 1694, assuming all dividends had been reinvested and there were no taxes, would have yielded nearly 42 million pounds ($59.33 million) profit by 1945.

But it is worth remembering that the vaunted institution that is the Bank of England, which now seems timeless and above reproach, began as a projection—a speculative attempt to make a quick buck. This is how the very idea of a “national debt” began—a speculation and promise that has now grown to 1.5 trillion pounds ($2.12 trillion) for the U.K.

So next time you hear the bank’s Governor Mark Carney speak, remember that his position was born from a storm that caused a Spanish shipwreck on a coral reef in 1641, carrying treasure stolen from South America.

Martin Parker is a professor of organization and culture at the University of Leicester in the U.K. This article was originally published on The Conversation.