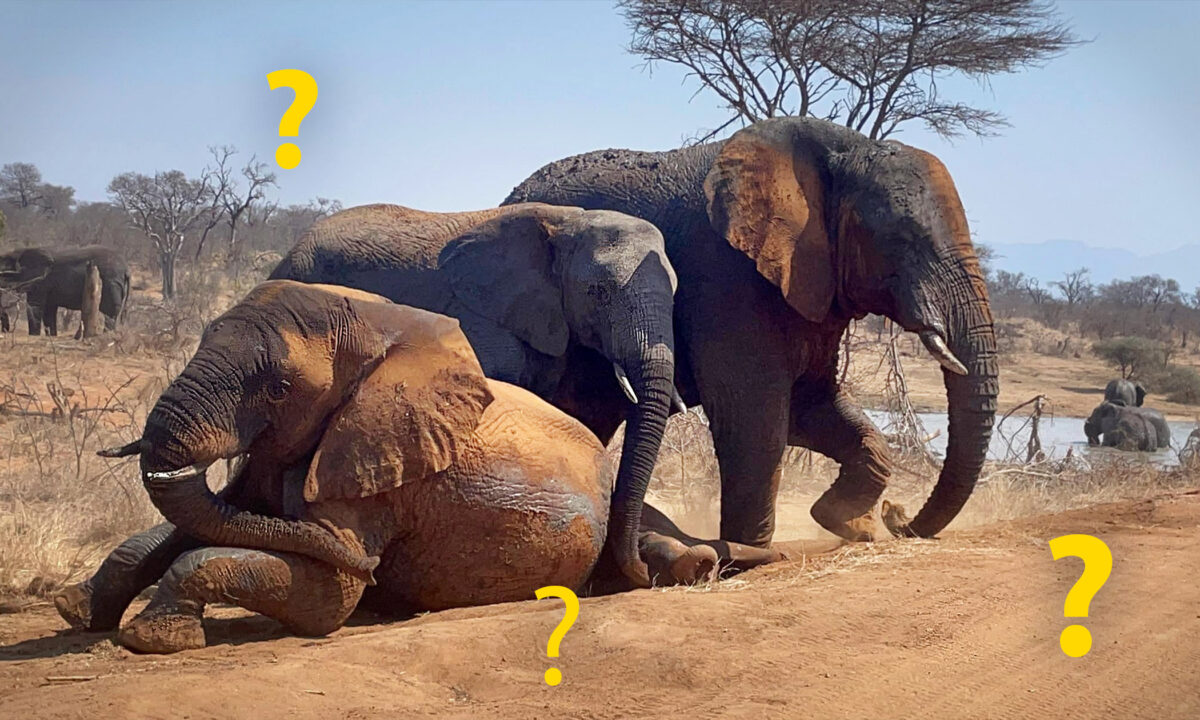 How Many Elephants Can You Spot in This South African Herd? Hint: You Might Need X-ray Eyes to See Them All

How many trunked pachyderms—elephants—can you spot enjoying a swim and sand bath in the South African sun in this balmy wildlife picture?

This photo shows a very unique herd of rescued elephants in the Kapama Private Game Reserve in South Africa.

Can you count them all?

See below for the answer.

It might not be too tough to spot the sunbathing elephants in front, or the ones swimming in the background; but if you look closely enough, you might catch sight of a tiny trunk below, beside those big elephant feet in the foreground.

Actually, several of these elephants are orphaned calves, and together they comprise the Jabulani herd, looked after by the Hoedspruit Elephant Rehabilitation and Development (HERD) Trust.

The herd is unique because they were all rescued after coming into conflict with humans. The first was a young orphan, Jabulani, who was rescued in 1997. Jabulani crossed paths with a whole herd of elephants rescued from Zimbabwe in 2002, who accepted him as one of their own, hence forming the herd of his namesake.

And, HERD has continued accepting orphaned calves, the products of conflict between elephants and humans. In 2009, Kumbura the calf was rescued near the South African-Botswanan border. The herd’s matriarch, Tokwe, accepted Kumbura with open arms—err, trunk. Then, in 2016, Timisa was brought in by partner organization Elephants Alive; the orphaned calf also was accepted unconditionally by the herd.

HERD built an orphanage in 2019 along with the HERD Homestead, where the elephants take refuge at night. By day, they happily roam and forage in the wilderness. Each elephant—young or old, male or female—is an integral member of the herd. The carers at the game reserve ensure they are well kept and healthy.

Then, in 2020, the orphan albino calf Khanyisa, who miraculously survived being trapped in a snare for several days, was taken in by the orphanage. She has since been fully rehabilitated into the herd.

The ultimate goal of the HERD Trust is to reintroduce these elephants into the wild. There are currently 16 members; as their numbers grow, they will naturally split into two herds, the trust’s website states. Since they have become so comfortable around humans, securing the right wilderness reserve with no tourism trade will be key in their successful reintegration.

There are 8 elephants in the picture. Did you spot them all?

Some of the elephants are partially hidden behind the others: