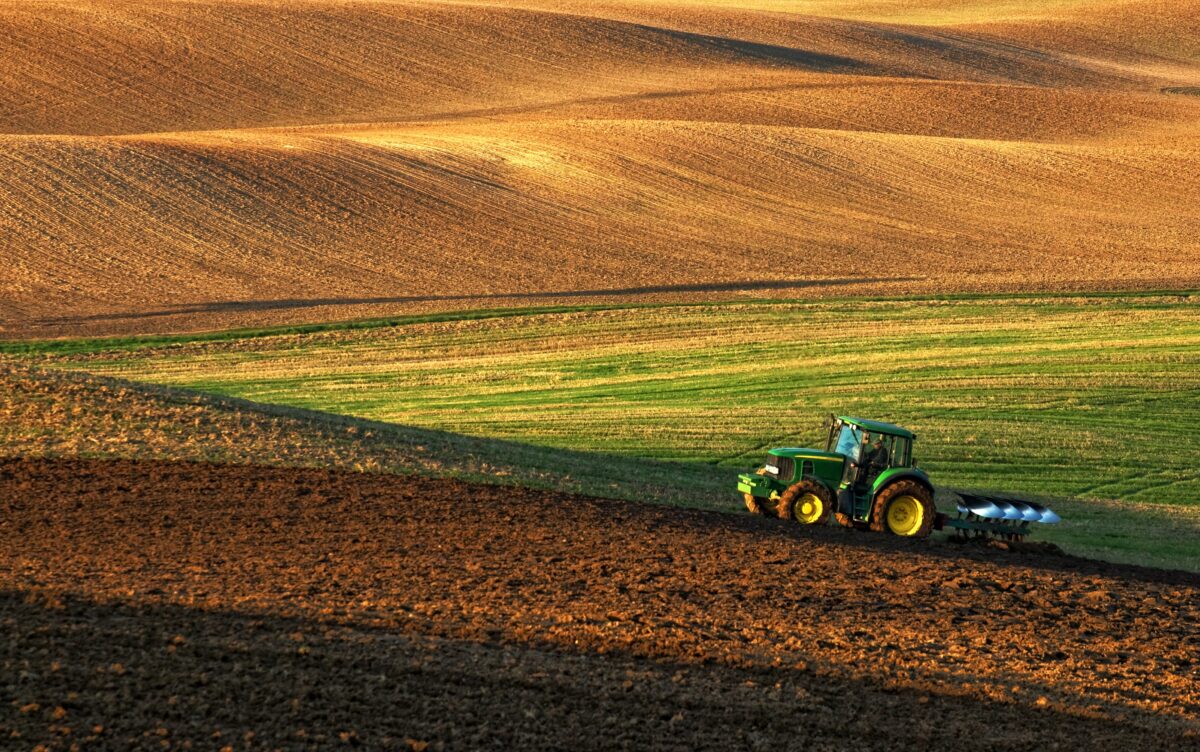 Droves of Easterners were moving westward in 1836, searching for a fresh start and submitting to their faith in the future. Among them was a determined but heavily indebted 32-year-old Vermont blacksmith who had temporarily left behind his pregnant wife and four young children to try his luck on the distant frontier. His name was John Deere.

In his native Green Mountain State, this man had lost his father as a young boy. At age 17, he apprenticed under Captain Benjamin Lawrence of Middlebury to learn blacksmithing. By 1829, married to Damarius Lamb and living in Leicester, twice he chose to build a shop of his own, and twice he saw his business burn to the ground. He built a third shop, but by then creditors began calling on him. With the real and present threat of debtor’s prison hanging over his shoulders, the frontier beckoned him. “The immediate inspiration [for the big move] was [his] being arrested for debt by a Leicester deputy sheriff on Nov. 7, 1836, and discovering after bailing himself out that there was a lien on his property,” reported the Rutland Herald on the bicentennial of this blacksmith’s birth.

Having little choice, he left for the frontier in December and settled in Grand Detour, Illinois, a hundred miles west of Chicago, where the Rock River makes a stark bend from the south to the west. His courage demonstrated that America really is home of the brave, generation after generation, in war and in peace. At Grand Detour, he found his skills in immediate demand. And, as fortune would have it, by the following spring he had struck on a simple idea that would change the world.

Today, the John Deere brand of machinery is as well-known as Ford cars, Kellogg’s cereal, and Dove soap. In 186 years, the company Deere launched has grown into an international manufacturer and distributor of agricultural, construction, lawn & garden, and forestry equipment. Currently valued at $44 billion, it takes its place among the Fortune 100 and employs 75,000 people around the world. To think—such a corporate behemoth began from Deere’s humble solution to a vexing problem that faced all Midwestern farmers in the early to mid-19th century.

He learned that tillers in the heartland faced a problem their New England brethren never faced: The thicker and loamier soil of the Midwest, topped by stubborn grasses, clung to the plow share and gummed up the blade. Farmers on the prairie had to make frequent stops to clean off their plows, signifying a considerable loss of time (hence, money). Not only did the conventional plows clog up, but they were made heavy in order to furrow into the soil. Being a man of undeniable determination and grit, Deere seemed called to solve that vexing problem.

One biographer says, “In personal appearance Mr. Deere was large, well proportioned, strongly built, and had been blessed with strength capable of almost unlimited endurance. In his better days, he would stand at his anvil from five in the morning till nine at night, building plows, shoeing horses, etc. … His feelings were near the surface, and he was singularly sensitive to pathos.”

On the way toward developing his widely received all-steel plow, he came up with his most enduring legacy: the self-scouring moldboard. He knew cast-iron could be highly polished by rigorous grinding, sanding, and buffing, and he applied that knowledge to his plows. He fashioned the blades from kite-shaped pieces of cast iron, 12 inches across, which he would bend concave and reinforce. On the bottom edge he added a strip of sharpened steel for better penetration of the earth. The result was a much lighter blade that could cut into the most challenging of sods. Furthermore, the soil would not stick to a concave surface so highly polished.

Deere had found a way to immediately ease the farmer’s burden and save tremendous time in the field. During this stage of his operations, he was supported by an associate-benefactor named Leonard Andrus, the founder and leading figure of Grand Detour. Andrus lent him the money to succeed. In 1838, he sold 3 plows. In 1841, 75. In 1843, 400. At that point, he paid off his Vermont creditors and signaled for his family to come to Illinois.

In 1847, the Deere family moved to Moline, Illinois, on the Mississippi River. The move facilitated access to greater and easier transportation of his supplies and end-products. For a few years, he went into partnership with R.M. Tate and John M. Gould. At about that time, the United States started producing slabs of cast plow steel. The very first order was filled by John Deere. The first year in Moline, the partnership produced 700 plows. By 1850, 1,600. By 1857, 10,000. In that year, Deere bought out his partners.

In 1858, John brought in his son Charles. Neil Dahlstrom, Branded Properties and Heritage Manager at Deere & Co., co-authored “The John Deere Story: A Biography of Plowmakers John and Charles Deere.” From that work, readers learn of the extraordinary team that John and Charles Deere were. Whereas the father was all about product development, product quality, and company integrity, the son was all about business growth and industry matters. Together, they began growing the company through acquisitions. The next major development for Deere & Co. after the plow was the tractor, and from there, many other things. John would outlive his wife, Damarius. A couple years after her death, he married her sister, Lucenia.

Hiram M. Drache of Illinois Periodicals Online, a digital imaging project at the Northern Illinois University Libraries, reminds us that that to till an acre of land with a hand-held spade required 96 hours. To plow an acre with a crude wooden plow took 24 hours. With John Deere’s first plow, it took between 5 and 8 hours. And by 1998, a 425-horsepower John Deere 9400 four-wheel-drive pulling a 15-bottom plow (15 blades) could till an acre in just over three minutes. According to Drache:

Never in history has an acre of land been moldboard plowed with less physical effort by the plowman. Never has the soil been better tilled, nor has it produced more. Today the work is performed 1,800 times faster than the person who spaded the acre, and 122 times faster than with the plow of the mid-1800s. Everyone who enjoys the abundant supply of inexpensive food should be grateful for John Deere and his plow.

Dahlstrom says the last Deere family member to serve as CEO was William Hewitt, who retired in 1982. Hewitt was married to Patricia Wiman, the great-great-granddaughter of John Deere. The company’s first direct public offering of stock was in 1952. Deere & Co. was incorporated and began trading as its present-day legal entity on August 1, 1958.