How Hygiene Changed Our Lives 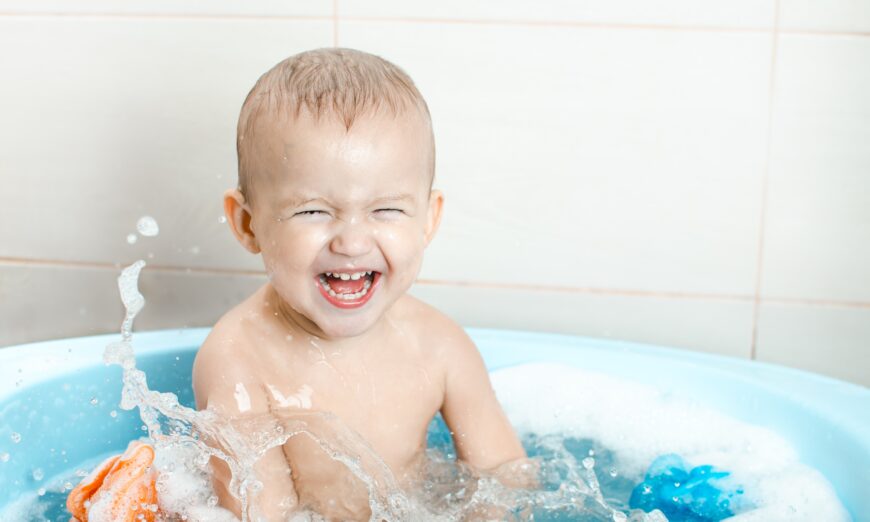 People didn’t always consider water as the plentiful hygiene essential that we do today.( komokvm/Shutterstock)

Modern medical advances have contributed immensely to public health. These discoveries are credited for nearly wiping out diseases that once took many lives. But one method, in particular, may hold the most influence.

In 2007, the British Medical Journal asked readers to choose the greatest medical advance since 1840 (the year the Journal began). Over 11,000 wrote in. Antibiotics and modern surgical techniques both had many fans, but the winner was indoor plumbing.

It’s easy to see plumbing’s charm. Hot showers and washing machines are obvious benefits, but one aspect we’re less apt to consider is health. Widespread adoption of modern sanitary standards led to a decline in infectious pandemics that once ravaged the Western world.

The complex infrastructure that made this change possible took a long time to develop—both in the effort needed to build the system, and the revolutionary ideas that inspired it. Peter Ward, a history professor at the University of British Columbia, explores the forces that made modern hygiene in his new book, “The Clean Body.”

The discovery of germ theory—the idea that microbial life is the cause of infectious disease—is often believed to have single-handedly ushered in contemporary sanitary standards. While this insight certainly played a role, the seeds of the cleanliness movement sprouted much earlier.

Ward traces the beginning of the “hygiene revolution” to the end of the 1700s—about the same time as the American Revolution—when a growing number of upper-middle-class Europeans began to consider regular bathing as a way to show off their social standing.

“Urban people of wealth often tried to distinguish themselves from those who they believed were their social inferiors,” Ward explained. “One of the ways they could do this was to adopt different body care practices.”

It’s no coincidence that this trend emerged during the Enlightenment Era, when society began to reconsider long-held superstitions with a more rational understanding. Long before people discovered the concept of germs, they had to update their attitude toward water.

People didn’t always consider water as the plentiful hygiene essential that we do today. In fact, Ward says our current understanding is a relatively recent development.

“Our typical notion of water is a product of the last 100–150 years,” he said. “It’s a product of the industrial age. It’s treated long before it comes to us. It’s altered to meet our particular health needs.”

Contrast our modern notion of water to that of several hundred years ago. The people of Medieval Europe saw water as a vessel for spirits, some good (think holy water and baptism), and some bad. Water could be used for health and well-being, but it was also feared to bring disease and death.

Such beliefs persisted during the reign of King Louis XIV who ruled France for over 70 years until his death in 1715. Louis is often remembered for his grand palaces and lavish wardrobe, but he only took two baths in his lifetime.

Louis suffered from convulsions, so doctors recommended bathing as a remedy. But the treatment gave him a headache. After his second bath, Louis never entered the tub again.

Rise of the Bath

“He didn’t think he was dirty and neither did his contemporaries. He cleaned himself by changing his underclothes, apparently several times a day,” Ward said. “That was how the body was cleaned. The clothes absorbed the nastiness that the body exuded, and then they were taken off and replaced by something else.”

When the bathing trend first spread throughout Europe in the late 1700s, cleanliness was not yet the goal. Instead, people were seeking a luxurious experience, in addition to differentiating themselves from lower classes.

Part of what made bathing so exclusive is that only the well to do could afford that much water. In early 19th century Paris, for example, the amount of water required to fill a bathtub would cost about as much as three days wages of a common laborer.

Even if you could afford the water, taking a bath was a lot of work because there was no dedicated space for it. Submerging your naked body in local lakes and streams was considered immoral and was often illegal, and even the wealthiest homes lacked a bathroom. To fill the early demand for baths in the pre-bathroom world, delivery services sprang up in major European cities. They would arrive at your home with a tub and water and take everything away when bath time was over.

Cleanliness may not have been the initial idea, but as more people began adopting the bathing habit, a stark social hygiene divide began to reveal itself. That’s when people from the cleaner class began thinking of ways to bring the benefits of bathing to the unwashed masses.

“Some of the mid-century social reformers saw a close link between being clean and being respectable, and having greater opportunities and a good living in British society,” Ward said. “That idea began to be more generalized pretty much everywhere in the Western world. All this was long before the germ theory.”

One effort to give those of more modest means a greater opportunity to bathe brought back an old institution. Public bathhouses were built in cities throughout Europe and the United States. They charged a small fee compared to private bathing operations, but even a weekly visit remained out of reach for many.

Yet the push to bring the new norms of upper-class cleanliness to the poor persisted. This was inspired in part by smell (before sewer systems, waste often seeped into the streets) and by an emerging observation about disease: Where there were concentrations of filth, epidemics soon followed. Pandemics like cholera—one of the most dramatic killers of modern history—made this point clear. But doctors still didn’t understand why it happened.

At the end of the 1800s, germ theory delivered the explanation. For hygiene promoters, germ theory provided a convenient scientific rationale for their cause. But Ward says the idea was not an easy sell. Even many doctors were skeptical of a concept that describes microscopic creatures as the cause of infection.

“We tend to think of germ theory retrospectively as some sort of magical moment in which all that wisdom and understanding was transformed in a very short period of time,” Ward said. “It was contested long before it was more or less proven. And it was not universally accepted for quite a long time after as well.”

It’s hard to imagine living without indoor plumbing today. One reason why we take this invention for granted is that it literally runs in the background of our lives. Clean water reliably flows from our taps, and waste is conveniently whisked away. But the system that makes this magic possible is found almost entirely underground.

The modern plumbing network actually consists of two systems—one to bring clean water into each home, and a complimentary system to take sewage out. It’s a complex and costly infrastructure, but it ensures that our freshwater supply doesn’t get contaminated with disease-causing microbes.

Making this system work meant rediscovering a lost technology. Major cities in the Roman Empire had effective water management systems over two thousand years ago. However, when Rome fell, the knowledge of city water management crumbled with it.

By the middle of the 20th century, plumbing had once again spread throughout civilization. Virtually all urban people and a large portion of rural dwellers had access to piped water. And as plumbing spread, the cost of water fell dramatically. However, only recently has easy access to regular bathing finally come within everyone’s reach.

“It’s not often recognized that even in the United States—which by the mid-20th century was the richest country in the Western world—only half of the homes had a bathroom. It only became more or less universal by the 1980s or 1990s,” Ward said.

As plumbing connected our homes, the habits of modern hygiene informed the culture. In the effort to mitigate the spread of germs and illness, schools and hospitals began emphasizing regular hand washing, and the soap industry constantly supported this message in print, radio, television ads.

Today, nobody disputes the role modern sanitary conditions have had in reducing illness. But just how much has it helped? Vaccines are sometimes cast us the ultimate tool of illness eradication, but some suggest that reports of their influence have been exaggerated because most of their so-called success is actually due to modern sanitation.  Immunization campaigns emerged about the same time as widespread plumbing.

One example is a darling of the vaccine success story—polio. This virus is often transmitted through human waste. In areas of the world where sanitation and hygiene are poor, the disease can spread rapidly.

It’s clear that cleanliness is important, but Ward says he can’t conclusively quantify hygiene’s impact. The best evidence he can find is anecdotal. The rate of infant mortality (which ranged from 25–70 percent in the 1800s) saw a steady drop in the Western world throughout the 20th century.  Even during the profound economic turmoil of the Great Depression, infant survival rates continued to climb.

“There are probably a series of additive explanations that help to account for that fact. But it seems to me the ongoing progress of hygiene has to be a large part of the explanation,” Ward said.

Overall, the trend toward cleanliness has been positive. But today, this over 200-year push for an increasingly cleaner society is starting to see some push back. New insights in medicine via the microbiome have changed how we view our relationship with germs. Bacteria is no longer an enemy we seek to destroy, but more of a companion we must keep in balance.

Some doctors now believe that the world we live in has become so sterile that we lack the exposure to germs necessary to strengthen our immune systems. They ask us to take it easy on the hand sanitizer and antibiotic soap, warn against over-washing to prevent skin problems, and even encourage kids to play in the dirt every once in a while for their own good.

Ward sees both practical and ideological reasons for this contrary position, but he trusts it won’t become too extreme.

“I’m fairly confident that this is not going to have us reverting back to earlier practices,” he said. “The main pathway of disease transmission is hand to mouth. That’s why clean hands are important. That’s why every hospital has all these little dispensers at the entrance. This has been around for a century or more and it’s not going to go away because it expresses a deep truth.”

“It’s one of the core principles of contemporary epidemiology and population health care, and it rests on bedrock scientific knowledge,” Ward said.