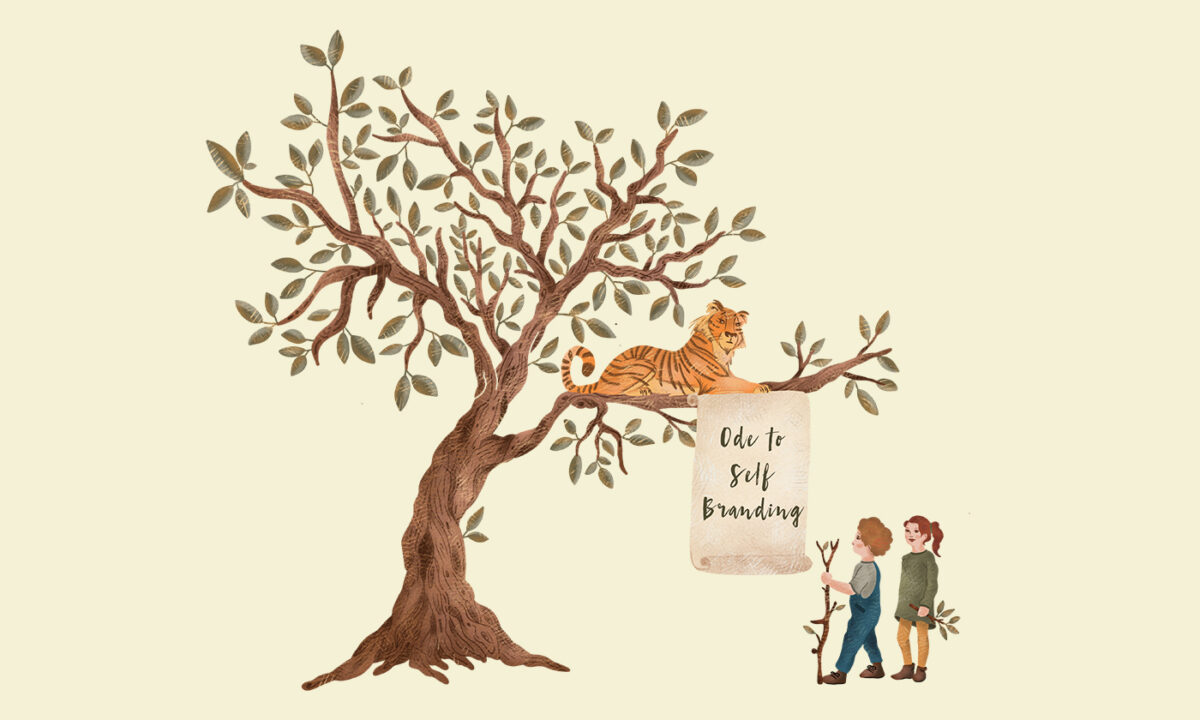 Taking time each year to build and form a school community
BY Janice Abernethy TIMEApril 25, 2022 PRINT

Have you heard the term “branding yourself?” It’s a new term being used by young entrepreneurs and being exploited by young millennials. The new trend is to brand yourself. Give yourself a logo, pictures of yourself that portray yourself a specific way, a motto, and most importantly, a website that uses specific colors and all of the parts of the brand that make you unique and special.

If you are confused, that’s okay. There are lots of millennials out there ready to help you out. They have developed entire companies around helping you find your brand. For just a few thousand dollars, they can find you a new hairdo and new wardrobe and photograph you to look like a model doing what you do. There are website creators who can find just the right colors for your website. They can give that website just the look that fits your business. Of course, it might be better if you hire a designer first to create your logo and give you a variety of design ideas before you actually go to the website creator. It all depends how important branding is to you.

When I first heard about branding, I was intrigued. My first thought was, “Isn’t this what Mrs. Abernethy’s fifth grade classes have been doing since the late 1990s?” My second thought was, “I sure hope my Generation X students realize that, and they are not paying thousands to have someone brand them! Or even better, I hope they are creating the companies to brand other entrepreneurs!” Let me explain.

East Elementary, the school where I taught, was forward enough thinking to give teachers the first two weeks of school every year to “build a community” in our classroom. You see, our school had a secret. We knew that those two weeks would pay off over and over as the year progressed. We rarely had discipline problems at our school, and the classrooms that took community building the most seriously literally never had behavior problems.

My son was in second grade when I first started teaching, and he came to school with me every year on that one day in April called, “Take your Kid to Work Day.” I remember when he was in fifth grade, he said to me on the way home, “The kids in your school are really different than normal kids.”

I looked at him funny and said, “What do you mean?”

He said, “They’re just really nice. I mean really, really nice. They don’t bully anyone or say mean things just to make someone laugh. You know that’s not normal, don’t you?”

Those words, “You know that’s not normal, don’t you?” were the words that always rang through my head when I worried we weren’t getting into the academics yet in the first two weeks of school. Those words rang in my head when someone suggested we do away with the two-week rule. I didn’t want “normal kids.” I wanted “nice kids.” Besides, we got those two weeks back and more in academics because our kids were a community of learners that wanted to learn.

So, what did we do in those first two weeks? That was up to the individual teacher, but this is what I did. The first few days were entirely devoted to coming up with a name for our classroom. I started with a PowerPoint that grew by one slide every year. Each slide showed a picture of a former class with the name they had chosen for that class. Here are a few examples: Cyber Chickens, Global Gorillas, Ponderous Pandas, Fantastic Ferrets, Wise Wolves, etc.

What do you notice about all of the names? They are all two words, they all have alliteration (start with the same letter), they all have an animal in the name, and they all begin with an adjective. It doesn’t take long for the students to notice this, too. Once we established that, we started with the animal.

Students were always sitting in groups of four to six in my classroom. After narrowing down their individual lists of animals, they would try to narrow their choices down to one or two in their group. We talked about persuasion tactics, and I explained that if you felt really strongly about an animal, you needed to convince your group with words why it should be the class name. Any group found arguing about a specific animal would have that choice automatically thrown out. (It rarely happened.) After they narrowed down their choices, they had to choose a spokesperson to convince the class that the animal they had chosen was the best. If they had more than one animal, they would have more than one spokesperson.

By this time, it was lunch and recess already! On the playground, it was so exciting to hear the kids talking about the class animal that would be part of the name. I sometimes saw students practicing their speeches. They were hooked. After recess, the speeches began. After each speech, the animal’s name(s) was written on the board. Then we had a vote, and the animal receiving the most votes became part of the new class name.

The second day, we worked on the adjective that would go with the animal name they had chosen. You may think, what’s the big deal? Well, if it wasn’t a big deal, do you think we ever would have come up with Ponderous Pandas? Or Dauntless Dogs? Or Outdazzling Owls? We went through the same process: working individually, then in groups, then presenting, then voting.

Once we had a name, it was used for everything. We had a website, a blog, and a YouTube channel. If our class did a special project, we created an extra blog for that project, but they were all marked with the class name and our mascot. Oh… the mascot. Well, the first weekend after school started I either went to Build-A-Bear or the local stuff-an-animal store or Amazon to create a stuffed animal we could use as our mascot. This stuffed animal needed to be quality, because I knew it would go through a lot. You might think fifth graders are too old for stuffed animals, but if you could have seen these kids when I would bring in “Global Gorilla” or “Powerful Penguin,” you most definitely would not think so.

The mascot animal had its own blog. It wrote about things that were going on in the classroom. That meant if we were going somewhere, the penguin had to come with us. And if you ever saw one of my classes on a field trip, you would think they were the paparazzi. They would set the mascot up for a photoshoot on anything they found interesting, and when we got back to class, they would write a blog post about it. Some might say, you let them use phones or iPads to take pictures. If it got them to write, you better believe I did.

I believe it was in 2008 that I had the Global Gorillas, and I bought each of my students a Global Gorilla T-shirt with a picture of our class mascot and our class name on the front. In 2009, I took it up a notch with the Techno Tigers. That’s when I started buying the pens with our class name, website, and mascot. I got a deal if I bought 500 pens, so that’s what I bought. My class and I gave those pens to everyone! The best part was they were the best pens anyone has ever used, and some still work today. I continued buying pens from the same company right up until my last year of teaching, and I am probably best known for those pens because anyone I ever gave one to still has it. They never run out of ink!

What was next? Business cards, of course. I started creating business cards for each class in 2009, too. So, the Techno Tigers got T-shirts, pens, and business cards that year for Christmas, and that became a class tradition. It also became my husband’s nemesis. He once added up how much money we were saving now that I’m not teaching anymore, but I knew he was kidding. I always told my students that all of these gifts came from Sam, my husband, so they worshiped him, and I know he thought that was pretty cool even if he didn’t admit it.

So back to branding. A class name, a mascot, business cards, pens, T-shirts, a website, several blogs, a YouTube channel… Yes, I think Mrs. Abernethy’s fifth grade classes invented “branding.” Check out jabernethy.com/Class-Websites.html to see all of our different personalities and “brands.”