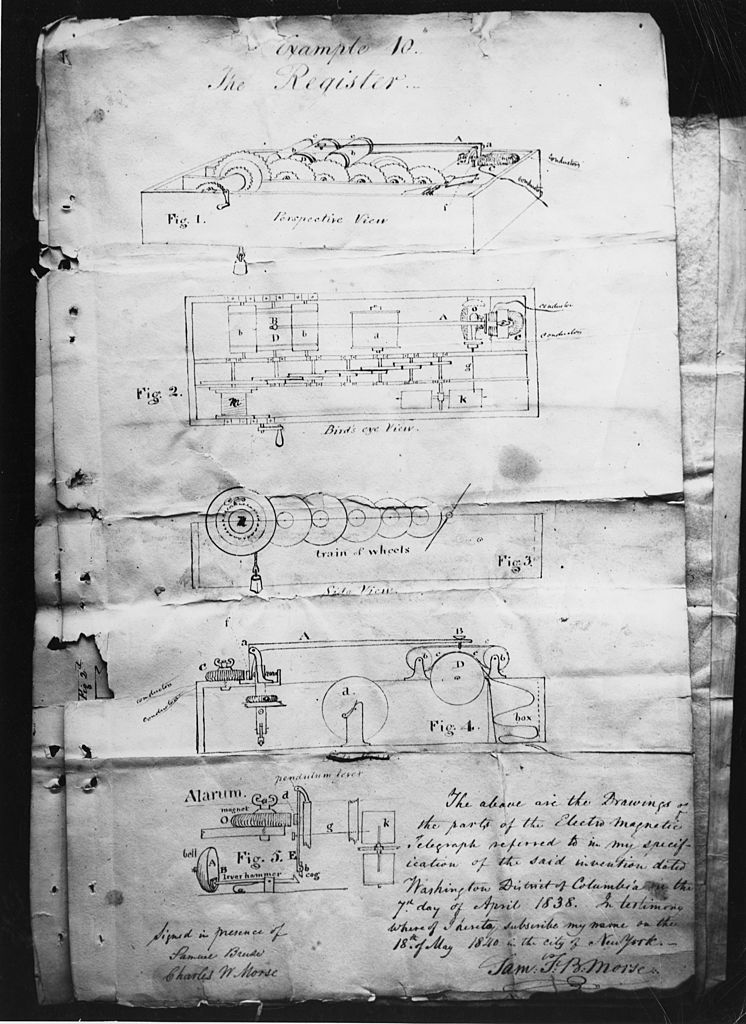 How Government ‘Helped Advance’ One of Greatest Inventions of the 19th Century: The Telegraph

Much of the telegraph’s success can be attributed to the fact that government officials failed to recognize its potential, paving the way for entrepreneurs
BY Lawrence W. Reed TIMEAugust 16, 2022 PRINT

No mortal being knows tomorrow as well as he knows yesterday, but that doesn’t stop very many from predicting the future anyway—sometimes suggesting a measure of scientific precision by offering excruciating detail. Nobody knows what 2023’s GDP growth will be, nor what the temperature will be on Christmas Day in Chicago, but you can bet that plenty of people will be happy to throw some numbers at you.

Every time government officials choose to subsidize an industry or handicap another, they pretend to know more about the future than they really do. Economists call it “picking winners and losers,” and it notoriously flops. And why should we expect otherwise? People who invest their own money, and have every incentive to invest it well, frequently make mistakes. People who gamble with other people’s money and bear few if any consequences for error will surely make even more mistakes. This is not rocket science.

The U.S. government bet on Samuel Langley and gave him a couple million dollars to invent an airplane, but Langley crash landed and the unsubsidized Wright Brothers did the job for free.

A few decades earlier, the same government doled out land and public money to three transcontinental railroad lines, all of which wasted the subsidies and went broke. Meanwhile, the most successful transcontinental (built by James J. Hill) never took a dime from Washington.

A century ago, Lord Kelvin of the British Royal Society declared that “radio has no future,” just as the world went crazy for radios.

The Obama administration famously doled out half a billion dollars to the green energy firm Solyndra, which happily took the money and declared bankruptcy two years later.

I don’t intend in this essay to produce a list of forecasting failures, whether from the government or the private sector. Volumes have already been written on the subject. My task is far more modest—namely, to share with readers one interesting example that occurred barely 200 years ago.

The telegraph, one of the great inventions of the 19th century, revolutionized communications. As Tom Standage explained in his splendid book “The Victorian Internet,” before the telegraph, messages traveled at the speed of horses. From London to New York, a message required weeks of travel by ship. But after the transatlantic cable debuted mid-century, a telegraphed message from London showed up in New York in a matter of minutes. The world over, this was greeted as nothing short of miraculous.

When a 28-year-old scientist named Francis Ronalds approached the British Admiralty with his idea of sending messages via wire, he had good reason to expect a positive reception. Quite possibly the world’s first electrical engineer, he had already accomplished the impossible by transmitting a signal across eight miles of wire. It was the world’s first working electric telegraph.

On Aug. 5, 1816, Sir John Barrow delivered the British Admiralty’s stunning verdict. Ronalds’s invention was “wholly unnecessary,” he said. His Majesty’s military would continue to communicate via semaphore (signal flags and the like), as it had for centuries.

That was temporarily bad news for Ronalds, but good news for the telegraph. If the British government had become involved and thrown public money at it, it might have jeopardized the future growth and competitiveness of an industry that took off on its own. Commercialization of the telegraph blossomed in the 1840s, in response to market demands instead of political decisions.

In America, the first telegraph line was run by the federal government, from 1844 to 1846. As historian Burton Folsom explained:

“Cave Johnson, the Postmaster General, argued that the use of the telegraph ‘so powerful for good or evil, cannot with safety be left in the hands of private individuals uncontrolled.’ Only the government, Johnson concluded, could be trusted to operate the telegraph in ‘the public interest.'”

Johnson’s assessment proved dead wrong. After two years, Congress tired of the losses and privatized the line. Entrepreneurs figured out how to make it profitable and quickly turned the telegraph into a national, then international, enterprise.

Ronalds fared quite well in spite of the Admiralty’s judgment. He became a wealthy man and one of the world’s most respected scientists of the day. Known even in his lifetime as the “father of electric telegraphy,” he made immense contributions to civil and mechanical engineering, meteorology, and early camera technology. At the age of 82, he was knighted by Queen Victoria, in part for the invention the British Admiralty rejected more than a half century before.

On his own dime, a private inventor named Ronalds saw a future in something he created—a future that government officials chose at first to ignore. In the end, the Admiralty was the loser. The winners were consumers, taxpayers, and Ronalds himself.

“The Victorian Internet” by Tom Standage

“When the Telegraph Came to Michigan” by Burton W. Folsom