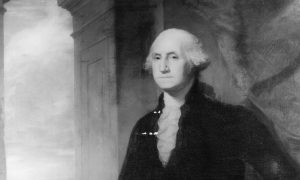 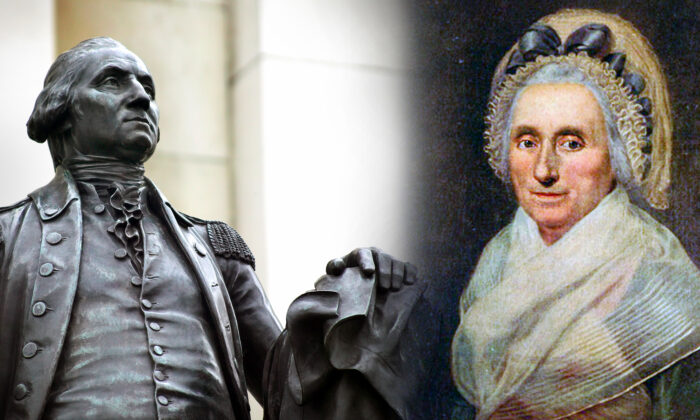 While George Washington is remembered as the man most responsible for transforming the colonies into United States, many Americans don’t know about the influence of his mother, Mary Ball Washington.

Despite more than two centuries of America’s history as a Republic, its citizens still look at our first president as the greatest according to polls. While historians have debated Mary Washington’s temperament, it is clear that without her strength of character, her son would never have achieved the greatness that he did.

Orphaned by the age of 12, Mary went on to successfully raise five children and run a sizeable estate. What is even more impressive is that she did this mostly by herself after the death of her husband, Augustine Washington, in 1743. While she could not claim the kinds of public accomplishments that some men of her day could, these private feats are arguably just as important.

The colony of Virginia, where Mary Ball was born, sometime between 1707 and 1709, was a difficult place to survive, much less thrive. Her father, stepfather, mother, and brother were all dead by the time she reached 12.

As biographer and historian Martha Saxton put it, “Her early experiences, like those of so many of her contemporaries, left her emotionally battered, with fierce survival instincts.” Widowed after nine years of marriage, she raised her children, sons George, Sam, John, and Charles, and daughter Betty “struggling with little cash, worn-out acreage, and often indifferent or dishonest overseers.”

Mary Washington nonetheless managed to hold on to the family home, Ferry Farm. She was able to do this because of her ironclad faith, which was nourished by her reading of the Bible and Matthew Hale’s Contemplations: Moral and Divine (1676). She passed on spiritual wisdom to her children and George Washington would often quote from Hale as an adult.

As scholar Kevin Hayes’s survey of the president’s personal library showed, “She encouraged him to reflect on his reading and experiences through shared engagement with books promoting meditation and contemplation. Volumes that Mary signed ended up in George’s hands and remained in his library until his death.”

Besides her faith, Mary Washington exemplified the values of hard work and making do with little. Some archeological evidence discovered by Washington biographer Phillip Levy suggests that in addition to the income from the farm, she may have set up a cottage industry to supplement. Given her extensive influence over her children, it isn’t difficult to imagine where George Washington’s own legendary frugality came from.

Mary Washington’s relationship with her oldest son was complex. As a woman who had fought hard to maintain her family’s independence, she could be domineering. When a young George hoped to enlist in the Royal Navy in 1746, his mother wanted to know if this would further his career before accepting.

She wrote to her brother John Ball in England, who strongly recommended that the boy could be much better off becoming a farmer in Virginia, and his Navy prospects were rejected. While George was disappointed, his alternate career as a land surveyor gave him firsthand knowledge of the land and people of colonial America. This would be vital in his later duties as Commander-in-Chief of the Continental Army.

Upheaval During the Revolution

During the Revolution, like so many people, Mary Washington had her life turned upside down by war. In addition to “shortages of essentials, rapid, devastating inflation, and social turbulence,” as Marth Saxton describes it, George’s mother had to flee from the British army in 1780–1781.

Over 70 years old, she saw her son Samuel pass away and lost the financial support of Betty’s husband, who also died. The fighting had also separated her from her son for five long years.

Later in life, Mary Washington disagreed with her son over issues of money, especially as related to her independence. He wrote to her in 1787, recommending that she move in with one of her children: “This would relieve you entirely from the cares of this world, and leave your mind at ease to reflect, undisturbedly on that which aught to come.” Mary Washington, however, had lived most of her life alone and wanted to keep her house and autonomy.

Mary Ball Washington passed away on Aug. 25, 1789. Having reached the age of 80, she outlived many members of her family and saw the American Revolution come to fruition. She even lived long enough to see her son inaugurated as the United States’ very first president.

George Washington wrote to his sister Betty, “Awful, and affecting as the death of a Parent is, there is consolation in knowing that Heaven has spread ours to an age, beyond which few attain.” Having seen a world she helped transform, Mary Washington could finally rest in peace.

Her memorial at Meditation Rock, where she once used to read the Bible and prayed every day, had its cornerstone laid in 1833 by President Andrew Jackson, whose words resonate still today, “When the American pilgrim shall, in after ages come up to [the] column, may he recall the virtues of her who sleeps beneath.”