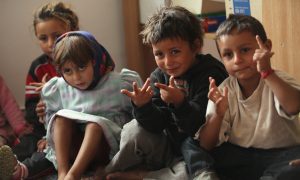 If Education Is the Cure for Poverty, Then How Do We Make the Antidote?
0
Share Now
TelegramFacebookTweetEmailTellMeWeReddit
Copy Link 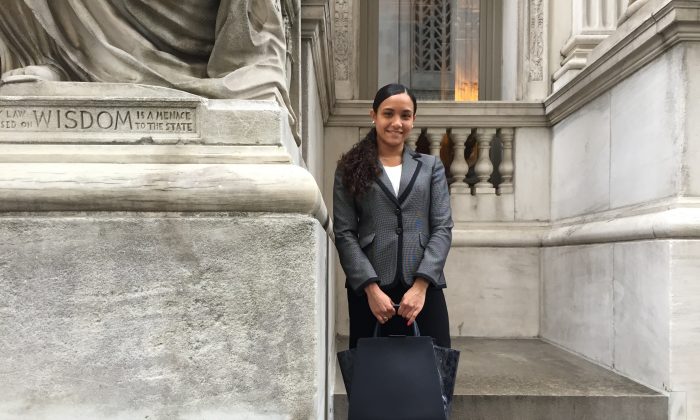 Christina Seda the day she was sworn in as an attorney on the New York State Bar. (Courtesy of TEAK)
People

NEW YORK–Not only do children from low-income communities struggle to access quality education, it can be difficult for them to expand their horizons outside of the classroom. One woman was fortunate to have someone help her overcome academic obstacles through close mentorship. Furthermore, her mentor exposed her to different cultural experiences she otherwise would not have had access to. Now, she’s striving to do the same for other young people.

Christina Seda is a successful attorney from the Bronx, where she still currently lives. She grew up in a single parent household with four siblings. Her mother regarded education as incredibly valuable, and she was an advocate for public education. As the president of the parents association, she organized a protest to address overcrowding in public schools, as there were over 30 kids in Seda’s classroom. Seda vividly remembers making posters, marching, and going to meetings with her mother with the school superintendent to discuss what the school and students weren’t receiving.

There is so much untapped potential in low-income communities, it just needs to be discovered. This woman is an excellent example of someone with so much to offer the world who came from humble beginnings.

“I think that shaped a lot of who I am today,” Seda told The Epoch Times.

Seda’s mother learned about a program called the TEAK Fellowship from Seda’s guidance counselor. TEAK is a free program that teaches and mentors students from low income backgrounds and prepares them for competitive high schools and colleges. The organization was founded by Justine Arrillaga after she losing two friends and a student to violence. Seda and her mother thought the organization was a road to a better life, and would provide opportunities that would otherwise be unavailable to her.

The curriculum at TEAK consists of formal education in subjects like math and English. While these subjects were taught at her local public school, Seda vividly remembers the coursework in her English class at TEAK was more challenging than anything she had experienced before. For instance, she remembers writing an essay on Zora Neale Hurston’s “Their Eyes Were Watching God,” which was an entirely more rigorous assignment than what was being offered at her local school. The purpose of the demanding nature of the work was to prepare her and other TEAK students for the competitive high schools they would eventually attend.

There were also practical skills Seda learned at TEAK like how to network, how to be comfortable in unfamiliar spaces, how to develop her own voice, how to make an argument, how to advocate for herself, and how to negotiate. They also required participants to engage in some kind of extra curricular activity at their high school and participate in some type of community service.

Seda’s experience at TEAK allowed her to acquire the skills she needed to gain access to a better education, and ultimately, a better life. However, she also became exposed to world where she was often one of a few minorities from a lower income household in a generally white, wealthy student environment. And it could be intimidating.

As a result, Seda faced her fair share of obstacles like implicit bias, prejudice, and her own insecurities of wondering whether or not she belonged. However, she overcame these obstacles with resilience and support from her TEAK mentors.

Seda found her high school experience academically satisfying, but it was also a big cultural and social change. Seda had come from a different part of the city, and certain students had false preconceptions of what life in the Bronx looked like. Nevertheless, she made great friends that she still has relationships with today. She also became acutely aware of the differences between her former public school and her private high school.

Seda attended Trinity College, and became immersed in her public policy, law, and Latin American studies. She also had the opportunity to study abroad in Santiago, Chile, which was an experience she knew her siblings didn’t get to have. It was the educational chasms that she was familiar with that motivated her to go to law school. While at Yale Law School, she participated in an organization called Advocacy for Children and Youth where she represented children in abuse and neglect proceedings, and ended up being a co-director of the program.

“Participating in the clinic was rewarding because it provided the opportunity to serve as a mouthpiece for a client who, as a child, was in a vulnerable position, in an intimidating setting, and allowed me to empower that child by ensuring that her views were acknowledged, and addressed,” Seda explained.

Even though Seda is a busy attorney she makes time to return to TEAK as a mentor, and has been involved for the last four years. As a former TEAK participant, she can empathize and relate with the students, and she feels compelled to give back.

“In terms of my professional and academic achievements it’s hard for me to point to one that I can’t trace back to TEAK in some sort of way because the program was such a formative part of my academic and professional development as a person,” Seda explained.