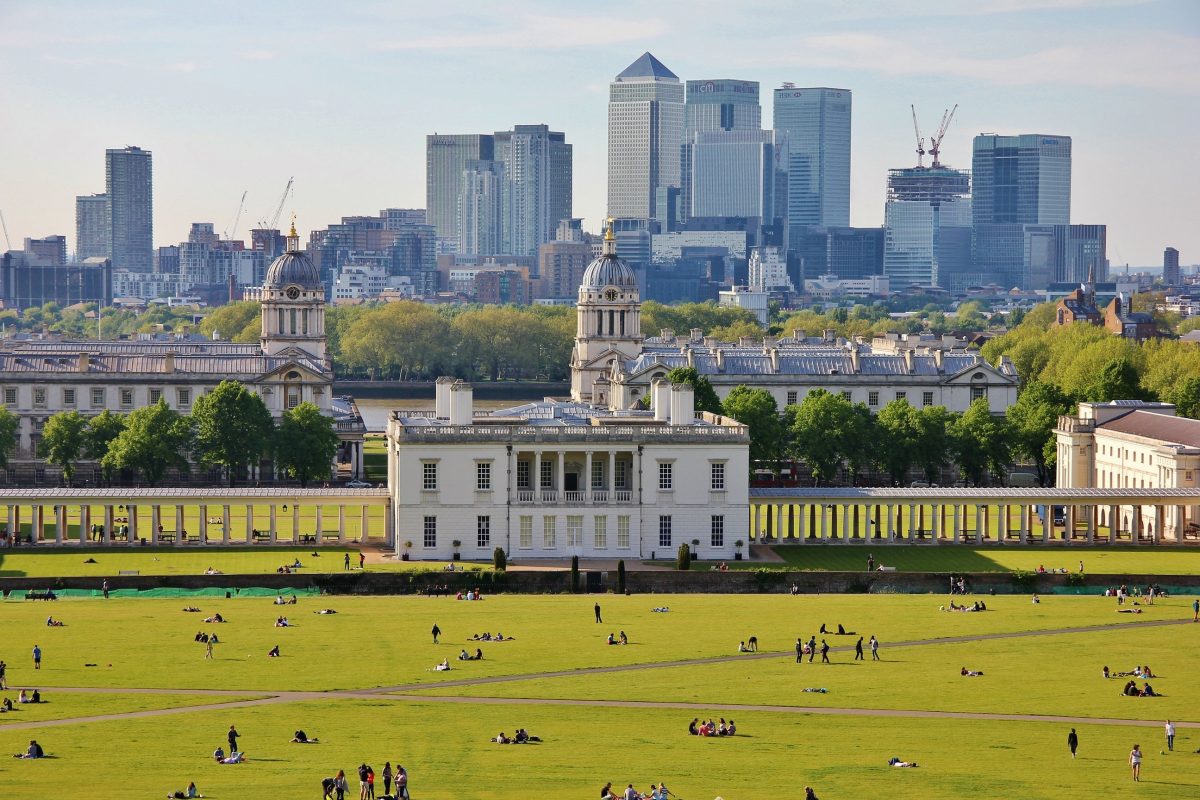 How different is Greenwich from the rest of London?

Now that I’ve been living in London for nearly a month I’d like to show you what I’ve been getting up to when I’m not working from home in my PJs (that’s my favourite thing about working remotely, there’s no need to get dressed!).

All my attention has been going into exploring the area where I live, Greenwich, or the Royal Borough of Greenwich if I use its posh name – but modest, little Greenwich will do.

It’s located across the river Thames in South East London away from the hustle and bustle of the inner city. It’s no more than twenty-five minutes away from central but it could be mistaken for being another York or Oxford, were it possible for one of those cities to uproot and permanently relocate south of London.

Cobbled streets, greenery, squirrels, deer, exotic birds, space – Greenwich is nothing like the rest of London – clearly. Being here is like having the best of what urban and rural life has to offer, and heading up the hill to the Royal Observatory to admire the panoramic views of London shows off this wonderful juxtaposition. And just so you know, this too, is the most beautiful view of London and worth a trip to Greenwich if for nothing else.

A visit here is unique because it’s so untypically London, yet being a UNESCO World Heritage Site, it’s one of the most culturally important places in London. Home to the former Royal residence, the architecture of many of the buildings are simply stunning, noted for being the first example of Palladian architecture in Britain. This style was influenced by the Venetian architect Andrea Palladio whose style became popular in the mid-17th Century.

More significantly, Greenwich is most famous for the Greenwich Mean Time (GMT) which is basically where all measured and standardised time starts. Why does it start in Greenwich? Simply because it was the working-place of some very clever guys who solved navigational problems which enabled explorers and people at sea to travel more accurately.

If you pay to go in the Royal Observatory (some areas, are however, free), it is possible to take a photo of you standing astride the Meridian Line with a foot inside each hemisphere, but if you go on the weekend it’s likely such a photo will take up to an hour of queuing. This is not how I would suggest you spend an hour of your time; especially when you could be raiding the chocolate stall in Greenwich Market; rummaging through quaint vintage shops; feeding the abundance of insanely curious and confidence squirrels in Greenwich Park; or browsing through the quirky fans in the aptly titled Fan Museum, a one of its kind in the world. Unlike other areas of London, this place definitely likes to sleep at night so make sure you come during the day when its most alive.