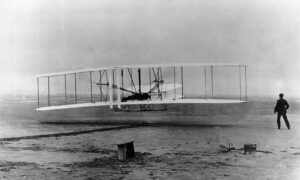 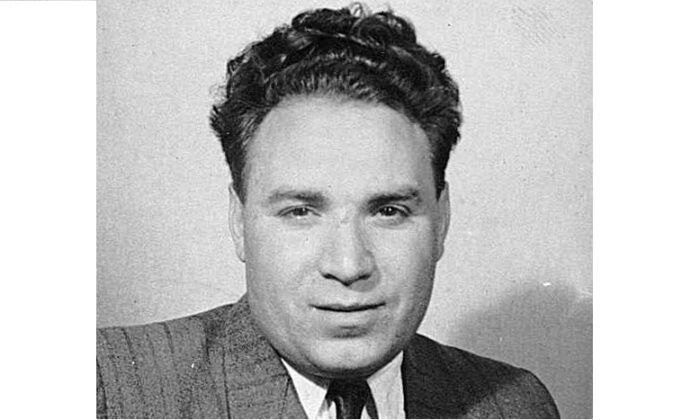 For honest, successful entrepreneurs, the fabled journey from rags to riches is peppered with initiative, misfortune, reward, luck (good and bad), and lessons galore. In the remarkable life of the late Samuel Klein, all those elements were present in such superabundance as to render his true story almost unbelievable. It is certainly one of the most incredible I have ever run across, and it involves two of my very favorite countries as well.

Rags to riches is, in this instance, an understatement. At his lowest point, Klein was on death row in a Nazi concentration camp in occupied Poland. At the other extreme some years later, he was one of the richest men in Brazil, a world away.

The Son of a Carpenter

Klein was born to Jewish parents on Nov. 15, 1923, in Zaklikow in southeastern Poland. It is a small town even today, boasting barely 3,000 inhabitants. Notably, its citizens engaged in a year-long uprising in 1863–1864 against the Russians in a failed but courageous attempt to resurrect the Polish–Lithuanian Commonwealth.

Klein’s father worked as a carpenter. It earned him a very modest income that he stretched to feed himself, his wife, and nine children. Klein attended only the first 4 years of elementary school, then went to work assisting his father. Being Jewish, the Klein family faced immediate, mortal danger when Hitler invaded Poland in September 1939. For three years, they endured constant harassment, until the Nazis forcibly separated them. Klein’s mother and five of the children were dispatched to the infamous Treblinka extermination center, where most of them perished. Klein and his father were transported to another camp, Majdanek.

With seven gas chambers, two gallows, and well over 200 buildings, Majdanek was where Klein might well have expected to breathe his last. Some 80,000 prisoners were murdered there. Fortunately, Klein was not one of them. He mustered the audacity to attempt an escape, and in July 1944, he succeeded. During the next 10 months, he dodged authorities while living in the woods and fields of southern Poland, aided by Christian Poles who protected him.

From Carpenter to ‘the Sam Walton of Brazil’

After World War II in Europe ended in May 1945, Klein moved to Germany and put to use the carpentry skills he had learned from his father. It was there that he showed his first spark of entrepreneurship. He discovered he could make more money selling vodka and cigarettes to Allied troops than he could in woodworking. He also opened a delicatessen in Berlin. Then in the early 1950s, he decided it was time to move on. He left Germany with a wife, a 2-year-old son, and about $6,000 in savings—a sum that proved crucial in his next venture.

Klein’s first choice was the United States, but immigration quotas blocked his entry. America’s loss was Brazil’s gain, as he and his small family headed then for São Paulo by way of a short stint in Bolivia. His savings bought him a house, a horse, and a wagon that included a list of the previous wagon-owner’s 200 customers. For nearly five years, while speaking only rudimentary Portuguese, Klein peddled blankets, sheets, and towels and grew a loyal customer base to about 5,000.

On New Year’s Day 1958, Klein opened his first store in Brazil. It marketed the linens he previously sold door-to-door, and later, appliances, furniture, and other housewares, too. Over the next 50 years, the Polish-born former concentration camp prisoner built Casas Bahia into a network of more than 500 stores in 15 Brazilian states with 55,000 employees and millions of happy customers each year.

Before he died in November 2014 at the age of 91, he gained a reputation as one of the most beloved business figures in the country, “the Sam Walton of Brazil.” From the rags he wore when he escaped Nazi clutches, he traveled all the way to a net worth just shy of a billion dollars.

Along the way, Klein did some remarkable things that earned the company endless awards for retail excellence. He became a lifelong friend of Brazilian soccer star Pelé, who became a company spokesman. He built Latin America’s largest network of warehouses. He focused laser-like on customer service. He created a popular installment plan that made his goods affordable to low-income people and inspired a Brazilian rock group to include this repeating chorus line in a hit song: “My happiness is a Casas Bahia payment book.” And he was a generous philanthropist, giving millions to new schools and charities.

Pedro Tavares Fernandes, president of Observatório do Empreendedor in Florianopolis, Brazil, assisted me in translating one of Klein’s obituaries from Portuguese to English. He ranks Klein as a model of entrepreneurial achievement:

“Because of a history of poverty, it has always been tough for Brazilians to buy furniture and household appliances. Samuel Klein developed a very effective system of credit so the poor could buy them. He reached a huge crowd of buyers with reasonable interest rates, and they rewarded him with low default rates and customer loyalty. It is very common here to say, when you’re about to buy something expensive, that you’re paying for it over 24 months in a Casas Bahia financing program. I never heard anything bad about Samuel Klein.”

Three-quarters of a century after he left Poland, Klein still has admirers there, too. Mikolaj Pisarski, president of the Mises Institute of Economic Education in Wroclaw, told me this:

“Had Samuel Klein lived in Poland at the time of his death he would be the fifth-richest Pole. Not unlike other post-communist countries, many among the richest here owe their wealth either to close relations with the former regime or illicit government deals shortly after the transformation. Klein stands out as an example of what a true entrepreneur should be. What he achieved he owed only to his hard work and ingenuity. He achieved it despite not having friends in high places and in the process, he made the lives of the people in a country that welcomed him as an immigrant so much better.”

According to Pisarski, the Klein story is just one of several involving Polish achievers in South America. Another fascinating one is that of Ernest Malinowski, who engineered the Ferrovias Central in the Peruvian Andes. In the late 19th century, it was the highest railway in the world.

Barriers to economic success stand in the way of almost everyone, big and small, to one degree or another. Little that is truly worthwhile is easy to come by, let alone a large fortune. Some people give up easily and quickly.

Then there are the Samuel Kleins of the world—the truly uncommon marvels who overcome the unimaginable to become the unexpected. They are heroes, builders, creators of wealth, and servants to the millions whose lives they improve.

A Final Word From Samuel Klein Himself

No essay about the remarkable Klein should conclude without a few words from the great man himself. I offer these to the reader because they epitomize his spirit of service and enterprise:

“I trust the human being. Otherwise, I would not open the doors of my stores every single day. What helps keeping me alive is the trust I have in others.”

“One plus one equals two. But the sum of an idea plus an idea is not two ideas, but thousands of them.”

“The wealth of a poor man is his name. … Whether the customer is a janitor or a mason, if they are good payers, Casas Bahia will give them lines of credit; that way, they are able to make their dreams come true.”

“My motto is trust. Trusting patrons, suppliers, employees, friends, and, mainly, trusting myself.”

A History of Casas Bahia

Lawrence W. Reed is FEE’s President Emeritus, Humphreys Family Senior Fellow, and Ron Manners Global Ambassador for Liberty, having served for nearly 11 years as FEE’s president (2008-2019). He is author of the 2020 book, “Was Jesus a Socialist?” as well as “Real Heroes: Incredible True Stories of Courage, Character, and Conviction” and “Excuse Me, Professor: Challenging the Myths of Progressivism.” Follow on LinkedIn and Twitter and Like his public figure page on Facebook. His website is LawrenceWReed.com. This article was originally published on FEE.org
This article was originally published on FEE.org.
TOP NEWS