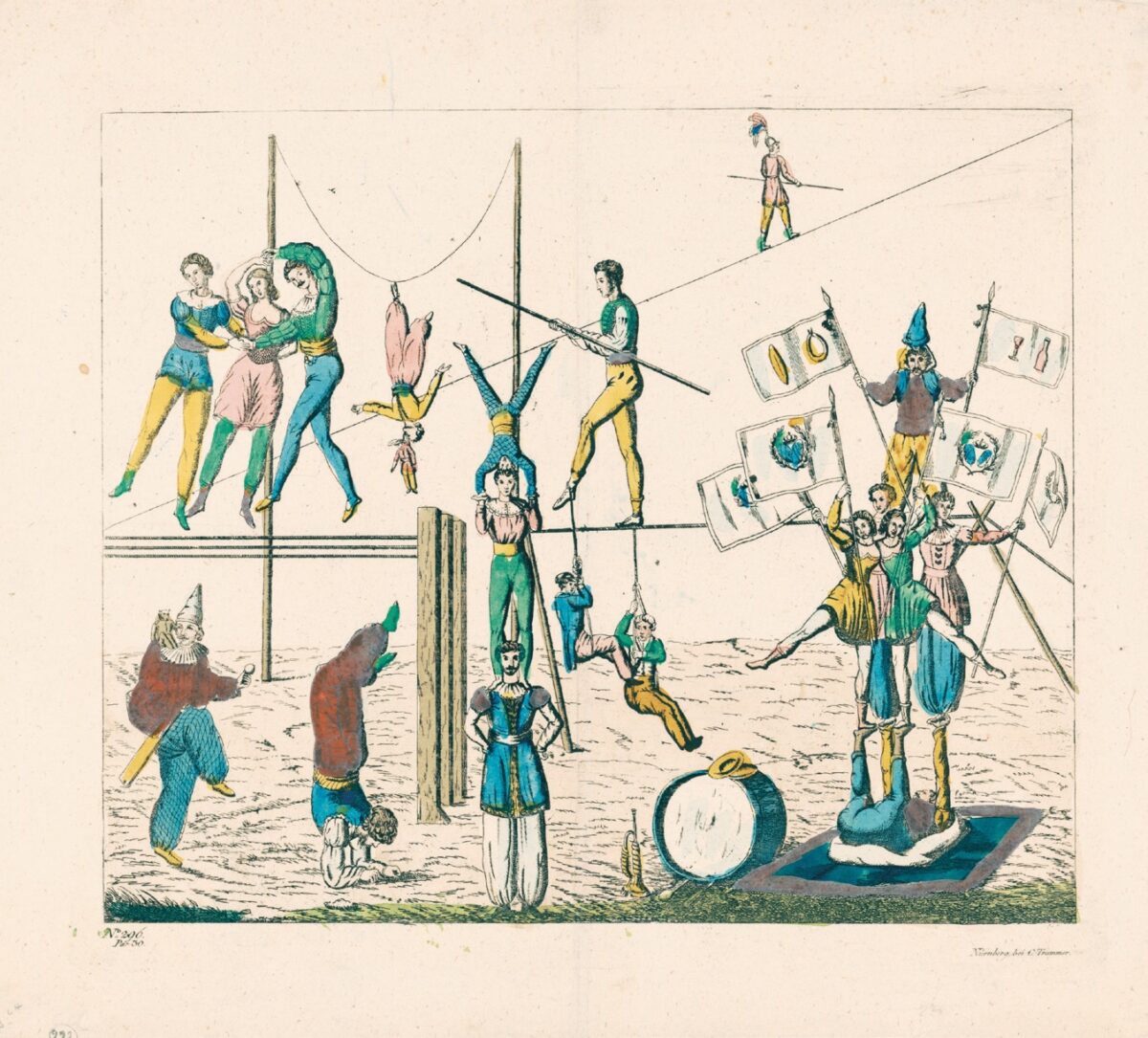 A life lesson from a great American institution
BY Bob Kirchman TIMESeptember 16, 2022 PRINT

It is recorded that in 1793, George Washington went to the circus in Philadelphia, perhaps one of the first circuses in America. It was, by all accounts, mainly an equestrian show. It did have jugglers, clowns, and even a rope walker. Around 1825, American circuses began to use tents. As they added animals and equipment, they traveled by horse-drawn wagons. On April 10, 1871, Phineas T. Barnum opened his circus under 3 acres of canvas in Brooklyn, New York. In the decades to follow, circuses would travel by special trains, which were needed to carry the vast troupe of human and animal performers.

The same Chicago World’s Fair of 1893 that brought the great White City’s classical architecture to the main streets of so many American towns also brought them the “midway,” a term borrowed from the Chicago fair’s entertainment district—the Midway Plaisance. The Midway’s fair showcased the exotic and the unusual. The great Ferris Wheel was not in the White City, but rather on the Midway Plaisance. The years following the great fair saw a proliferation of traveling shows that brought “the world” to small-town America. They ranged in size from the great tent circuses to the smaller carnival companies that would do the circuit of state and county fairs—occupying the midway.

These carnivals and circuses were immensely popular for decades, bringing color and experience to a world that was often—at least to the young people—unchanging. The tent circus, arriving at some field on the outskirts of town, would erect a magical sphere of canvas. Performers paraded down the main street of town in their colorful costumes. Elephants would be employed in raising the great tents. Kids would sneak down to watch that. Some would beg to run away with the circus. For small town America, it truly was the “greatest show on Earth.”

The End of an Era

But by the 1960s, when Mom took us to see one of the last traveling tent circuses, things had changed. The Ringling Bros. and Barnum & Bailey Circus had long given up tents and only performed in large civic arenas. A few tent shows remained. Mom took us to experience that world of canvas, sawdust, and mountainous elephants up close. Positioning us in the very first row, she prepared for us to be amazed. We were not quite as impressed, however, as Mom had intended for us to be.

The refreshment crew made its way around the stands, and you could see that a circus person lived a hard life from the weathered faces and calloused hands. The popcorn man pleaded for sales, lingering before larger families like ours, who hopefully had large appetites to match. Mom, knowing the pitch, had stuffed us with dinner before the show, having no intention of buying enough snacks for five kids. The hot dog man lamented out loud, “Every year I have to buy a new Cadillac! I don’t think I’ll be able to keep up the payments.”

While this might have sounded extravagant to us children, the truth is that this troupe lived out of Airstream trailers, and they ran the wheels off of their large cars equipped with towing packages every summer. What should have amazed us was how they drove hundreds of miles, set up the tents, spread out the sawdust, and then smiled as they made impossible routines look so effortless—all that in a way not so different from their predecessors who traveled in horse-drawn wagons. Somehow, we children missed that.

The hot dog man, the ushers, the parking lot attendants, and a host of others in unassuming roles would reappear in costume as performers later in the show. Kids who tried to run away to join the circus probably realized pretty soon that it was a life of hard work, and most circus performers wore many hats during the course of the performance—that on top of the myriad tasks involved in setting up and taking down.

As a troupe of young acrobats took to the sawdust to perform its act, Mom probably began to regret her decision to take us up front. The women did amazing things and made it look so easy, but the costumes were tired-looking. Sitting where we were, we couldn’t help but notice the tears in the fabric and the lost luster. One of us must have laughed or said something inappropriate. Clearly, Mom saw us being less than respectful of their amazing effort.

If our mother was anything, she was a great teacher. Didn’t she always tell us that after college she’d become a schoolteacher in northern Virginia, fighting what she called the “third battle of Manassas,” a reference to the two Civil War battles actually fought there? That experience might have led to her decision to go to graduate school in physics and eventually to join the engineering department of the Glenn L. Martin plant that made seaplanes during the war. Mom, over the years, had developed very keen skills of observation.

“Look at the acrobats as they are coming out of the ring,” she instructed us. “See how they stop and pick the cinders out of their hands!” (Regionally, we called small bits of gravel “cinders.”) Indeed, the smiling, lighter-than-air performers now grimaced in pain as they preened their hands. The sawdust was spread too thinly over an unpaved parking area, and the cinders had found their way into the poor girls’ palms as they did their elegant handstands. They would painfully remove them. When the signal would come for their next act, the smiles would reappear on their faces. Then, they would come out again to perform on the same wretched cinders.

Heroism! That was what Mom wanted us to see. Here was one of Mom’s greatest life lessons. It is one I carry with me to this day. Mom taught us that day that we often miss the simple fact that those who seem to perform so effortlessly around us may be smiling through pain we do not see. We need to be aware of those who may be “picking cinders” in our midst. There is heroism all around us, if we but look for it.

Bob Kirchman
Follow
Bob Kirchman is an architectural illustrator who lives in Augusta County, Va., with his wife Pam. He teaches studio art to students in the Augusta Christian Educators Homeschool Co-op.
SHARE
Friends Read FreeCopyFacebookTweet
You May Also Like