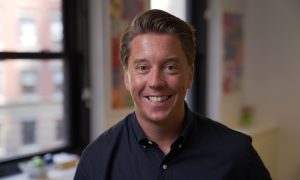 Changing the Culture of Learning Disabilities and Education
0 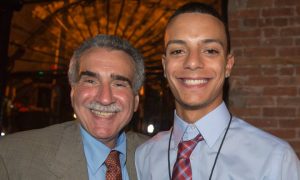 Instead of Jail Time, He Got a Second Chance Through the Arts
0 How a Bodybuilder Lifted His Way to the American Dream

When the Iran–Iraq War broke out in 1980, Sam Bakhtiar was a child. He can remember hearing sirens and the blackouts at night as bombs fell over Tehran, Iran.

“I remember looking at the sky and you see planes flying by dropping bombs, and you see anti-air missiles going up. So that’s how I lived between ages of 3 and 11,” Bakhtiar recalled.

It’s been a long road between then and now, from war-stricken Iran to southern California. The successful 46-year-old is now an entrepreneur, bodybuilder, doctor, and CEO of The Camp Transformation Center, a fitness franchise with more than 110 locations in the United States and Mexico.

“I can tell you so many stories of my life where I was just devastated, I thought it was the end for me. But when I look back now, something so much better came after it,” Bakhtiar said.

In Tehran, Bakhtiar lived with his mother and grandparents in a rented house, after his parents divorced.

His mother didn’t want her only son to be thrust into the war or to become an innocent casualty, so the two fled Iran when he was 11 years old.

He and his mother packed one bag and fled to France with just $500. After spending a year in France as refugees, the two traveled to the United States. All he knew about it was what he had gathered from television shows such as “Dallas” and “The A-Team.”

When Bakhtiar and his mother arrived in Sharon, Pennsylvania, the reality on the ground was in stark contrast to what he had seen on television. Sharon was a steel town, and when they arrived in 1985, all of the steel mills began shutting down. The town quickly experienced an economic downturn.

“Everybody was out of work,” Bakhtiar said, “My uncle did what most Middle Easterners do when they first come to America, when they want to become an entrepreneur—they open up a convenience store in the worst neighborhoods.”

Drug dealers, pimps, and prostitutes were commonplace in this rough part of town. He worked for his uncle, and ultimately enrolled in school in seventh grade. He didn’t speak English, and being from the Middle East, he felt out of place among the black and white students. And the school didn’t have a soccer team, which he had been playing ever since he could walk.

“I’m in a new country, don’t speak the language. Nobody likes me. I don’t belong in any group. Now, my favorite sport is not there. I’m devastated,” Bakhtiar recalled.

Bakhtiar tried out for the basketball team but didn’t make the cut. He cried all the way home and told his mother how unhappy he was in the United States. She encouraged him and took him to the Boys Club so he could work on his game.

One day, as Bakhtiar was going to the basketball court, he came across guys coming from a room upstairs who were built like bodybuilders. Immediately, he knew he wanted to emulate people like Sylvester Stallone and Arnold Schwarzenegger. It would take work.

“I was a scrawny, awkward kid. I had the worst genetics in the world,” he said.

Bakhtiar would wait for people to leave the weight room upstairs, and go up and work out by himself because he felt intimidated by the others. After a few months, he began to put on some muscle.

“What happened was tremendous,” he said. “What it did for me physically is nothing compared to what it did for me mentally and emotionally, because I was literally depressed. I had no friends. Nobody accepted me. And now, I started feeling better about myself. Now, I started being obsessed about body transformation.”

Whenever he received any allowance, he would spend it on exercise and nutrition literature or protein powder. Over time, he realized he wanted to become a bodybuilder and help others who had gone through a similar experience, even as his mother urged him to become a doctor, a lawyer, or an engineer.

Bakhtiar decided he wanted to become a doctor, but was reluctant at the prospect of having to perform surgeries on people.

One night while driving, Bhaktiar and his girlfriend were hit by a drunk driver, which motivated him to see a chiropractor to address his injuries. The doctor described how his specialty was muscles, bones, nutrition, and the human body, and Bakhtiar was immediately intrigued and decided to pursue a doctorate in chiropractic.

After Bakhtiar graduated from Penn State University, he was particularly disillusioned once he learned he had $150,000 in student loans. He began working as a manager at a gym, but the location was going out of business. That’s when he decided to start a personal-training business.

After working through college, he had saved $20,000 and hadn’t spent any of it. But to open his first location, he would need $35,000. His mother had started her own business, and she lent him the $15,000 to open his gym. He was going to chiropractor school while he was trying to start his own business, and was participating in bodybuilding competitions as well.

But the recession of 2008 was a wake-up call for the young entrepreneur.

He had never had anyone explain to him how the economy can fluctuate, and he was caught off-guard by the effect on his finances.

“I bought a home. I bought a nice car. I had all this kind of stuff, and now this. My revenue just started plummeting, and I didn’t know what to do. I was devastated.”

His wife was pregnant with their first child at the time, they had a negative bank balance, and he also had just two weeks to pay his employees. He sank into a deep depression.

“I just got up every morning even though, some days, it was so tough to get up, and I’m like, I have no choice. In life, whenever something like that happens I guess you have two choices, either feel sorry for yourself and just lie down, or get up and try to fight back,” Bakhtiar said.

Between 2009 and 2014, Bakhtiar and his family were in severe financial trouble; they began receiving foreclosure notices on their home. By 2014, business started to pick up, but the resulting demands on his time and energy took their toll on him as a husband and as a father. One day at work, he was suddenly served divorce papers.

Bakhtiar moved to a hotel and thought about how he had come from a single-parent home and didn’t want his family to fall apart. To cope, his first thought was to go out, drink, have a good time, and start seeing other women.

But he quickly realized that those distractions wouldn’t solve his personal issues, leading him to contemplate how to continue moving forward. His main priority was to spend time with his children—he began seeing them on Wednesdays and weekends—and he became determined to provide for them. He focused on expanding his business, and before long, his gym had 50 locations, and has continued to grow.

“When a trial comes your way, when things get hard, you got to smile now,” he said. “You got to look at it dead in the face and say, ‘You know what, there’s something better at the other end. I wonder what the lesson is for me today to learn from this?’ So, welcome hardship.

“I have become the guy who welcomes hardship. Matter of fact, I have learned to be uncomfortable when I’m comfortable.”

Bakhtiar has learned that the keys to success are hard work and grit.

“I always tell people the past doesn’t define you. The only thing that defines you is where you are right now. Where do you want to go? And are you willing to pay the price to get there?” he said. “As a human being, your duty to yourself and the world is to become the best version of yourself.”

And he has discovered that little accomplishments over time lead to big results.

“Be careful what you do, because it might become a habit, and first you make habits and then habits make you,” Bakhtiar said.

Bakhtiar came to the United States with his mother, a bag, and just $500. Now, he’s a multimillionaire, and his discipline, focus, and resilience have helped him achieve his own American dream.

“Life is going to knock you down, but don’t stay down. Don’t let a setback in your life set you back. To me a setback is the perfect stage to make a comeback,” he said.