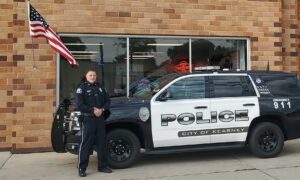 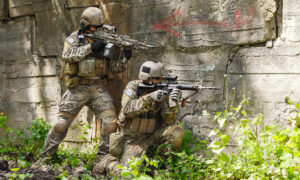 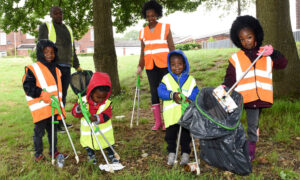 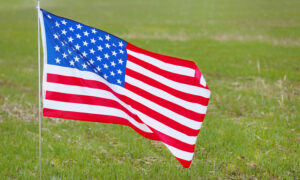 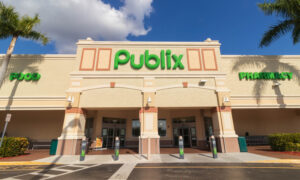 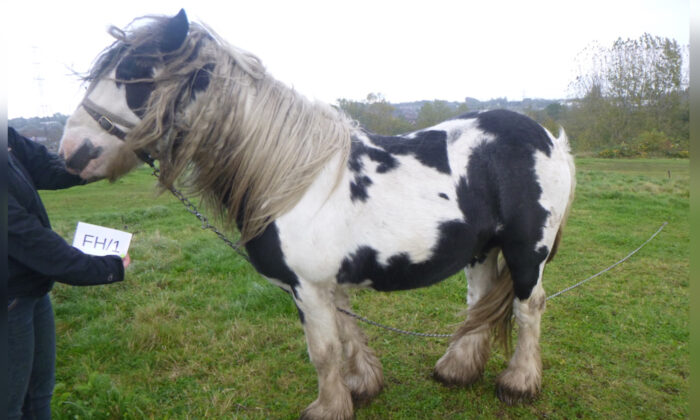 Horse With Maggot-Infested Head Wound From Headcollar Rescued From Neglect

A man has been banned from keeping any horses for 10 years after a pony in his care was found with a headcollar embedded in its head, resulting in a wound infested with maggots.

That pony has been rescued, though, and will hopefully look for a new and kinder home soon.

The pony’s abuse was discovered when someone contacted the World Horse Welfare with concerns, and a visit to the site where owner Patrick Eagle kept his horses resulted in the discovery of the 2-year-old horse.

Field officer Charlotte Melvin, who made the inspection of the horses kept by Eagle, noticed a rotting smell when she approached the pony. Upon closer inspection, she discovered that neglect by Eagle had resulted in the pony’s headcollar becoming embedded so deeply that upon its removal, blood poured from the wound—and maggots had infested the injured area.

The pony, who has now been named Moses, was immediately taken into custody following Melvin’s report of the situation.

“Charlotte contacted the RSPCA, police, vets and a transporter. The pony was removed under the Animal Welfare Act and transported to the vets for urgent treatment,” explained a spokesperson for World Horse Welfare.

It took four days for the vets to treat Moses for his wounds, but luckily, Melvin explained later, his recovery seemed positive given the circumstances.

“Given how horrific the wound from his headcollar was, I’m really happy with the recovery Moses has made,” she said. “Moses’ suffering could so easily have been prevented and it’s awful to think that he could have been left like that if someone hadn’t cared enough to report the situation.”

According to RSPCA inspector Fiona Howells, the situation shed light on why a headcollar should be fit properly to prevent this kind of injury.

“The injury sustained by Moses highlights just how serious poorly fitted head collars can become,” she shared. “These injuries are fully preventable and there is no excuse for allowing such an injury to occur. Head collars should only be left on where absolutely necessary and should be checked daily to prevent rubbing.”

Eagle appeared before a court, where he pleaded guilty to causing unnecessary suffering of an animal.

According to the report by Horse and Hound, Eagle was found to be suffering from mental health issues that had prevented him from properly caring for his horses. He’ll still face a 10-year ban on owning horses, though, and was given a litany of other punishments by the court as well; in addition to a 12-week suspended sentence, he was ordered to contribute to the 400 pound (approx. US$484) prosecution costs and work 60 hours of unpaid community labor as well.

As for Moses, he’ll be relocated to a new forever home when one is found by the Penny Farm team. After he was cared for by the vet, he was moved to the Penny Farm Rescue and Rehoming Centre, which is run by the World Horse Welfare charity.

“If anyone ever has concerns for a horse’s welfare they should call our Welfare Line on 0300 333 6000 with first-hand current information,” explained Melvin. “Thanks to the person who reported him, Moses is now happy and healthy and will be able to find a loving new home through our rehoming scheme.”