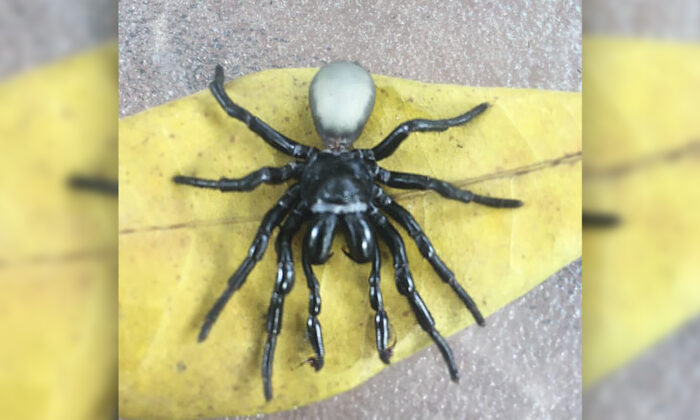 It isn’t unheard of to find snakes, frogs, and other critters in a backyard pool—if you have one. Yet, most people don’t expect to find a cluster of poisonous spiders, alive, completely submerged in the deep end.

But that’s exactly what one Darwin woman discovered last month.

Lauren Merritt was horrified when she stumbled upon nearly 20 venomous mouse spiders lying at the bottom of her pool. Some of them were dead, but others were alive, even after lying there for quite some time.

Experts warn Australian residents to be wary of pool visitors, issuing reminders that even if they’re fully submerged in chlorinated water, some critters may still be alive.

In fact, mouse spiders can live underwater for up to 24 hours. This creepy crawler has the unique ability to form an air bubble with the hairs on its back, a trick that allows it to breathe underwater.

Hoping for a positive identification on the spiders she’d removed from her pool, Merritt posted a few pictures on social media.

Commenters pointed out the dangers of moving a mouse spider from the water, commenting on its strange ability to “reanimate” after appearing dead for some time.

“Spooky when you have piles of leaves on bottom of pool,” one person advised.

“Be careful with the ones you think are dead,” another comment read. “They have a habit of coming back to life!”

Another Darwin resident, Jens Ehrheart, shared a similar experience, along with a frightening photo of his own.

Julian Bracewell from Pest2Kill, a pest control company located in the eastern suburbs of Sydney, told DailyMail that residents of Australia are most likely to spot mouse spiders between September and May.

During this time, it’s quite common for mouse spiders to fall into swimming pools due to rising temperature levels.

Bracewell warns residents to exercise caution. He also pointed out that it’s important to hose down children’s toys and wear proper gloves when gardening to protect from spider bites.

“A bite is pretty painful and will cause illness to young children. It’s similar to a Redback, their fangs are pretty long and anyone bitten should be taken to hospital.”

Each year, Australia experiences roughly 1,000 hospital visits due to spider bites, though there has been only one known death from spider bites in the last 37 years.

Bracewell also advises against residents trying to remove mouse spiders on their own.

“If you see burrows in your garden, call an expert,” he said. “I wouldn’t handle that yourself.”