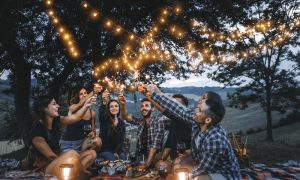 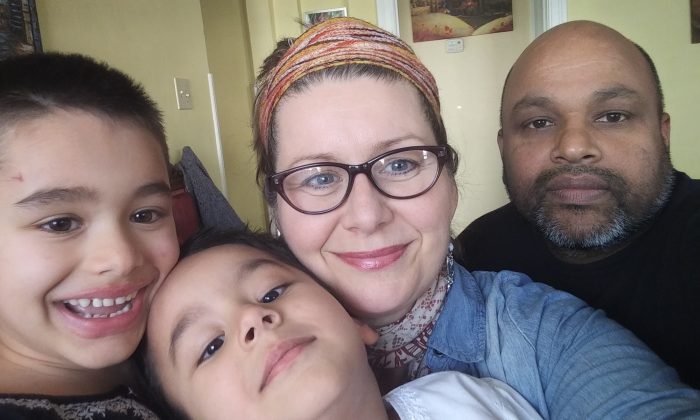 Kate Singh has built a following on teaching people how to live sustainably and joyfully on a shoestring budget—but now, Singh thinks she is ready to stop focusing on frugality.

Singh, a mother of two, has lived frugally both by choice and when there was no other option, and has written dozens of books, runs a blog, and a YouTube channel full of practical advice on the topic, inspiration, and meditations on her lifestyle.

“I’m thinking of taking a step back,” Singh said during a phone call from her California fixer-upper home. “The frugal lifestyle is wonderful … but I think I’ve shared everything I can with people.”

Singh and her husband married about eight years ago, and at the time, had two incomes. Both traditional in values, she said it was easy for them to make the decision that she would transition to being a housewife when they had their first child, and they would live off one income.

They had their financial plan in place, and Singh proved a single, small income could still comfortably take care of a family of four.

But then, Singh’s husband lost his job and the family had to move. They were now living off his one minimum-wage income, and Singh learned to stretch a dollar further than she ever had before.

They didn’t suffer for it.

“We had a nice home, and we ate well, and we had two dogs—we’re always rescuing animals,” Singh said. “We wouldn’t get into our savings, because we had this dream of buying a home.”

Singh started doing her research and compiling all the creative ways that other writers had lived frugally. She tried making her own laundry detergent, picking produce from a farm, line drying clothes, cooking from scratch, and so on.

“A lot of people think of ‘frugal’ as deprivation, as in you never go out and you never do anything,” Singh said. Especially if they are in a position where they are forced to become frugal immediately, because of circumstances beyond their control.

“But there are hidden jewels,” she said. When you’re being frugal, you’re living simply, and it forces you to focus on what really matters in your life. For Singh, that was her family and home.

“You start to see that there is a lot of pleasure in slowing down,” Singh said.

Singh didn’t grow up in a frugal household.

“I grew up with a single mother who was always struggling. We were always struggling, but it was because she was not good with her money,” Singh said. “It was feast or famine: She would get tons of money and blow it on maybe renovating a part of the house, and then she would stress until the next chunk of money would come.”

Singh saw the stress of managing money poorly, but that didn’t turn her to frugal means immediately.

“When I was young, I got into debt quickly and then had to pay it all off. I had to work three jobs to pay off a large chunk of that—so I learned my lessons,” Singh said. Her childhood was marked by trauma that conferred what she now thinks is a destructive worldview, and in the past two decades she has worked hard to heal. “Now, we’re never worried about anything and we have money for the things we need to do.”

Frugality was considered a virtue in the distant past, and for a while, we thought it was an outdated virtue in our modern culture.

But the rise of movements such as minimalism, mindfulness, and living essentially shows that perhaps we haven’t lost the need for this philosophy.

“The ’50s was when we started getting credit cards,” Singh said. “By the 60s, there was a lot of instant credit—you could buy your house on credit. Before, you had to save for everything, and there weren’t big supermarkets. It’s really only about 70, 80 years we have had the markets, and the credit card.”

And we’re not truly happier for it, Singh said. In fact, our abundance has turned into an addiction.

Singh admits she’s struggled with social media, too, and there was a yo-yoing of regret before she finally decided to delete Facebook. She checks email now, and puts videos on YouTube, but otherwise is free from the bombardment of constant notifications most people are used to.

She says a lot of people grimace at the idea of frugality and think, “Oh, it’ll be just like living like our grandparents,” and implores them to think of it this way: There were good things and bad in the past, just as in the present.

“So if you can take just a little of the old, and take a little bit of the modern and mix it, you really could have a fantastic life,” Singh said.

Frugality is also not only for those with little income; it teaches you to spend on what you care about, or invest in places and businesses that support your values.

Singh has built a community around her detailing the frugal lifestyle. On the YouTube channel especially, people write in about all sorts of things, and love to see all the different ways Singh is able to DIY a renovation, improve a recipe, or otherwise creatively find a saving solution.

Frugality is not about extreme couponing, or seeing how much you can nab at the dollar store with $10, she says. In doing so, you’ve only turned frugality into another addiction.

For some, being frugal is both a lifestyle and a hobby in and of itself. Many people even today, including Singh, still turn to Amy Dacyczyn’s “Tightwad Gazette” for tips. Dacyczyn, who pioneered thriftiness in the ’90s with her gamifying approach, is a wonderful resource for those trying to curb spending and do more with less. But that obsession with saving fasteners and bread ties and scouring yard sales isn’t what Singh wants her life to be about.

Singh started writing about and documenting her lifestyle because she knew “there was was a group of homemakers and people living a similar lifestyle, and I wanted to share my ideas and how we did it.”

Some of it, Singh says, is frankly kind of boring. But parts of it are fun, such as making your own jam or picking apples, and she recommends people start with the fun stuff to wean yourself off the need for instant gratification. As you get into it, you realize a lot of the sacrifices “are not sacrifices, and they actually vastly improve the quality of your life.”

“I cook from scratch and bake all my own bread and make all my own tortillas. Right now we’ve got two kitchen gardens,” she said. “I’ve got nut trees and fruit trees … it provides us with food and kind of a cozy atmosphere.”

“We go to the river … we go to the forest and hike, and they have lots of friends and a good life,” she said with a laugh. “We don’t go out to eat that often, but who cares?” The boys would much rather be catching lizards and frogs, or cooking with Singh, than sitting in a restaurant.

She’s starting to teach them about money as well.

“Now that they’re older, and they can understand, I want them to understand it takes a certain amount of work to create or earn something,” she said.

They get a small allowance for chores, and get to spend it however they choose. “They can decide whether they want to save it for a big desired item, or to spend it on candy at the store. They learn very quickly when they have that money in hand: ‘Oh, I worked two weeks to make $1 but then I bought this candy bar, now it’s all gone, the candy bar’s gone.’ They start to learn.”

Her family has always been her priority, and she thinks this might mean spending less time and energy on her online presence going forward. She feels she’s shared all the tips and tricks she has to share, and wants to spend more time with the boys. Recently, they sat down for a heart-to-heart, because Singh felt like her channel had grown so much it was competing for attention against her children and that was the last thing she wanted.

“This is not a reality show,” Singh said lightly. She tried to change the channel, but there was some backlash in response. She might take a break.

Singh thinks it’s about balance: The channel was created to be her creative outlet, but also to be of service. She hopes her focusing on her family and exploring spiritual growth, occasionally in new videos, too, can inspire others as well.

Singh has been thinking about moving again, and selling or renting the house in exchange for a property with more land so she can grow more plants, and maybe even have some chickens.

“I want to be more creative,” she said.