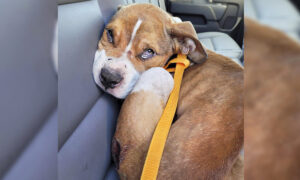 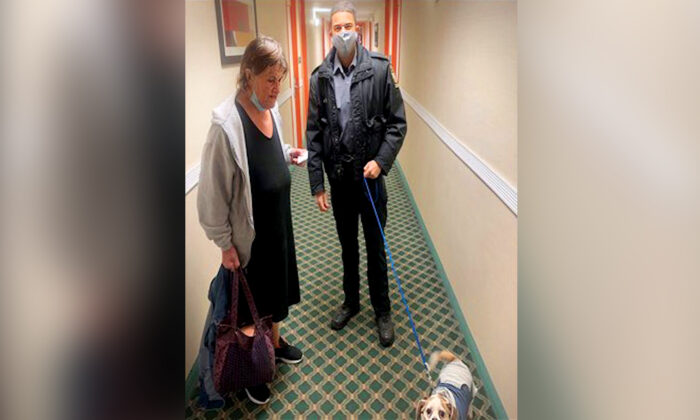 It’s a frigid time of year to be homeless across the United States, and people in need seek relief at homeless shelters.

When a 75-year-old Pennsylvania homeless woman and her dog couldn’t find a place to stay just before Christmas, it seemed like they would be left out in the cold.

That was until a kind state police trooper decided to help her out by paying for a room at a Chambersburg hotel.

Officers told Fox News that the woman had struggled to gain access to any shelters because they would not allow pets.

When Corporal Addison Lovett heard about the woman’s dilemma, he stepped in and paid for a room at a local hotel so the woman and her dog would not have to sleep in the cold.

“A warm story for a cold day!” the state police captioned in a tweet on Dec. 18, sharing a photo of the woman and Lovett at the hotel, along with her dog.

“A 75-year-old woman and her 16-year-old dog, ‘Patches’ were home homeless and outside in the cold. All shelters refused to offer assistance due to not allowing pets.  Cpl. Addison Lovett paid for a hotel room to get them out of the cold,” the state police wrote.

The heartwarming story generated attention from users on Twitter, who left comments such as “Hero!” and “Thank you for doing the right thing.”

“Wish that there were more people like him,” one person commented. “Especially around the holidays when the weather is cold.”

According to the organization End Homelessness, there are at minimum 13,199 homeless living in Pennsylvania this year. Lockdowns due to the pandemic are contributing to homelessness and creating an economic and health crisis for many. The organization says that due to these factors, the number of actual homeless may be far greater than estimates report.