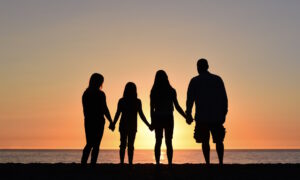 7 Books That Will Improve Your Life
0 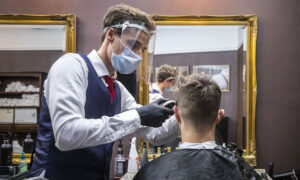 The Internet Is No Substitute for Real Life
0 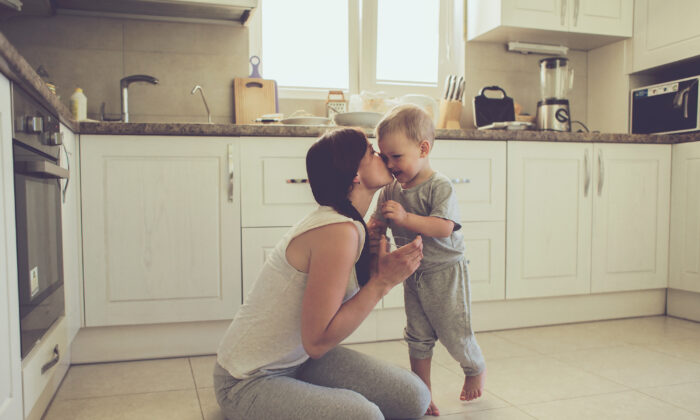 Research strongly suggests that having a single caretaker at home during children's first two or three years of life is beneficial to their development. (Alena Ozerova/Shutterstock)
Family & Home

In our clamor for women’s equality, we forgot to validate parenthood and the home
By Shannon Roberts
Print

So much of what is magical and joyful about life takes place in the home. Snuggly duvets. Fresh flowers. Creativity. Play. Newborn baby cuddles. Games. The smell of dinner cooking. Fresh coffee. Many of the television shows we love feature home cooking (“The Great British Bake-Off”), de-cluttering (Marie Kondo), gardening (“Love Your Garden”), and home re-design (“Grand Designs”). We like home and home-making.

But to achieve the sorts of things that make home attractive, you need presence, you need cleaning, you need time, you need a cook, you need people to cuddle up with you under snuggly duvets in the morning—even if they are small children who wake you up far too early. In the end it is the tiny, seemingly insignificant moments like these which many of us come to think of as the best things in life.

Yet, in our clamor for women’s equality, we forgot to make sure we also validated parenthood and the home as just as professional, real, useful, and attractive an endeavor as any in the workplace. We celebrate female CEOs, female leadership, and female career firsts; we want to make sure women have the choice to do the jobs they want to do and companies can benefit from their influence. Great.

But it is just as important to celebrate the home and celebrate true choice, when home is in fact what many find a fulfilling, productive, or necessary place to be. For many there is a middle ground to be found, somewhere between frantic CEO churning out more widgets or higher stock prices and full-time homemaker.

But if the worth of the home and bringing up children is practically ignored, many will find no sense of self-esteem within the home or in parenthood. Career will be the overriding goal of young people, and parenthood is indeed being increasingly delayed as a result. Thus, many women end up not having as many children as they later realize they would like, or have none at all due to age-related fertility problems. They realize the joy of home and children all too late; it is increasingly something that was never mentioned as a valid option to them.

The emphasis put on career over home and children is one cause of dire fertility rates around the world. The global fertility rate is about 2.4 births per woman, but it has dropped to well below the replacement rate of 2.1 in many countries. A recent Deutsche Bank report by Sanjeev Sanyal suggests the peak in human numbers on Earth will be reached at just 8.7 billion in 2055, and decline to 8 billion by 2100, a far faster decline in population than recent United Nations estimates suggest.

Moreover, at the same time that we appear to celebrate the triumph of work over the home, we worry about a range of societal problems that might be solved by greater community. If we are far-sighted, there are numerous ways in which home-makers contribute hugely to society.

Findings from a recent review of multiple studies indicated that a lack of social connection poses a similar risk of early death to physical indicators such as obesity. One study carried out by the Centre for Economics and Business Research found that disconnected communities could be costing the UK economy 32 billion pounds ($39.8 billion) every year. It also found that neighborliness already delivers substantial economic benefits to UK society, representing an annual saving of 23.8 billion pounds ($29.6 billion) in total.

Moreover, research strongly supports having a single caregiver at home for the first 2 to 3 years of a child’s life. The past 10 years have brought staggering changes in how brain development is understood, and Nathan Wallis has become a respected parenting speaker in New Zealand, attracting huge crowds. His research shows: “The number-one driver of mental illness is isolation … therefore it’s especially important for children to form healthy attachments in the first three years of life. Humans are interdependent by nature, and being socially connected gives our brain the peptides and positive hormones that it needs to stay well.”

But to achieve community you need people who have time. Homemakers used to have time.

Shannon Roberts is co-editor of MercatorNet’s blog on population issues, “Demography is Destiny.” While she has a background as a barrister, writing has been a life-long passion and she has contributed to a range of publications. She has regularly written on demographic issues for almost a decade, and her writing informs both academic teaching and international debate. Shannon balances her writing with her other passion—her family. She has three beautiful children and lives in Auckland, New Zealand.