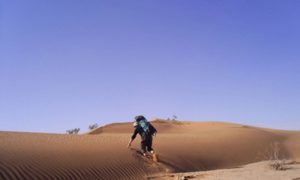 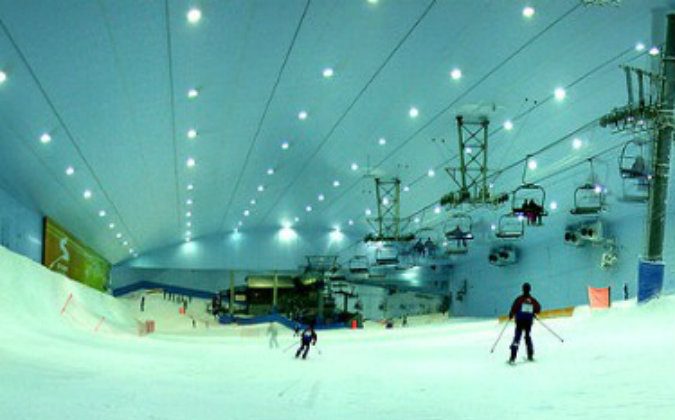 Hit the Slopes in the Middle of a Desert

Looking for a place where you can both shop, snorkel, trek in the desert, and snow ski in the same city? Dubai allow adventure travelers to experience a wealth of activities that run a broad gamut of seasonal sports despite its hot climate. Not many places in the world exist where one can snow ski and then walk outside to the beach and snorkel.

Dubai is a city in the United Arab Emirates on the Persian Gulf on the Arabian Peninsula. The city lies within the Arabian Desert: an unlikely spot for a ski resort.

The most unexpected place to find a ski resort is in the middle of the desert in the Middle Eastern country of Dubai. Flush with an economy built on the back of oil revenues, Dubai is world renowned for some of the most outrageous man made modern building feats.

Dubai is home of the tallest building in the world, the Burj Khalifa; the world’s largest mall, the Dubai Mall; and an indoor ski resort in another giant mall in Dubai called the Mall of the Emirates. It is clear that Dubai is Las Vegas on steroids.

Ski Dubai is an indoor ski resort with 22,500 square meters of ski area. The resort opened in 2005 and features the world’s only indoor black run along with five slopes of varying steepness and a snow boarder quarter pipe area. They even have an indoor ski lift. For snow fans who do not ski there is also an adjacent snow park with sled and toboggan runs, an ice body slide, a snowboard shooting gallery, and an ice cave.