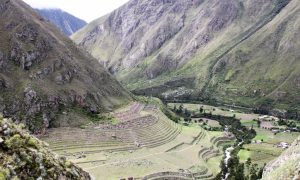 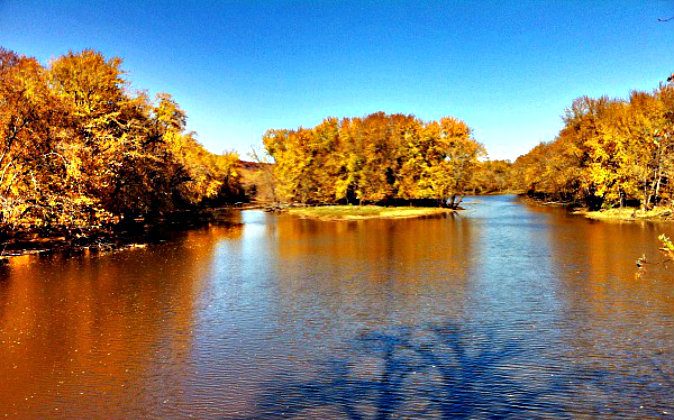 The view of Sturgeon Slough from the platform at the end of the trail (Ted nelson, Traveling ted)
Destinations

Searching for a hike in Prairie Du Chien, Wisconsin

While on a road trip in the Driftless Region in Wisconsin, I was itching to go for a walk on such a beautiful fall day. I entered the town of Prairie Du Chien, which is located at the confluence of the Wisconsin River and the Mississippi Rivers.

Traffic was kind of congested coming through town, which made me ache even more for a hiking trail. I would have even settled for a park to stroll around in. I found a boat landing and got out there, but it only afforded views of the Mississippi backwaters and there was no space to walk.

I then continued into town and stopped at the Chamber of Commerce, which is actually located in between the highway that goes over the Mississippi River, which is the border between Iowa and Wisconsin. Being in between two highways, there was no place to walk here either.

I decided to drive over the bridge into Iowa. As I did, I noticed a park just north of the bridge, but I could not get there as I was now committed to crossing the bridge. The river is so wide here that there are two significant channels with a large island in between. Once I passed over the east channel, there was a parking space where it was possible to turn around. I considered going back to the waterfront park.

Hiking Sturgeon Slough in the middle of the Mississippi

Even better though, the sign into the parking lot noted that there was a hiking trail. The Sturgeon Slough hiking trail was part of the Upper Mississippi River National Wildlife Refuge and runs a modest half mile through the sloughs to a platform and then back to the parking lot.

I parked the car and began hiking down the trail. The predominant tree found along this slough is I believe the cottonwood. The cottonwood leaf turns yellow. This means this section of the forest is not as spectacular as places where maples and elms grow that have orange and red leaves during the fall foliage season.

Despite the beautiful day, the congestion on the roads, and the fact that it was a Saturday, there was absolutely not one person along the hiking trail. I guess the one mile round trip was a deterrent for car bound leaf peepers. I was pleased not only to finally stretch my legs and escape the car, but also find solitude.

The trail skirted along the backwaters, and wood ducks bleated as they flew away in the dozens from their so they though protected hiding places. The slough is also good for spotting bald eagles and green and blue herons. The trail ends at a platform that provides a nice view of the sloughs and a scenic view of the bluffs across the river. The bluffs do have a wider variety of trees and therefore prettier display of different colored leaves.

Sturgeon slough is a yellow wonderland

I then returned back to my car, but I moved slowly as the forest was spectacular. It was a couple weeks past peak fall color viewing, so half of the leaves carpeted the ground and half the leaves were still on the trees. Since the only colored leaf in this part of the forest was yellow, this meant that it was a golden wonderland. Even the small trees lining the trail were of the same hue. I passed a bench and a batch of yellow leaves even covered the top of the only man made structure nearby.

I realized that this was probably the best time of the year to walk this trail. In spring and summer one is swatting away the ever present mosquito. Even a couple weeks prior the leaves did not coat the ground, so it was not quite as magical.

I marveled at the fact that I was the only one enjoying this moment while others were driving relentlessly down roads in search of the perfect fall view. I found it here in the middle of the Mississippi River. Hiking Sturgeon Slough was on this day good as gold.

Sturgeon Slough is located in between the Mississippi River chanels just west of Prairie Du Chien on U.S. highway 18.