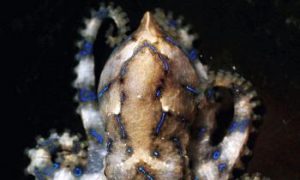 The Poisonous Animals of Wild Australia
0 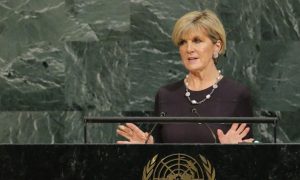 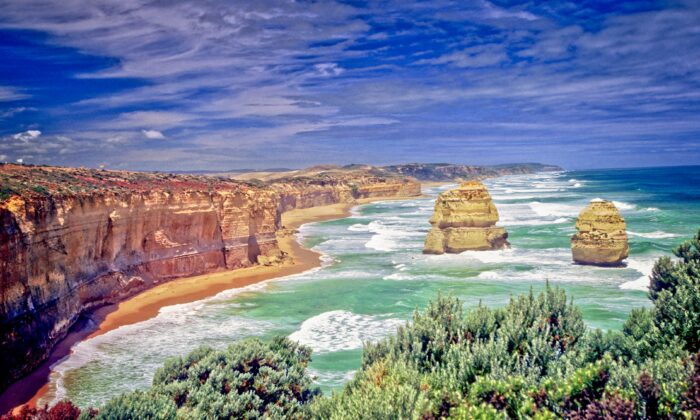 This collection of limestone stacks in proximity to one another by the Great Ocean Road in Victoria is a popular tourist attraction known as The Twelve Apostles. There were never more than nine of these apostles and that ninth one collapsed in 2005. (Fred J. Eckert)
Destinations

Highlights of Australia: The Wonder Down Under

Just about everyone seems to agree that the most scenic view in Sydney is from, or near, a spot known as Mrs. Macquarie’s Chair.

Gazing across a wide cove in the magnificent harbor of Australia’s largest city, you see a striking panorama. Straight ahead, the white sculpted sails of Sydney’s famous Opera House protrude out into the harbor on Bennelong Point, blue water to three sides. Just behind it, a bit to the right, elevated high up, is the world’s largest steel-arch bridge, which locals call “the coat hanger.” To the left is the stunning skyline of what many say is the world’s most attractive and appealing city.

We were walking to that viewing spot, taking a shortcut through the beautiful Royal Botanic Gardens smack in the center of downtown, when a sign next to the path caught my attention.

“Please walk on the grass,” it read. In smaller type it continued, “We also invite you to smell the roses, hug the trees, talk to the birds, sit on the benches and picnic on the lawns.”

How I love Australia—and the Aussies. It’s always a delight to return.

I was in Sydney at the end of a tour of some of the highlights of Australia. First stop had been Cairns, population 98,000, far up north in the state of Queensland, situated on—take your pick—Trinity Bay, the Coral Sea, or the Paciﬁc Ocean.

This is tropical Australia. Visitors come to Cairns for the rest and relaxation at the Great Barrier Reef and in the rainforests. We spent a day not far offshore viewing the reef, part of the time on a glass-bottom boat. The next day, we traveled a scenic railway farther north, where we went into the rainforest and rode the Skyrail Rainforest Cableway just yards above the canopy. A land-and-water Army DuckTour took us through the forest by amphibious vehicle and onto a lake. We visited a butterﬂy sanctuary, saw kangaroos and koalas and other wildlife indigenous to Australia, and took in an Aboriginal culture show, where we had a chance to test our skill at throwing a boomerang.

That introduction to Aboriginal culture was especially fitting because our next stop was a place that is both sacred to Aborigines and an icon of Australia: Uluru, once known as Ayers Rock. It’s almost dead center in the country in a Northern Territory area the Aussies call the Red Center.

Fly halfway across Australia—it’s about the size of the continental United States— to see a huge rock? A rock that is isolated in the Outback, surrounded by great distances of desert and scraggly small brush? Where the nearest town, Alice Springs, is 280 miles away? Well, Gibraltar is a rock, and Easter Island is the most remote inhabited place on Earth, but we enjoyed visits to both of them.

Besides, Uluru purportedly is the largest monolith in the world: 21.5 miles long by 11.2 miles wide, shaped much like an oval. Its top is 1,100 feet above the surrounding desert plains. Some visitors climb the very rough, steep, and narrow trail to its top; most of them live, but quite a few of them don’t. It is disrespectful to the beliefs of the rock’s Aborigine owners to do this, but they tolerate it under their lease terms with the government.

Stories abound about tourists who have made the mistake of moving quickly to catch their hats—it’s very windy up there—and plunged to their death. In another tale, a man thought his tour bus was leaving and tried to catch it, missed his footing, and lost his life; it turned out the bus wasn’t his.

What makes a trip all the way to Uluru so worthwhile is the experience of watching from nearby as the sun sets against it. The color changes slowly, and then, suddenly and dramatically, it intensifies. It radiates, and for a few minutes, you would almost think the great rock was emitting ﬁre from within, as the rays of the sun seem to spray it with a blazing orange-red glow.

We walked trails around part of Uluru, listened to Aboriginal legends about it, and saw Aboriginal paintings and carvings in some of its caves. We also rode around it (it’s about a three- to four-hour walk) and revisited it at sunrise. The morning experience comes close to seeing Uluru at sunset—only the color and hues are different, more orange than red, sort of a reverse of the sunset color.

To some, another massive nearby geophysical formation is nearly as impressive as Uluru: Kata Tjuta, formerly the Olgas, means “many heads” in the Aboriginal language, and that’s what it looks like: lots of huge head-shaped rocks scattered among gaps and gorges.

Like Uluru and the soil of the surrounding area, they are very red. Unlike Uluru, a massive single rock, at Kata Tjuta you can walk among many different rocks that are huge, but not quite that huge. Red is a dominant color in the Outback, so we saw little but red soil and small brush on the long ride to Alice Springs. One of the stations, or ranches, we rode past was 1.25 million acres, and that’s not the largest in Australia. “Alice,” as the Aussies call it, may have been immortalized in books and films as the quintessential Outback town, but mostly it’s just a remote outpost where a telegraph station once stood and Outbackers go to catch a train or plane.

Next stop was the South Australia city of Adelaide. We flew there from Alice. We had planned to go aboard the Ghan, considered one of the world’s great train journeys but a freight car had gone off the track far away from Alice so we had to scrap our planned Ghan trip and spend an extra day in Adelaide.

Adelaide exceeded expectations. It also reinforced my feeling that Australia’s large cities are consistently appealing—clean, modern and pleasant. I’ve never met a large Australian city that we didn’t like. Adelaide is not a place many American tourists see. This is one of the nicest, best-planned cities anywhere. Its site by the Mount Lofty Ranges was selected and laid out by William Light, a 19th-century visionary surveyor. This is a fertile area known for its wines, close to the Murray River valley and less than 10 miles inland from Australia’s southern coast, which gives it a Mediterranean-like climate.

Adelaide is easy for getting around. You can walk from the center of town to beautiful parks in no time. Its metropolitan-area population slightly exceeds 1 million, but in no way does its prosperous-looking downtown feel crowded. That’s because its center-city population is small, accounting for less than 2 percent of the population of the metropolitan area, and its square-mile business district and surrounding suburbs are buffered by a ring of parkland. To make living in and visiting Adelaide even more appealing, the Festive City is an ever-improving arts hub.

When it comes to the arts and festivities in this part of the world, Melbourne and Sydney are at the top. Melbourne, with more than 3.1 million residents, is Australia’s second-largest city; Sydney, population 3.5 million, is the largest.

Reminiscent of the Aussie-Kiwi rivalry, the one between Sydney and Melbourne is full of good-natured ribbing. Residents of one swear they could not be from or live in the other. Truth is, they are both great places to live—or to visit.

Melbourne has a bit of an Old World look and charm for several reasons. Credit its architecture, the many European immigrants who arrived there after World War II, and its streetcars, which are almost symbols of the city. Like all other large Australian cities, it contains lots of parkland and, like most others, it has a river running through it. Our tour took in all its major sights.

It is easy to understand why Americans love Sydney, a great place to begin or end a fine tour. In reader polls in recent years, Sydney usually has topped all other cities as the favorite among American travelers. Board a local ferry or a tour boat and feast your eyes on its magnificent harbor. Then ask yourself if you can think of another that compares.

Take a good look at the Sydney Opera House against the backdrop of the city skyline from a boat passing by or maybe from across Farm Bay at a point near Mrs. Macquarie’s Chair—and then try to think of a more attractive city.

Go for a stroll through the Rocks, the historic area where Sydney began, now an attractive mix of historic buildings, cafes, galleries, and boutiques.

If you would like to see more Australian wildlife, go to Circular Quay and hop aboard a ferry to the city’s beautifully designed Taronga Zoo. You will enjoy fantastic harbor views from Taronga as well as during the trip.

Walk through the Royal Botanic Gardens and take a good look at the skyline of this great city. Don’t forget to walk on the grass.

Best time to go: Remember, Down Under seasons are the reverse of northern hemisphere countries. But for visiting the places mentioned in this article, pretty much any time of year is a good time to go.

Information: Most leading tour operators cover Australia. My tour described in this feature was done through Goway.  They’re outstanding.

Travel tip for peace and quiet: We wouldn’t think of flying, especially on a long trip, without our Bose noise-canceling headphones. They really do block out a great amount of annoying and distracting noises and you can also use them to experience better sound for the in-flight movie or CDs, DVDs, or MP3s.

Travel tip for peace of mind: If you ever had to be medically evacuated while traveling, it could cost you tens of thousands of dollars. Many plans that claim they cover this fall far short. My wife and I cover ourselves against this with membership in MedjetAssist.

Guidebooks: Fodor’s guides are always outstanding and their guides to Australia are as good as guides get—very comprehensive and very dependable. Always take along a DK Eyewitness Travel Guide for any destination. Their highlights at a glance and maps alone make them worth buying—and their great photography make them nice mementos of your trip.

Entry documents: U.S. citizens need a visa for Australia.  Your tour operator should be able to handle this for you.