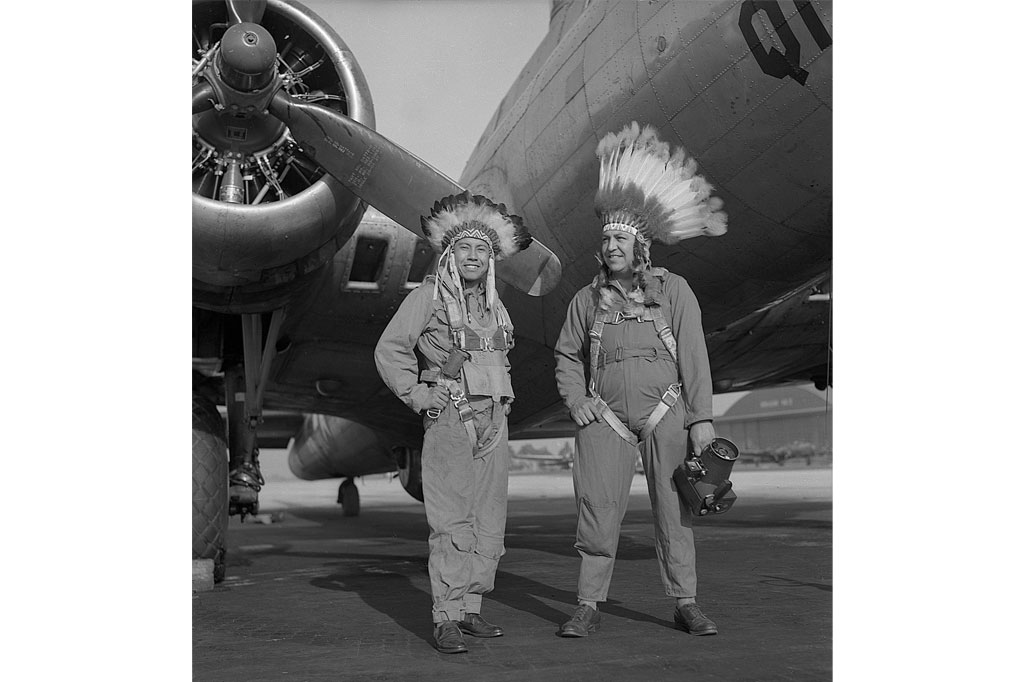 Heritage Month at the National Museum of the American Indian

NEW YORK—One became the Van Cleef & Arpels of Navajo jewelry making, and the other lived the Native American experience in epic proportions. The achievements of two extraordinary families, the Yazzies (Navajo) and the Poolaws (Kiowa), are the focus of two recently opened exhibits at The National Museum of the American Indian in New York.

While the museum’s permanent exhibit, An Infinity of Nations, feels thoroughly Smithsonian with its showcase of tribal artifacts from throughout North and Meso-America, the new exhibits zero in on, make personal, and bring up to date modern and contemporary Native American life.

Wearable Heritage: The Jewelry of the Yazzie Family

Because it is worn on the body, jewelry becomes an embodiment of the spirit of a person and a people. Navajo silversmithing, which today is world-renowned, began in the 16th century with the Spanish introduction of silver jewelry to the Southwest. Before then, personal adornments were made chiefly of shell, wood, bone, and stone.

The Glittering World showcases the extensive work by siblings Lee, Raymond, and Mary Marie Yazzie. Though the show focuses on these three, several other family members also continue the jewelry-making legacy begun by their parents, Chee and Elsie Yazzie.

The exhibition begins by examining the cultural context in which the siblings work: the land, the people, and the deities. Hozho is the idea of harmony, beauty, and balance that guides Navajo beliefs about health, nature, and art. The colors white, blue, yellow, and black each represent a time of day and a cardinal direction.

Their materials are consistent with traditional Navajo jewelry: silver, turquoise, and coral, with an occasional sprinkling of other semi-precious stones like opal, lapis lazuli, and jade. Turquoise, the sky stone, has special prominence among the Navajo.

To be considered gem quality and Yazzie-approved, turquoise must be hard enough to cut and polish. Such stones are rarer than diamond. About three dozen mines exist in the American Southwest, and many of them are almost depleted.

Historical examples of Navajo jewelry from the museum archives create a visual counterpoint to the highly refined and technically masterful Yazzie pieces, helping viewers contextualize the new directions in which the Yazzies have taken the art while allowing it to retain an immutable Navajo quality.

Among the classic motifs are squash blossoms with horseshoe, a pattern inherited from the Spanish, who inherited it from the Moors. Bugle-shaped blooms run along the length of the necklace while the horseshoe (called naja) makes a visually arresting pendant.

Care for nature reflects itself in content and in process. Reticulated designs mimicking rolling hills, inlayed stones arranged like petals, ears of corn “bent” around a wrist to form a bracelet. Whether making belt buckles, necklaces, rings, bangles, or bolo ties, each sibling takes pains to balance what the stone wants to become and the artist’s desired design.

Horace Poolaw (1906–84) bought his first camera at age 15 and studied photography from two local commercial photographers and learned to hand-color photos at the Pictorial Arts Studio of Chicago.

From the ’20s to the ’60s, Poolaw documented life in southwest Oklahoma. After the U.S. government forcibly relocated tribes from east of the Mississippi River to Kansas and Oklahoma in 1800, the region became home to the Kiowa, Caddo, Wichita, Kiowa Apache, Comanche Quapaw, and Osage tribes.

Poolaw’s photos reflect American Indian life as it was experienced—as a hybrid of traditional and modern cultures—not as imagined by outsiders and in the mainstream media.

Little Vivian Bigbow (Kiowa/Caddo), barely three feet tall in her cowboy boots, poses in front of the grille of a Ford Deluxe. A line of women in buckskin dresses march past a movie marquis advertising William Elliot’s 1949 railroad heist movie “The Last Bandit.” Pictures of men in tweed and pinstripe suits hang side by side with those of young people posing in ceremonial wear at the fairgrounds of the American Indian Exposition in Anadarko, which at the time was the largest annual intertribal gathering in the country.

Wall labels are spliced with commentary and recollections from friends and family. While the exhibition’s focus is firmly planted in the wider community in Oklahoma, it cannot be helped that the Poolaw family’s illustrious lives peek through.

Horace’s daughter Linda remembers Lucy Nicolar, who while engaged to her uncle Bruce, bought a live buffalo for the men to hunt.

“For a few days the folks enjoyed fresh buffalo—buffalo the elders hadn’t tasted in 40 years,” Linda recalled. “Needless to say, Lucy no longer had to prove herself.”

Lucy and Bruce met on the vaudeville circuits while performing with an Indian-owned company capitalizing on the Wild West craze of the mid 1900s. Lucy gained nationwide fame singing native themed songs under the name Princess Watahwaso. Bruce was a rodeo star, performing with the name Chief Poolaw.

Pascal C. Poolaw Sr., was the most decorated Native American soldier in the U.S. Army. Throughout his tours in World War II, Korea, and Vietnam, he earned 42 medals and citations, including four silver stars and three purple hearts.

For a Love of His People: The Photography of Horace Poolaw
Through Feb. 15, 2015
The National Museum of the American Indian in New York
1 Bowling Green
Free admission
americanindian.si.edu