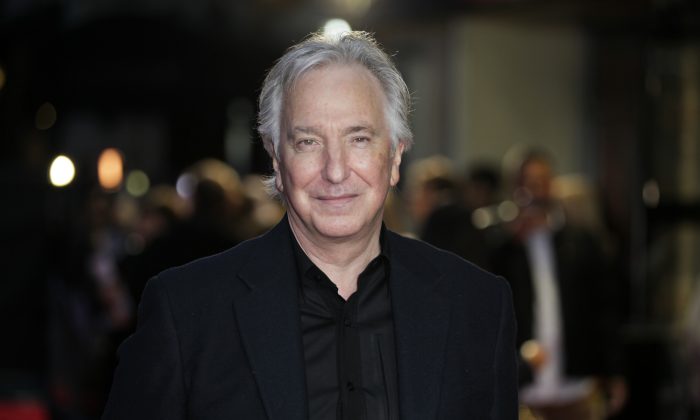 British actor Alan Rickman, whose career ranged from Britain’s Royal Shakespeare Company to the “Harry Potter” films, has died at 69 on Jan. 14., after a battle with cancer. (Grant Pollard/Invision/AP)
Life & Tradition

The New Yorker posted a cartoon in tribute to the legacy of the late Alan Rickman, who passed away on Thursday from pancreatic cancer at the age of 69.

Rickman, famous for portraying the main antagonist in a number of films, starred in the Harry Potter movies, as well as in Die Hard series. In both roles he portrayed a complicated but intriguingly-likable villain.

Remembering the actor Alan Rickman, in this cartoon by Benjamin Schwartz: http://nyer.cm/NtKYv4k

In the cartoon drawn by Dr. Benjamin Schwartz, Harry Potter and John McClane, have a drink together. The two protagonists of Rickman’s most famous films share a moment together as they recall upon their fellow antagonist.

Remembering Davie Bowie with this cartoon by Benjamin Schwartz: http://nyer.cm/vkLHFCi

Schwartz, also a lecturer at Columbia University, has posted many other cartoons. Just earlier this week, Schwartz similarly did a cartoon in honor of musician David Bowie, who also died of cancer at the age of 69.