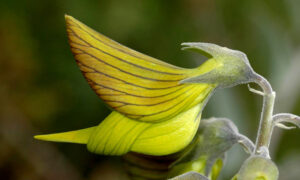 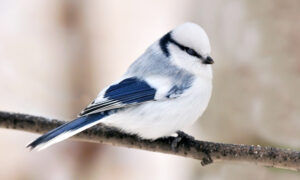 Meet the Azure Tit, a Tiny Frost-Blue Songbird Enchanting People With Its Cuteness
0 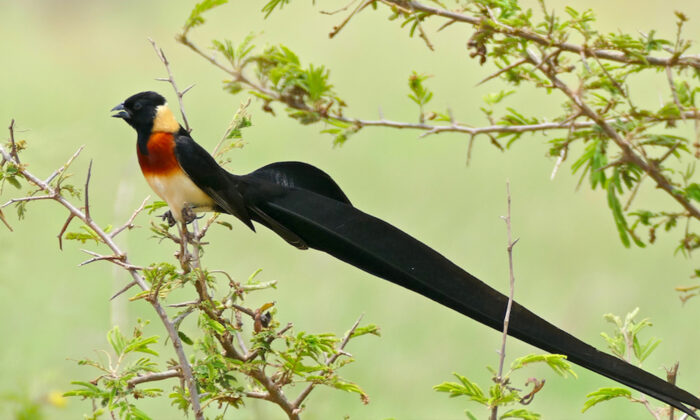 Birds come in all shapes and sizes, and each one of these creations of nature has a distinguishing quality that tends to set them apart. While some of them tend to boast a striking plumage, there are others that possess long beaks. Here are the five most beautiful birds that display gorgeous tail feathers.

Some birds don’t need to stun with their spectacularly colorful tail feathers; they can just charm the bird watcher’s eye with their uniquely styled tail. An Indonesian endemic, Wilson’s bird-of-paradise is found in the hill and lowlands of rainforests of Waigeo and Batanta Islands off West Papua, notes Beauty of Birds.

These rather small birds possess a striking bare blue head both in the male and female species, while the color of feathers tend to differ with the male being dressed in black and red while the female species is a brownish bird. Their two eye-catching tail feathers are violet in color and are curled like a wire in the opposite directions. According to the IUCN Red List of Threatened Species, these birds are listed as near threatened.

Found mostly in the Asian region, the black drongo possesses two distinctively long racket-like shaped tail feathers that twist a bit toward the end. This medium-sized bird possesses a shiny neck, a crest that curves backward. When in flight, the tail of these birds appears as if two large bees were chasing a blackbird. According to the IUCN Red List of Threatened Species, these birds are listed as of least concern.

Native to southwestern China and far northern Myanmar, this beautiful bird has an eye-catching long tail feather that measures an estimate of 80 centimeters in length. These distinctive birds move around thick vegetation singly or in pairs while feeding and thus might be hard to spot.

The black-and-white striped tail of the male species along with their body, which poses beautiful colors of green, blue, red, and white, sets them apart. Although these birds can fly, they prefer to run until they can burst upward at great speed. Lady Amherst’s pheasant is evaluated at least concern on the IUCN Red List of Threatened Species.

Commonly known as the eastern paradise whydah, these sparrow-like species are found across the sub-Saharan African region. These small passerines with short, stubby bills feed on seeds that have to ripen and fall on the ground. Usually, it’s hard to distinguish the male counterpart from the female counterpart during the nonbreeding season, as they look pretty similar, both possessing a strongly contrasting black-and-white head, including a characteristic dark bill and a double “C” pattern under the ear.

However, when the breeding season rolls out, the male species boasts a buff, black, and chestnut long tail that can grow three times longer than its own body. The distinctive tail is flattened with both short bulging feathers and long, tapering dagger-like feathers. According to the IUCN Red List of Threatened Species, these birds are of least concern.

Found in the lowland and hill forests of southwest New Guinea and Aru Islands, Indonesia, these birds possess thick central yellow tail feathers that are as long as wires and can seem like twisted ribbons.

However, it’s their dramatic yellow flaky plumes that can be raised upward or forward enveloping the wings that make this bird eye-catching. When the male finds a suitable female, he displays his wings. These special species that feed mainly on fruits and insects are listed as of least concern in the IUCN Red List of Threatened Species.