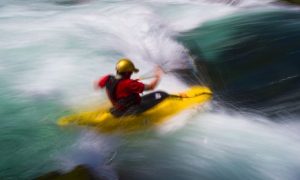 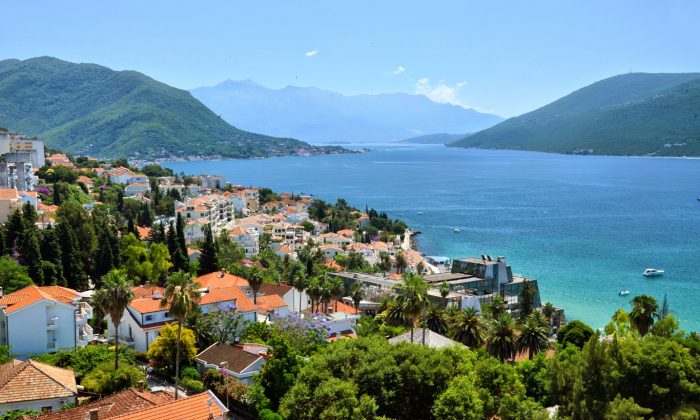 Herceg Novi (meaning “new castle”) is a charming little town located at the entrance of lush green, beautifully surrounded by mountains Kotor Bay. It can be a good, more quiet alternative to overcrowded with tourists Croatian towns like Dubrovnik or Split. However, don’t expect to see only locals there. Tourism in Montenegro is on the rise but Herceg Novi is still not as packed as, for example, other Montenegrin destinations – Budva (a party town where the famous Sveti Stefan island is situated), or Kotor.

A Brief History of Herceg Novi

Herceg Novi was built as a fortress town on the site of a small village (existing since Roman Times) around 600 years ago, in the fourteenth century. As a part of Europe’s most culturally diverse region – The Balkans, it can boast extremely tumultuous history, passing from hands to hands countless number of times throughout the centuries and even recent decades. According to Wikipedia, it was founded by a Bosnian King in 1382 and then conquered by the Turks. Later on it was owned by the Spaniards, Italians, Austrians, Russians, French, Austro-Hungarian and Montenegrin. During the second world war it was annexed by Italy again, and after the war it became a part of Yugoslavia.

How to Get to Herceg Novi

During high season, in the summer, it’s very easy to reach Herceg Novi from all possible destinations, both by land and sea. There are cheap public buses from all the popular places in Montenegro, like Podgorica, Budva, Kotor, Bar. It is also possible to arrive here from Dubrovnik in Croatia. On top of that, tourists agencies offer endless and very inexpensive tours and transfers, to and from (or including) Herceg Novi. I came to Montenegro all the way from Albania and took a boat tour that included Herceg Novi and other places in Kotor Bay. It was really cheap, around 15 EUR (19 USD) per person. Out of season, the bus is probably your only option.

What to See in Herceg Novi

Herceg Novi is very small, a day or even a couple of hours is enough to walk the old town, admire the scenic landscape of the mouth of Kotor Bay (which surprisingly resembles Scandinavian fjords) and climb the fortress in Stary Grad (the old town).

The town is a popular destination for Serbs and Montenegrin, as well as visitors from the East (especially Russians). Don’t worry, English is also widely spoken everywhere, and it may come as a surprise to you – Montenegro has Euro as its currency (although it’s not a member of the European Union!)

Herceg Novi’s old town reminds of different cities and towns in the region, especially Croatian (Kotor has a different color of roof tiles). It has all that other towns of this kind can offer: cozy little streets, beautiful blue sea, amazing and cheap sea food, medieval architecture and of course the ubiquitous red roofs contrasting with bright walls of the houses. Luckily, Herceg Novi didn’t fall victim to the grim, gloomy Soviet architecture and it lacks the grey concrete apartment blocks that can be found everywhere in the region. The new architecture around integrates into the landscape perfectly, it’s bright and lively.

In the old town, you must see: the old town gate, Belavista Square, St. Michael Archangel’s Church and St. Jerome’s Church. If you have more time, visit also Savina Monastery, a 30-min walk from the town center.

Kanli Kula, meaning “bloody tower” is a fortress sited right above the old town. If you arrive by sea, it can be seen from a distance, rising among the greenery and old town houses. It was erected by the Turks in the sixteenth century. The entry fee is only 1 EUR, you must climb a few steep steps before entering an impressive open air theater from the top of which you can admire the breathtaking views of the red roofs and the Bay of Kotor in the distance. One of the most beautiful views in Montenegro.

The sea and the beach

Don’t expect too much from the beach in Herceg Novi, the views are beautiful but the pebble beaches tend to be overcrowded and really small. Luckily, there are nicer beaches all around the Bay of Kotor, (Zanjic being the closest most spectacular – with breathtaking Blue Caves nearby) and surely you will find many transport options: transfers or tours that can take you around. However, if you think about Montenegro as an off the beaten path destination, because it’s not well known, think twice. There are a lot of tourists (especially from the East) visiting it. If you look for empty, secluded paradise-like beaches from movies about castaways, don’t be afraid and go down the coast to southern Albania – it’s very safe (contrary to popular opinion that is dangerous) and you’ll feel like you’ve left Europe and entered a completely unknown land.