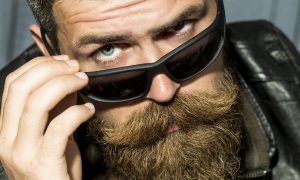 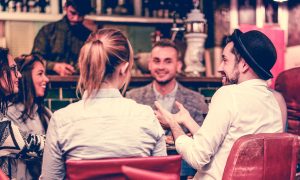 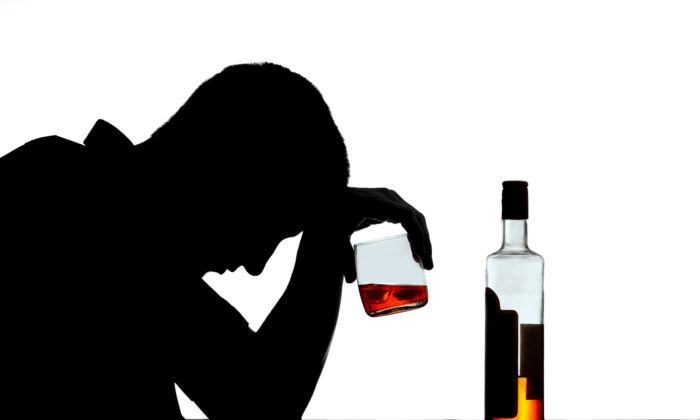 While popular belief has held that the hangover results primarily from the effects of dehydration and electrolyte imbalance, the research tends to say otherwise. (Thaumatrope Media/Shutterstock)
Mind & Body

The hangover has been a part of human existence for as long as we’ve consumed alcohol but new research suggests a combination of fruits, leaves, and roots can relieve the underlying causes of this unpleasant condition.

The causes of veisalgia, commonly known as a hangover, are poorly understood but we do have some understanding of how alcohol affects our metabolism, which is the chemical reactions that take place inside the body to keep us alive.

Drinking alcohol is linked to sleep deprivation, dehydration, electrolyte imbalance, altered glucose usage, malnutrition, and suppression of the immune system. Drinking alcohol can also lead to the body producing too much acid (metabolic acidosis) and can disrupt the body’s ability to synthesize prostaglandins, which have diverse hormone-like effects throughout the body.

Drinking alcohol can also cause acetaldehyde to accumulate in the body and this seems to drive many of these other changes. Acetaldehyde is a byproduct of our liver detoxifying the alcohol. It is an irritant to living cells and has been classified as a Group 1 carcinogen by the International Agency for Research on Cancer (IARC).

In response to the presence of acetaldehyde, the body produces a series of downstream effects that likely drive many hangover symptoms. The most prominent of these effects is edema, an inflammatory response that leads to the commonly experienced post-celebratory syndrome of headache, brain fog, body aches, and fatigue.

Anti-inflammatory drugs such as ibuprofen and naproxen have been used for decades with some success in countering these problems but there seems to be something missing. Even when this treatment was combined with known effective treatments, like hydration, electrolytes, and anti-histamine medications, there was still evidence of hangover effects. This lingering effect has driven a search for natural remedies but only one remedy, potentiated clinoptilolite, has been supported by research. Good luck finding it though.

Researchers from the Institute for Molecular Physiology in Germany recently discovered that a combination of plant extracts helped alleviate a hangover in a randomized double-blind placebo-controlled study.

The 214 participants were broken into 3 groups who each received their “treatment” before and after drinking. The first group received the plant extract and a vitamin/mineral blend; the second group received only the vitamin/mineral blend; the third group received only a placebo solution of glucose. The average amount of alcohol consumed was virtually the same in all three groups during a four hour period after which participants were sent home to sober up. Twelve hours later, the participants filled in a questionnaire about the type and intensity of perceived hangover symptoms. Hangover symptom intensity varied widely among the participants.

The group taking both the plant extract and vitamin/mineral blend reported less severe symptoms including a 27 percent to 42 percent decrease in headaches, nausea, apathy, and restlessness. This was in comparison to the placebo group as well as the group which received only the vitamin/mineral blend.

While popular belief has held that the hangover results primarily from the effects of dehydration and electrolyte imbalance, the research tends to say otherwise.  According to the investigators, the familiar effects of the hangover are multifactorial with a driving force being the presence of excessive levels of acetaldehyde, the residual toxic product formed in our body after the alcohol has been metabolized by our liver. Based on the results of this study and those that came before, dehydration and electrolyte imbalance are at best minor contributing factors. It is the effect of the acetaldehyde on the various organs of our body which likely produces many of these hangover symptoms.

The fruit, leaf, and root components of the plant extracts given to the study participants had been shown to either increase the body’s action of detoxifying the acetaldehyde or protecting organs, such as liver and brain, from the effects of this toxic metabolite. This enhanced alcohol detoxification effect has also been found in Asian ginseng, fenugreek, mango, asparagus, spur flowers, and Asian pear.

The researchers stated, “It seems to be clear that hangover symptoms are predominantly caused by alcohol and its metabolites …. this study significantly supports the finding that the hemostasis of electrolytes and minerals inferred by alcohol consumption might not be as strongly affected as believed, as any significant dehydration process due to (moderate) alcohol consumption also could not be observed.”

Armed with this knowledge, future researchers can now focus their efforts on substances that impact the detoxification of alcohol and its toxic metabolite of acetaldehyde.

This may seem a frivolous medical issue to many but one in eight Americans or 12 percent suffer from alcoholism. There is no doubt that the root solution to this problem is to stop drinking but that is easier said than done. It may take alcoholics years to psychologically prepare themselves to eject alcohol from their lives.

During this time, the toxic effects of alcohol and acetaldehyde continue to ravage their bodies and minds. Then you have your average suburban Weekend Warrior who wants to enjoy a Friday night having some drinks with friends without ruining his Saturday morning with a hangover. While unlikely to save many lives, a potent plant extract hangover remedy would improve the quality of life for millions of Americans—every weekend no doubt.