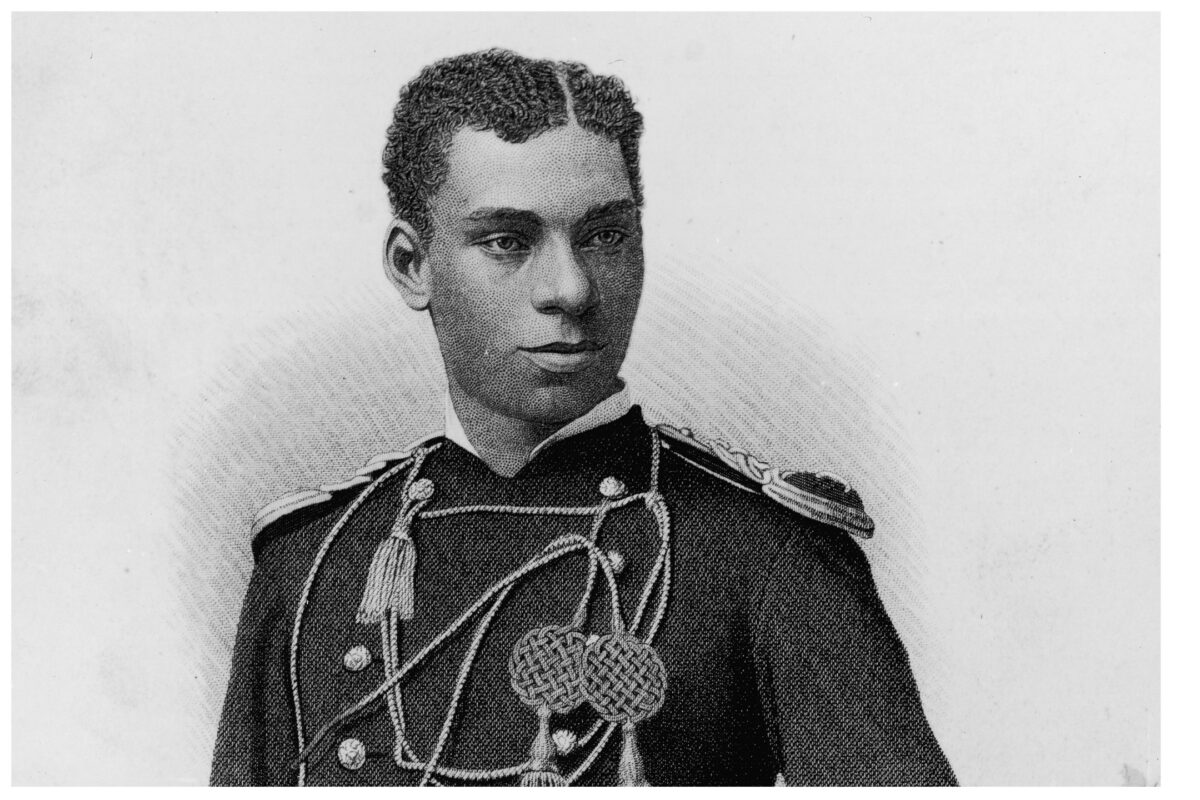 Despite experiencing the bitter fruits of racism, he never gave up on America—or its Constitution
BY Lawrence W. Reed TIMEJuly 27, 2022 PRINT

When individuals soar above their circumstances, they catch our attention. When they hold firm to timeless principles despite challenges and temptations, they inspire. When they speak the truth, do their duty, and adhere to high standards of character, they are models we should seek to emulate.

One such man was Henry Ossian Flipper (1856–1940). In so many ways, his story defies today’s conventional wisdom, just as it did in the decades he lived it.

If this man were as praiseworthy as I suggest, you might well assume he was blessed with a head start by being born rich and privileged. You’d be sorely mistaken.

From Slavery to West Point

Flipper was born into slavery in Thomasville, Georgia, five years before the start of the Civil War. His parents, Festus and Isabelle, were owned by a slave dealer named Ephraim G. Ponder. Festus made shoes and, after the war, opened a small shoe business in Atlanta. Isabelle “trimmed” carriages, which means she installed and repaired the interior of carriages.

The Flipper family, both during slavery and afterward, never were rich in material things. They were, however, wealthy in what counts for so much more: They were a loving family that nourished excellence in every endeavor.

Flipper’s parents taught him and his four younger brothers to lift themselves up and never let anybody else get them down. This emphasis on hard work and character from an early age worked in every case. One brother became a successful farmer; another, a college president and bishop in the African Methodist Episcopal Church; another, a college professor; and the fourth, a physician. To the Flipper family, what we call “the American Dream” was as real and personal as it gets.

Flipper, you might suppose, must have been lucky enough to never stare down a major, life-altering test. Wrong. His dream was to become an officer in the U.S. Army. He achieved it, only to face racial discrimination along the way and, ultimately, an unjust court-martial that prematurely ended a promising military career. He proved that it isn’t as much the problems you face in life that decide your fate, but how you choose to deal with them.

What did this man of sterling character do to prompt a court-martial by the Army? In 1881, he was falsely accused of embezzling funds while a quartermaster at Fort Davis, Texas. He was acquitted of that offense but found guilty of “conduct unbecoming an officer” and dismissed. Nearly a hundred years later, in 1976, the Army Board for Correction of Military Records overturned the second, racially motivated charge, and, in 1999, Flipper was granted a posthumous presidential pardon.

One can easily imagine Flipper turning against the country that enslaved his parents and subjected him to a humiliation he was never able to officially erase during his lifetime. If you assume that he became resentful, bitter, and anti-American, you’d be wrong again.

Flipper loved America. He was a first-rate scholar of history. He knew America didn’t invent slavery. He understood that while some Americans enslaved his parents, other Americans helped free them. One—a white Georgia Republican congressman named J.C. Freeman—judged Flipper on his character and abilities and secured his appointment to West Point. Flipper became, in fact, one of America’s most articulate defenders and a staunch proponent of the Constitution.

Before sharing with readers a few things Flipper had to say about this country and that document, consider these remarkable achievements of this American:

Once, while in Mexico, Flipper was thrown into a filthy jail for reasons he discovered later when a friendly Mexican governor ordered his release. He had mentioned in a letter to a friend that a local priest was engaged in repeated sexual behavior with his own daughter. The charge was true and made its way into a newspaper, whereupon the priest arranged to have Flipper arrested. Flipper writes about it later and adds:

“There was a wealthy man in Mexico City that married his sister. He got a dispensation from the Pope and paid $40,000 for it. Don’t you show this to any newspaper man. It might get me in jail again.”

Flipper’s adventures before and after his undeserved court-martial are worth reading about—both in his own words and in the writings of others. For more information about them, see the suggested list below this essay.

In the last decade or so of his long life, Flipper authored numerous articles and letters. Biographer Harris notes that they provide a record of Flipper’s belief in “a strict constructionist” view of the Constitution, especially those provisions that framed our federal system of states’ rights, individual liberties, and separation of powers. Harris writes:

“On these issues, he was, paradoxically, an African American Jeffersonian. In letters from 1936 to 1940, he expressed a strong mistrust of the Democratic Party and an outspoken opposition to President Franklin D. Roosevelt and the policies of the New Deal. Many of Flipper’s views presaged the ideas expressed today by such prominent black conservatives as Clarence Thomas, Thomas Sowell, and Walter Williams.”

Without a doubt, Thomas, Sowell, and the late Williams would cheer these words from Flipper’s pen in 1936:

“No civilized people is so ignorant of their Constitution and functioning of their government as the American people, and this ignorance runs all the way from the college graduate to the most illiterate clodhopper. In our schools … we are taught everything except the language we imagine we speak and the Constitution of our country.”

Flipper lamented America’s statist drift in the 1930s under FDR. He saw black America’s embrace of the Democratic Party as a betrayal of the Republicans, who had ended slavery. He rightly observed that by supporting Roosevelt and Northern Democrats, blacks were empowering the very Southern Democrats who had imposed Jim Crow segregation. He was particularly disgusted when FDR appointed a former Ku Klux Klan member to the U.S. Supreme Court. FDR also personally snubbed Olympic gold medalist Jesse Owens by inviting only white athletes to the White House, a fact that rankled a lot of black citizens, not just those of Flipper’s political persuasions. Of America’s 32nd president, Flipper writes,

“Roosevelt has led the people, the unthinking element, to believe the federal government would take care of them under all circumstances, guarantee them jobs or take care of them when no jobs were to be had, thus lowering their morale.”

His perspective on the size and role of the federal government was perhaps best distilled in this passage from one of his letters:

“You see, I believe in the States. They existed long before the Federal government, which they themselves made. We do not want a strong central government in this country. History has shown the numberless evils of such government.”

Flipper died in Atlanta in 1940 at the age of 84. Just as he never gave up on America and the ideals which prompted its birth, we today shouldn’t give up on learning about black Americans such as him. Through character, he rose above adversity. He saw enormous potential for America and the millions of good people in it, irrespective of color.

And he wasn’t afraid to think for himself and to say so.

“Barricades: The First African-American West Point Cadets and Their Constant Fight for Survival” by Tom Carhart