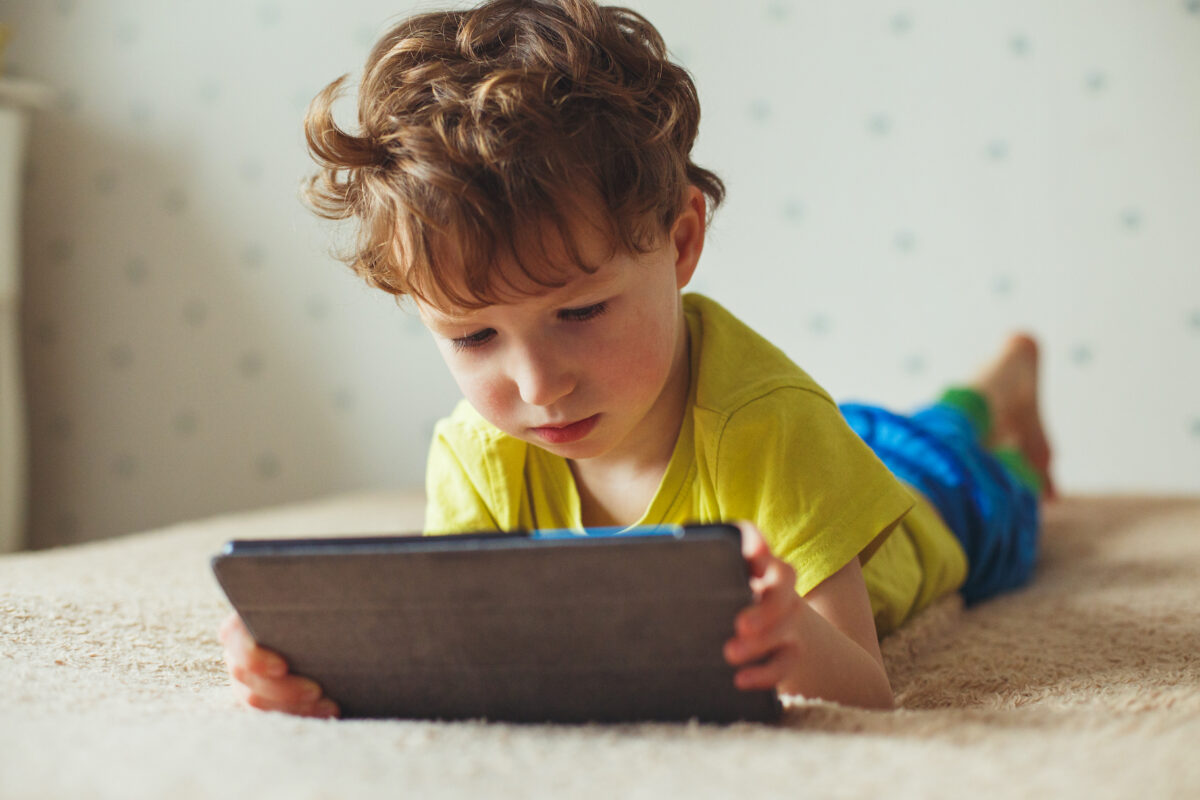 Target the weakest link in the habit chain to help your child escape a budding screen addiction
BY Melanie Hempe TIMEMarch 20, 2022 PRINT

Not all screen uses are bad. We watch YouTube to figure out how to fix our car or make a new recipe. We use software to make household budgets, and we need email for nearly every area of life. These technologies can help us navigate the everyday details of life. But some leisure screen habits—video games and social media—waste our time and potential. Our kids get the shortest end of the stick.

All habits, good or bad, are a reflection of the brain’s effort to save energy. When the brain shifts certain daily decisions and activities to autopilot by building habits, resources are freed up for other things. But some habits are more harmful than others, as they interfere with our well-being.

Leisure screens provide children with low-effort, high-reward activities. This makes screen time one of the easiest habits to build and unfortunately—thanks to persuasive design—one of the easiest habits to abuse. Screen use is especially dangerous for a young developing mind because it is easier to give in to a lazy screen habit than to do homework, chores, or manage relationships in real life.

It is easier to understand how screen use controls our kids when we understand how habits are built. The steps of a habit include: a cue, a desire, an easy routine, and a reward. All of these steps depend on the others. Interrupting one of the steps will dismantle the habit. Some people interrupt the cue to get a high calorie coffee every morning, by taking a different route to work to avoid the coffee shop. Others have discovered that removing a cue—hiding the TV remote—works very well. Our goal is to keep the good habits by making them easy to do and eliminate the bad habits by making them hard to do.

Screen habits work the same as other habits—they start small and then get stronger with repetition. Innocent screen routines, like playing on a parent’s phone in the grocery store, on a long car ride, or on the sidelines at a sibling’s soccer game, lead to strong habits. For some kids, one decision to quit a sport can be the small change that leads to a full-blown gaming habit, and even addiction. For others, the innocent gift of a smartphone for Christmas will mark a downward spiral in a teen’s life.

Like the sound of a whistle at the starting line before a race, a cue triggers the brain to follow through with the activity that has been associated in the past with that cue. Every time the cue appears—being in the grocery store, getting in the car, or being at a soccer game—the brain remembers the reward associated with that cue, which triggers the desire. Many things can become cues, but parents like Beth, a mom of three, agree that a certain time of day can become a strong cue for a screen habit.

Beth’s oldest son, Jack, became obsessed with a certain video game. Like many of his high school friends, he would head to his room to play video games every day when he got home from school. His cue was the transition time between walking in the door from school and settling in at home. Beth was exhausted, trying everything she knew to limit his gaming habit.

After we discussed screen habits at a ScreenStrong workshop, Beth decided to change her family’s habits by interrupting that afternoon transition time. On a normal day, she would stop by the grocery store before picking up the younger siblings from school and start dinner prep when they all got home. Jack would get a ride home with a friend and start gaming.

One day, she decided to deviate from her normal routine of unloading groceries and starting dinner and told the kids that she would jump on the trampoline with them instead. Her youngest son was so excited that he ran to Jack’s room to tell him the news. Much to Beth’s shock, Jack left his game and came running down the stairs to see if his mom was really going to jump on the trampoline.

What happened next was key. After Jack watched mom jump for a few minutes—something they all found pretty entertaining—she convinced him to join in. He did. He jumped on the trampoline with his younger siblings and had a blast. While they were outside, a neighbor wandered over and asked Jack if he could help him move something in his backyard. Jack agreed and went to the neighbors to help. He came home an hour later and helped his mom get dinner on the table. He did not play his video games that night. His normal afternoon routine was interrupted.

Beth’s story is a good example of the power of stopping a habit by interrupting the cue. The small decision to delay the groceries and dinner prep and go outside with the kids after school disrupted their normal routine. It worked once. Beth wondered if it would work again.

Beth began to plan something simple every day to interrupt that particular gaming cue. She now keeps a football in the car for afternoon stops at the park on the way home from school. She plans a short walk with the dog and all three kids on some afternoons. She even changed Jack’s carpool schedule to pick him up two days a week, so she and her son now have time to connect on the way home.

She told me that the biggest secret was rearranging her meal-prep time to the night before and switching to hearty, but simple, meals. The result? Beth is available and present after school to clear out the cues that were creating the screen dependency. There is no longer a struggle with gaming after school and there is much less conflict. The family is less stressed and much happier. That move turned out to be more powerful than all her counseling appointments with her son.

Beth has witnessed the fascinating power of how one small strategic change can dismantle a budding habit. If you want to change the habit, interrupt the cue and make the routine harder to do. Beth has discovered how changing the flow of three critical hours during the afternoon derailed her son’s gaming habit. She also discovered what many ScreenStrong families have discovered: that when you remove bad habits, you make space for good things to happen.

In Jack’s case, his neighbor asked him to help with his landscaping business as a result of reconnecting that day. Jack now works for him a few days after school and on weekends. His weekday video gaming dopamine has been replaced with healthy dopamine: meeting new people, exercise, and more meaningful and purposeful activity. These good habits will lead to more good habits, and the game no longer has the same hold on him.

While we may not have the power to dismantle the persuasive design found on screens, we do have the power to dismantle unwanted screen habits in our home. There is a popular myth that says screens are here to stay, and we have to teach our kids how to manage bad screen habits so they will be stronger. Nothing could be further from the truth. No one benefits from practicing bad habits. If we want to teach our kids how to build good habits around screen use, we must teach them to remove temptations from their environment. They can’t do this themselves though. They need parents to make the changes to their environment, so they will be set up for success instead of failure.

The screen solution is not overwhelming when you understand how much power you have over habits. Your kids will follow your lead like they follow the lead of a good coach. Before long, that screen habit may not completely disappear, but it will get weaker and lose its power over your family. Take a stand for your kids and take one small step today to mix things up.

When parents create an environment for their kids where doing the right thing is easier than doing the wrong thing, everyone wins. Our kids win, our families win, and our culture wins. Is it really possible that something as simple as jumping on the trampoline with your kids could rescue them from a screen addiction? Yes, sometimes it is.

Melanie Hempe, BSN, is the founder of ScreenStrong, an organization that empowers parents to help their children gain the benefits of screen media without the toxic consequences of overuse that threaten healthy mental and physical development. The ScreenStrong Solution promotes a strong parenting style that proactively replaces harmful screen use with healthy activities, life skills development, and family connection. This article was originally published on ScreenStrong.com.

Melanie Hempe
Follow
Melanie Hempe, BSN, is the founder of ScreenStrong, an organization that empowers parents to keep the benefits of screen media for kids while empowering parents to delay screens that can be toxic—like video games and smartphones. The ScreenStrong solution promotes a strong parenting style that proactively replaces harmful screen use with healthy activities, life skill development, and family connection.
SHARE
Friends Read FreeCopyFacebookTweet
You May Also Like