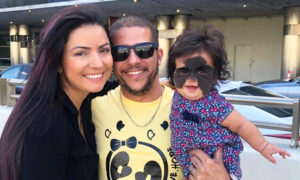 Baby With 'Batman' Birthmark on Her Face Called a 'Monster' by Online Trolls, Travels to Russia for Surgery
0 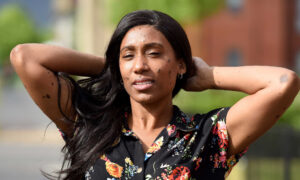 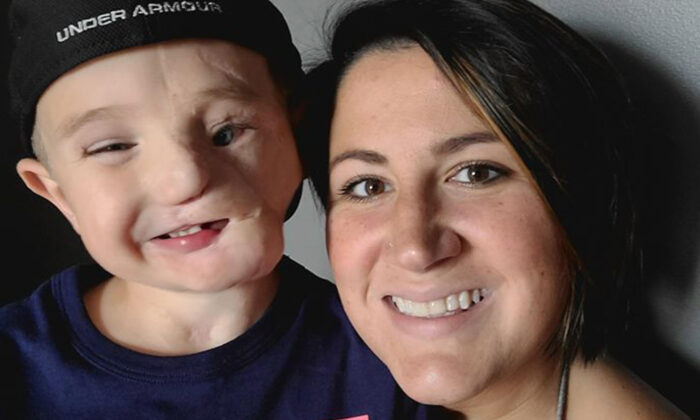 The grief-stricken mother of a 5-year-old boy whose face was ripped off in a dog attack expressed her heartbreak after her son was taunted by strangers who called him a “monster.”

At just 21 months old, Ryder Wells was attacked by two 100-pound (approx. 45-kilogram) rottweilers and was left permanently disfigured after having 50 surgeries to reconstruct his face.

The traumatized tot lost the whole of his right cheek, the bottom of his eye lid, and 75 percent of his lip; his teeth were crushed and he suffered a broken arm and a puncture in his right lung.

Speaking on Thursday, his distraught mother, Brittany, 31, told how strangers in the street have made nasty comments about the youngster, and he’s even been dubbed a “monster” in the playground.

The teaching assistant said: “In the beginning it was horrible because even adults would stare. For the first year, he had no face on one side because he had two unsuccessful skin grafts.

“When we go to the park, there’s a child who points and screams ‘monster’ at him before running away. Out shopping the other day someone shouted ‘ew’ at him.

“It’s hard and it breaks my heart as a parent that after everything he’s been through, people aren’t always nice over something he can’t help.

“But he is such a fighter, he doesn’t let anything hold him back.”

Ryder was attacked by a family friend’s rottweilers back in 2015 and spent 14 hours in surgery after he was airlifted to hospital.

Medics warned Brittany to prepare for the worst, but despite doctors’ expectations, Ryder defied the odds, learning to eat and drink and attending preschool and kindergarten.

The mother of two, of Granite Falls, North Carolina, said: “It happened so quickly.

“We were visiting friends and they had a dog lap about the size of the dogs. We were eating breakfast and Ryder was back and forth to his toys and back for bacon then he disappeared.

“I looked out of the window and he was face down in the garden. He had pyjamas on and they’d been completely ripped off so he just had a sleeve on.

“When we picked him up and rolled him, his face was just gone.

“He’d been around the dogs before and they’d been fine so I don’t know what happened.

“The doctors said they would do what they could but we weren’t expecting him to make it. They said it’s a miracle that he’s still here because he was so small and the injuries were so severe.

Ryder had to have a tracheotomy due to a punctured lung, his mother said, adding that doctors thought the dogs had bitten so far into his skull that he would be paralyzed.

He is expected to have even more surgeries until he fully matures, including nose reconstruction and dental work to replace his crushed teeth.

Brittany is speaking out to raise awareness about the effects bullying can have on someone with a facial disfigurement as Ryder is due to start first grade in September.

She said: “He knows that people are talking about him but he doesn’t say much. He wears glasses and a cap and sometimes he’ll hang his head to hide his face.

“I try to deal with it in a better manner so it doesn’t affect him so much. But I just tell him every day that he’s beautiful, different is beautiful and it’s ok to be different.

“I just reassure him as much as I can but I’m absolutely terrified about when he goes to school. There are always going to be a couple of kids who aren’t kind.

“When he started kindergarten, the kids learned about Ryder before they met him so they wouldn’t be as shocked.

“You always want your kid to be accepted and to fit in. Just because he’s different, it doesn’t make him less of a person.”

The two dogs were taken away by animal control and put down the same day.

Brittany said: “He’ll never look the same and we face a lot of obstacles.

“The doctors said he would never be able to eat normally, he only has eight teeth now but he eats everything. He refused a puree diet and the special cup they gave him and learned to drink on his own.”

She added, “He’s really adapted. He has a great group of friends and people in the town know him now so that boosts his confidence. He’s been amazing how he’s adapted after what he’s been through.”

The family are now fundraising for Ryder’s plastic surgery and have set up a GoFundMe page and are accepting donations.

Caters News contributed to this report.