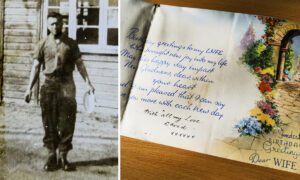 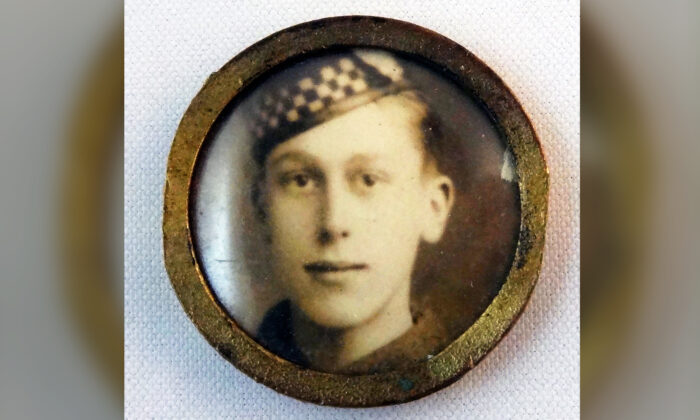 Heartbreaking Last Letter Written by Soldier, 18, to His Parents in WWI Is Unearthed at Museum

A heartbreaking letter from a teenage soldier killed in World War I was unearthed during museum renovations.

Private Vincent Collins, 18, wrote the last letter home to his parents in 1915—the night before his unit moved into the trenches.

The soldier, serving with the 8th (Argyllshire) Battalion, was wounded later that year and died from his injuries. The letter was sent to his parents, Harry and Martha, and ended with the emotional signoff: “I could not have had better parents, of that I am sure. Especially you dear mum.”

The emotional letter was discovered during renovations at the Argyll and Sutherland Highlanders Museum, in the UK city of Stirling.

“Not only do they give an indication of what life was like at the Front, [but] they’re also very touching.”

Vincent’s letter, says Spark, was short and hurriedly written but communicates his nervousness and fear about the upcoming days; alongside expressing the love for his family.

“It still gives me goosebumps when I read it,” Spark said.

Sadly, Vincent’s letter is in such a poor condition that the museum isn’t able to put it on general display currently, but Spark assures, “our film really does bring it to life.”

Other handwritten artifacts include a letter from Private George Martin, 2nd Battalion, who wrote a letter to his sweetheart not long before his death on the front in 1916.

He wrote: “We have not said about being engaged, we are practically… I hope this war will finish for I want to get home.”

Alongside George’s letter on display is another poignant note from Private James Sword. He enlisted in December 1915 at the age of 36 and was one of the lucky men to return home to his family.

The letter on display is one that he received from his children, John and Bella.

John wrote: “Mother’s looking for the bus every day and I am a good boy… and you have to come home for Christmas.” On the back of the letter were kisses from both children.

Private Sword had previously lost his daughter Margaret to illness, so items from home would have meant even more to him.

Rod Mackenzie, the museum curator, said: “The museum is home to a collection of over 12,500 artifacts, all with their own fascinating stories to tell.

“Handwritten items like Vincent’s letter home, the letter to Gertie, and John and Bella’s letter to their dad really do bring to life the impact war had on everyday people.”

Mackenzie added that the museum is incredibly proud to play its part in preserving these treasures.

He also urged people from Scotland, the United Kingdom, or different parts of the world who had relatives who served as a member of The Argylls to share information with the museum.

“Visit our social media channels and share your stories,” he said.